An Mecha March post that never made it into march but it’s going to make it into May!

Tinkering sweat goes into fixing anything mechanical that comes back from a hell battle or used over and over till abused. Pilots get recognition easy for saving the day but what about the engineering minds losing sleep to meet a fast deadline and under the pump majority of the time. Where is there recognition? I’m about to share some of that! 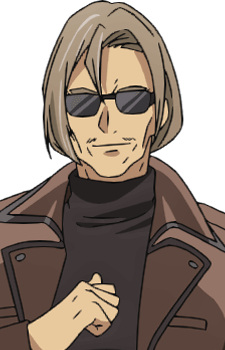 This mechanical mind only appears so many times during season one but I just find Aldrecht a cool mind. Aldrecht considered himself a father to the spearhead squadron especially when scolding Shin (undertaker) a lot after coming back from a mission. The members in squadron you can feel the respect and how they looked up to Aldrecht. He deserves more than a little recognition here. 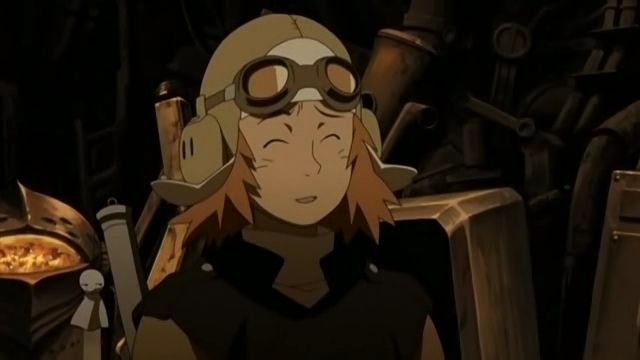 In the fight against the Nobuseri mechanical engineered mecha’s Hachi is the samurai seven’s key component force against them. Hachi was one of the first mechanical brilliant minds that first came to me, throughout the whole series he has calm composure 80% time and latter half when learning of a betrayal, let’s rip his irritated side. The samurai team deal with some unexpected turns and Hachi is always there to solve the problem in a quick window of time, very innovative mechanic to have on hand. 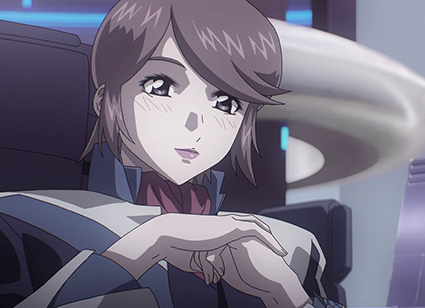 I still need to discuss Fafner on here but this might be a weird choice to include as this strong women is more of scientific behind-the-scenes mind. Fafner is a fascinating series with a intriguing plot but of a sad tale. Hazama is one of many characters caught in the horrid circumstances involved within the plot. Which makes her a strong, respectable character I had come to truly admire through my recent rewatch not long ago. I was reminded the sweat and tears she puts into the upkeep of the fafner mechas and watching over the young pilots battling the alien race known as the festum. Also for the mother role she takes on just makes your heart go to mush. 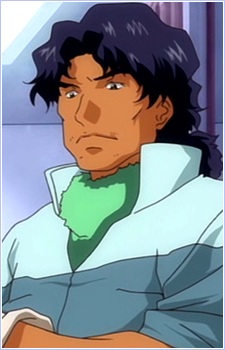 Well of course I had to include some Gundam on here for this list and this down to earth mechanical mind came to mind. Oh what a great use of a pun there hahaha. Murdoch was a mood during my first watch ever of Destiny, especially keep the young novice mechanics in line whenever the Archangel went into battle. Murdoch is your senior, calm collected guy especially the battle activity that goes on during the series. The Archangel mechanic team constantly under pressure to deliver and don’t think they would have if it weren’t for Murdoch. This woman knows how to handle herself and very male centered team she works within. Gargantia is set on a earth planet covered in water and people live on ship city barges. Each barge requires a huge team for a massive mechanical upkeep and Bellows is one of many involved as a boat pilot and business operator on the side. Mechanic side of things aren’t just about greasy tools and fixing things, the role plays a massive mentoring side. Bellows oversees Ledo a pilot from another universe and his mecha Chamber, Bellows plays part of a influence over Ledo, adding to his changing outlook from everything he thought he knew. She keeps him in check! Handy woman to always have a around all rounder rely.

Look a mecha post made it in a M month, just not March. haha. I know I haven’t seen many people talk about the mechanics behind the mecha much like this so hope I start some sort of conversation or post inspiration for you to do your down.

Do you have a favourite mechanical mind within the mecha genre?