I’d be pretty proud of me too were watching more two seasonals and remaining consistent.

You might think I have a fever or noticed on my ani list I’m watching a few new sparkly shows for Winter 2022. Entirely I blame this on to new blog outside influences and highly looking to remaining a consistent thing. These new influences are very different to previous ones that have affected me in a very different way, I am very glad for that. This will make some blogger people I know quite pleased, Lita is going to be mentioning more seasonal. Least for this year I’d like to do a collected post based on first three episodes of seasonal shows I’m watching.

I did not pre-analyze anything for this season and currently everything I’m watching thoroughly enjoying to the fullest so far.

This is currently the seasonal favourite and deserve that spot with a very solid start. I had seen the manga for this floating about since last year but knew nothing until watching the first episode. Deliverance from plot, characters and animation is top draw for me. A rom com with interesting combination colliding a boy who adores crafting hina dolls and a eager girl with zero sewing skills wishing to cosplay her favourite character. It works so good together if not for Goujo and Marin, making an adorable impression in first episode for me. Marin dominating the scene with her chillaxed attitude towards “you like what you like” who cares what others think. Capturing Goujo by surprise and changing his world from that moment, Marin’s want for nothing else to just cosplay her character is nostalgia. Capturing the joy this hobby brings, I never thought I’d get into brought me a new found joy towards anime.

This series I also find clever on it’s deliverance of some cheeky shots in a particular episode. Using ecchi, fanservice element with thought in mind towards Goujo’s reactions and taking a particular scene instead fanservice saturated into something innocently entertaining and hilarious. I appericated this whole sequence because it wasn’t about just the breast and butt shots. When a series does this, becomes a high riser for me. Truly this series is my season favourite right now and more so with the person I’m watching it with. 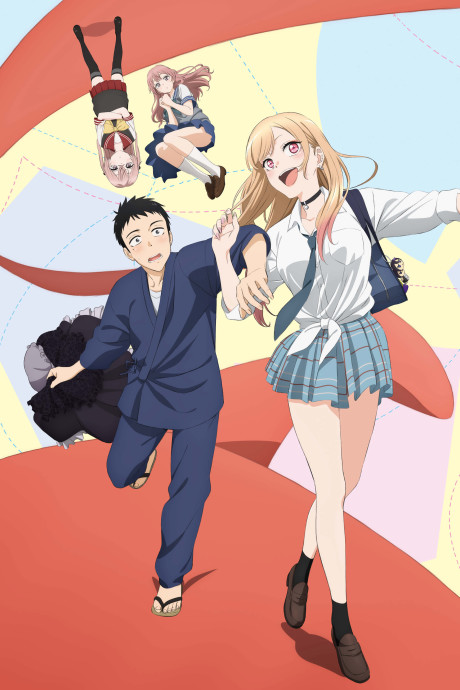 
Don’t think I’ve ever spoken much on Attack On Titan on this blog, very few times. It’s a series I like to enjoy, doesn’t make me want to jump on the blog and write about it. There are those series you just want to enjoy and do nothing more. Although be a crime to not mention it at least in this post. It was pretty special last year getting to binge first part of Final Part 1 with my friends, that was a great night. A massive reason why I can still get pumped about this series. Crazy it will be all over very soon this long saga and so far all I have one word to describe the first three episodes so far: Savage.

Don’t think you would expect anything less haha. 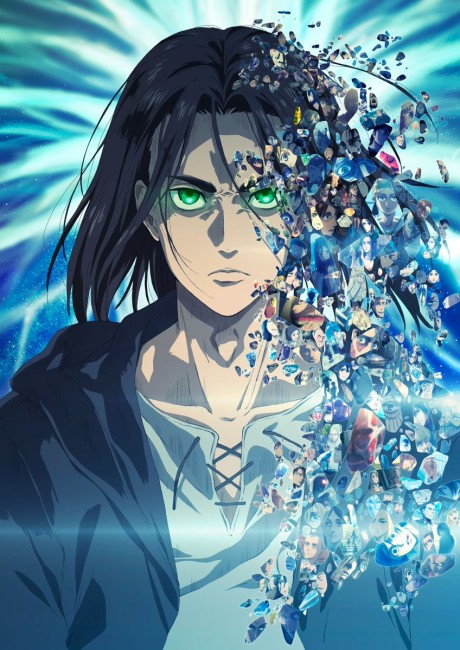 
I’m surprised I’m watching this weekly but watching with someone makes it more enjoyable in this case, that’s probably why. I found it very weird this starting airing in December right before the season started, felt a bit out of sync but you know whatever. Because this arc is about the same word as Attack On Titan: savage. The deliverance is so high that it almost scares me for future expectations but once a new episode starts playing, I’m immersed. Don’t bother me because I’ll ignore you during this time. This arc I am enjoying a tad more than mugen train, I loved that arc in movie format but district arc has some devil edge that is intoxicating. My only complaint is why is this 11 episodes only? That’s ridiculous. 
Studio Deen and boys love it was a instant yes over here. Half of the first boys love series I ever watched were animated by this studio. Over the years I have new expectations and hopes of getting more boys love from this studio. It’s been a while though. Again I knew about this adaptation due to the manga circulating last year, just never got around to it yet. This boys love is staying in the realm of fluffy and innocent, if it wants to add spice later on I won’t object haha. This boys love so far executed extremely well specially with that sparkly animation creating a wonderful feel good atmosphere.

Plot point Miyano reads boys love is a bonus perk, how convenient hehe. Sasaki using that tool is his own devices to get closer to Miyano is a hilarious tactic utilized well. There interactions shrouded in sparkles and pastel of innocence is one of my favourite things about this series, weird as it is to say. The sparkles effect used in romance anime either ends up being too much over overused in some cases but here the amount is perfect to me. Adding some warming adoration that is simmering slowly between main guys. This is a great cute dose to my seasonal weekly watching and high recommendation to those I say who have never tried boys love. 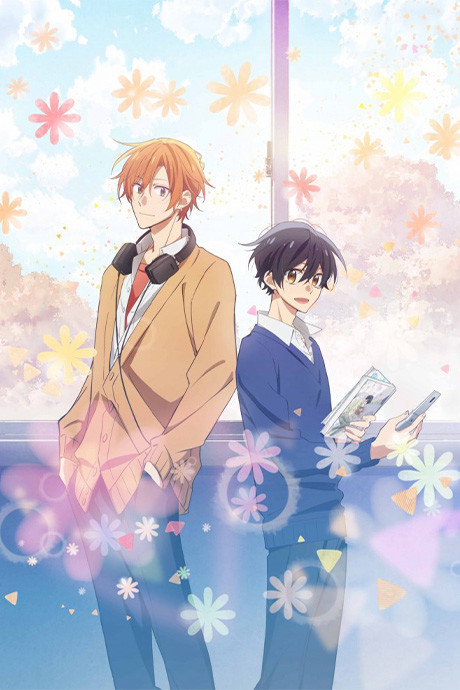 Very few original anime I’ve noticed this season but this series was the first I watched right off the bat for season and I’m fascinated. The first episode is 50 minutes was a decent outlay of the world and placed curiosities. I’m purely keeping up with this out of fascination of where things will really go. I’ve noticed much talk on this series and the potential to be the underdog for Winter is there but it’s a wait and see. Three friends Aoi, Suido and Akagi get these phone calls from there supposed deceased friend Asumi, experiencing freakish body experience of a future that is about to happen. Asumi giving them two options of casualties and calamities of whatever they decide and to create their own future through what is about to occur using their abilities. I like this future aspect especially it making sense in episode 3.

My interest dipped a bit in episode 2 as nothing special happened there but things picked right back up in episode 3. Now I feel all in to see where this intriguing series goes. The animation is a nice polished product and utilized to fullest for important scenes during the first three episodes. The opening theme is an absolute bop just to mention also. I’m giving this series a very real go as I do like it secretly, hope you might also if you have been sitting on the fence a little. 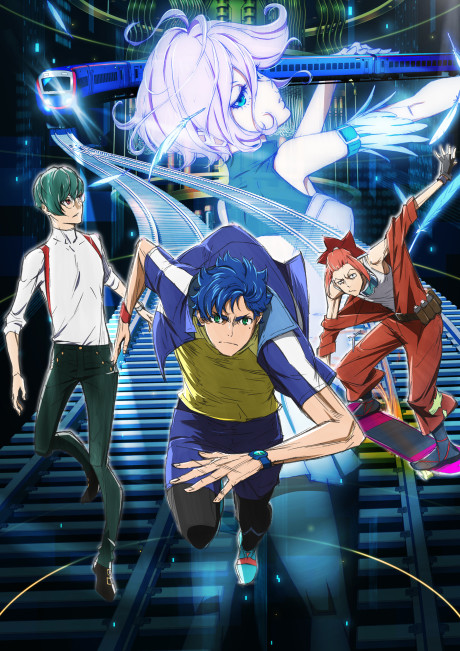 
To mention also I’ve watched first episode of In The Land Of Leadale which is a casual side watch. It’s my breakfast watches currently and one series I have not started yet was The Genius Prince’s Guide to Raising a Nation Out of Debt. This one someone recommended to me so I’m going to give it a go after finishing up here. I’m pretty happy with all my seasonal watches, been a long time since I have been, feels really good.

Let me know what you’re checking out this season and your current favourite?