Finally making a start on writing those posts in my blog notebook that never made it to the computer screen and shine some rays on a series that I was sure about at first.

Never too late to write the rest of your story

Remember to breathe or else you’re gonna be sorry

Nickelback (After The Rain)

During lockdown time in 2020 I watched a particular anime, though for a long time completely disregarded. There never seem much to it than a girl Akira who works part-time at a restaurant finds her falling for 45 year old manager Masami. After The Rain was labelled as a age gap romance, after bingeing the series I was asking myself: Were people actually paying attention here? Because the message and moral were completely missed. 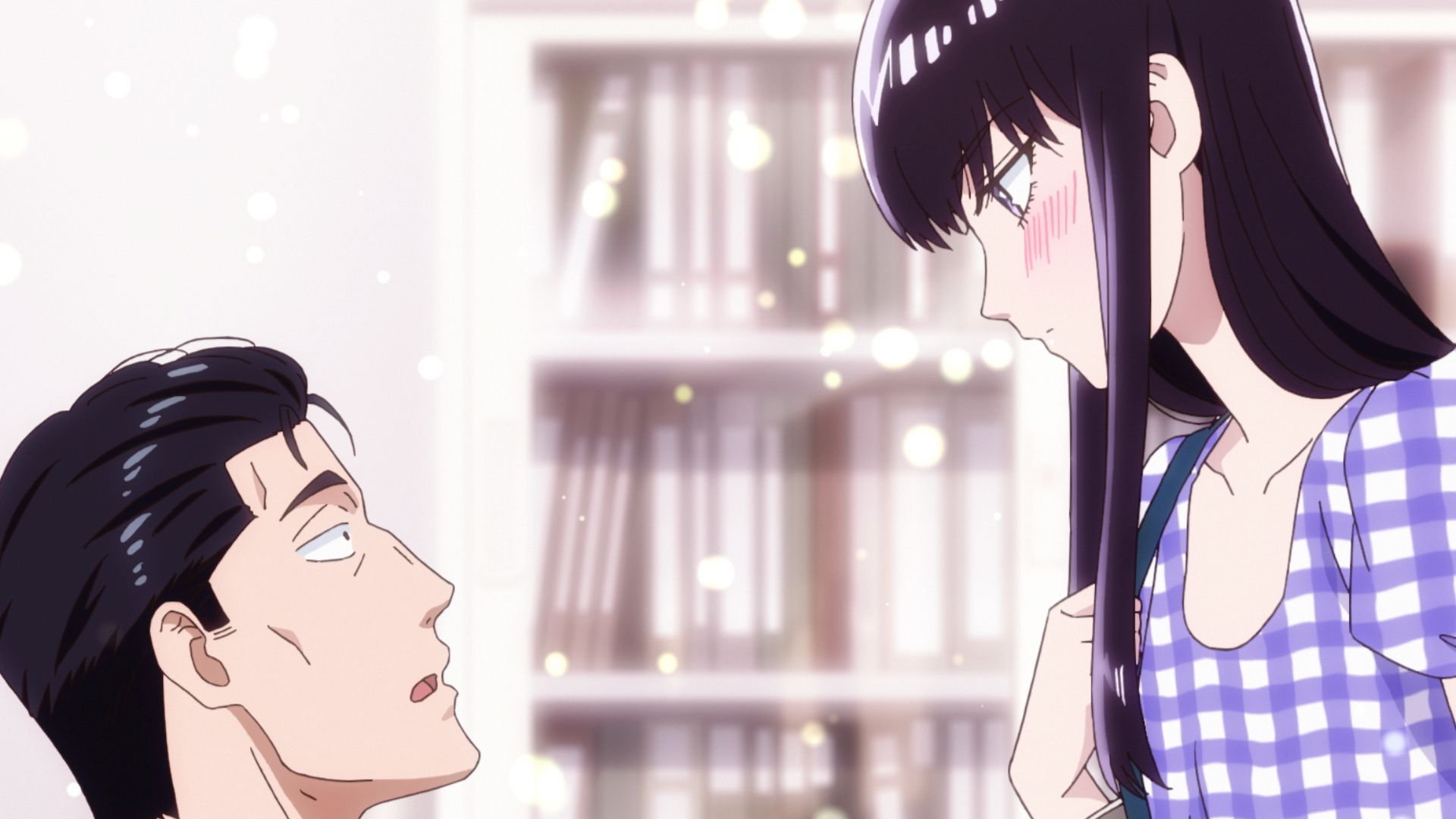 This series was smart and clear with it’s intention but the whole buzz of being an age gap for people made that intention become irrelevant and unimportant. For one thing “age gap” label sticks in the fact of Akira’s unrequited love towards Masami. Akira’s infatuation starts in a harmless sense, sitting alone in his restaurant with some coffee. He walks over and pours some milk into the bitter coffee and making it sweeter. It’s a beautiful, innocent scene but that first interaction I myself completely missed at first what it was trying to say.

This is where a particular song “After The Rain” by Nickelback is going to help me breakdown this anime intention. It was like meant to be this song and series together, in the end I made a amv because of. Akira and Masami do share a connection but not one of love but disencouragement. Akira suffered a injury causing her to give up on running. Masami divorced, has a son, manager of restaurant still has a deep void of regret leaving him unsatisfied. Both in this unfulfilled limbo where they gave up way too fast and accepted the reality before them, too late for either. Both gasping on choked up regret and doubtfulness where things will lead.

Old mistakes committed upon us

Always take a toll on the conscience

Every regret is a gift that you live with

After The Rain By Nickelback

Akira crush on Masami isn’t without being genuine somewhere there but also I found as a tiny distraction for herself, something to fixate on. Running was big part of her life and to have it not, the mind would go blank. Masami innocent gesture turning the bitter coffee sweet quashed the toll on her conscience and gave distraction. Everyone has that one passion that makes up apart of them to not be able to do it or lose sight of doesn’t just affect that part of your life. Akira dismissed her own fellow trackmates and friends at school but Akira was tasting nothing but bitter jealousy. None was intentional but just added to her already depressed state.

Eventually the blame game starts we decide to take upon ourselves. In Masami case past regret prolonged past regrets hang in his mind of never pursuing path of writing and love of literature to become a author. His college friend Chihiro renowned successful writer Masami used to write novels with feels thousand miles from Masami grasp. Masami devoted the time to his writing but ignored the things in his life then the once passion of writing turns into a cause of frustration and self hate. Masami still reads but that’s the extend he’ll allow for himself, keeping a backseat majority of his life.

The light in the tunnel is just another runaway train

The blue skies we wait on

Are gonna have to come after the rain

After The Rain By Nickelback

As Masami and Akira spend the time they do together they find within one another reignited passions and how when life becomes uncomfortable, how to combat that best as you can. Masami kind nature and encouragement towards Akira remedies in small doses the tolling dulled depression she feels towards her passion of running and regain that back for herself. Akira’s infatuation, boldness and honesty is the biggest push for Masami and he is reminded through youthful eyes of Akira how he once was at seventeen. Both drowning in the rain that never seems to end but the connection Akira and Masami make remind the sun will come out, there is way out through this drowning period both were going through.

After The Rain really hinges next to this quote: “After the rain, the sun will reappear. There is life. After the pain, the joy will still be here.” This series may not seem like it’s doing nothing new in its theme but it’s deliverance saids different entirely.

Guess I felt like writing this for how were drowning in the pandemic right now but were going to the otherside someday. Feel free to check out my amv, I feel like that expresses my love for this show more than my post does.