This list series hasn’t had it’s chance to kick off properly because life happened and I got lazy but were back here for the weird, the strange.

Back in January I started up a new list series because I got tired of reading the same old recommendation anime lists just based on genre alone. Doing my own research nothing all that comes up the same “10 anime like Naruto”. Not a very exciting title anymore to entice me? Heck I don’t even know if recommendation list makes all the difference to people who search them up. But there is a small audience out there who enjoys lists, recommendations and I wouldn’t have bothered doing this segment if this weren’t the case.

It’s 2am. YOU CAN’T SLEEP. What’s the next thing you decide to do? Watch some anime. I love my late night watches at 3am or even really early at 6am but I’m not feeling to continue that serious drama like Orange at that time. Those early hours of the morning your disorientated and click random Crunchyroll button to let pick for you. Those moments watching anime I’ve always been in a weird mood it’s either I’ll start something completely random or start 5 new shows then drop which one didn’t engage me. I feel like I’ve found a few “weird” anime that either haven’t made sense or just leave you feeling content and full of laughter.

Here some “weird” titles in case you can’t decide for the next time you’re in an out of sorts phase. 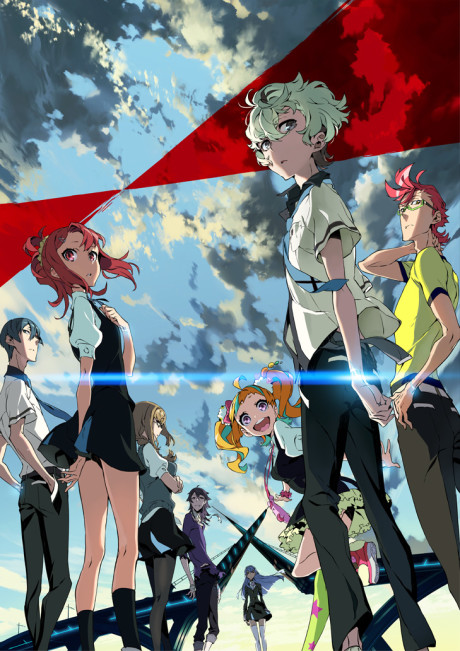 A little pain never hurt anybody. . . right? A group of teens experience more pain than they ever have in their life when they are specifically chosen to be apart of an experiment, known as Kizaniver system. This incomplete experiment is trialed once more as each individual will be able to feel one another’s pain emotionally and physically, hoping to reach a greater understanding in the power of connection. Studio Trigger, if there is one thing I’ve learnt about this studio is they whacky and weird is a fundamental trait in every single show they produce. Kizaniver meets that high weird marker with clashing, complex or simple minded personalities among the teenagers and these weird mascots running around. Those things never going to make sense to you believe me. From jumping off road bridges and not feeling a dam thing is perfectly normal, these teens are put through strange circumstances, sometimes crazy to pull on there mental states till reaching they’re limit. Kizaniver is the weirdest series I’ve watched this year, it was the ideal 2am make no sense watch. 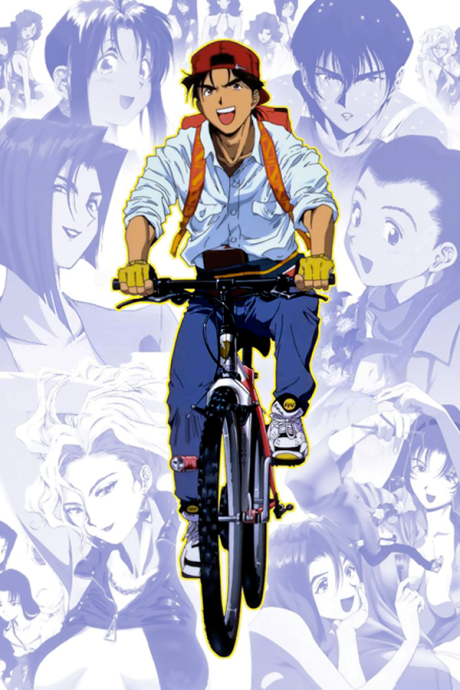 If any shows that comes to mind not making sense it’s this one. It’s been a long time watching this OVA series even now let me stress how outrageous and weird it gets. Kintarou is a university drop out travelling all over on his bike to learn of the world, life and beautiful female species. He seems like a perfectly intelligent individual, carrying his notebook, taking notes. He’ll help those in need like an older man pleading for aid before about to be bashed up by thugs. You know what the right thing here to do is? Jot down some more notes and the man gets bashed to death. . .  that is where things begin to not make sense. You’re following random guy on a bike doing different jobs and either his horny self has him fired or finding some vital information for his study book. Still to this day this series makes no sense to me but it’s a hell of a laugh let me tell you. This series funnily has been classed as hentai at one stage, In some areas I can see why but I fits into the usual category of ecchi and comedy. haha. That’s my perspective anyway. 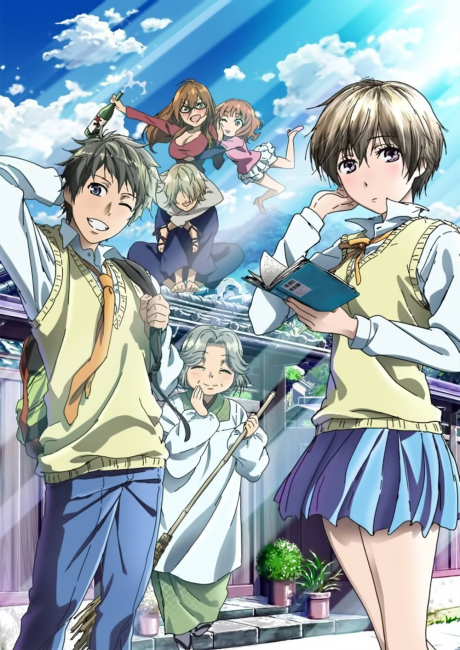 Oh we know this anime scenario, boy moves into a complex and is baffled of the different residents that live within. Usa is your innocent who is in love with classmate book worm Ritsu, Mayumi is your landlords drunken daughter, Shirosaki is your can’t keep his own tendencies to himself. Sayaka fall in love fast for any guy. Now what could be weird about all this. The clash of resident personalities, poor Usa is always caught in the middle of being mistaken for a pervert for his forward action of trying to approach Ritsu. Shirosaki is probably the weirdest of all getting advice from a seven year old girl in one episode. It’s a mash of every day weird for these residents, If you lived here nothing would be boring and neither quiet. Usa trying to get close to Ritsu makes for a cute aspect I personally enjoyed from the series but surrounding that the drawn out crazy of some situations is ridiculous. Beautiful visuals are just a bonus treat!

I’ll do a part two for this as I like these posts to be easy read. Hope you find this weirdo list useful in some way, I have so many to talk so for next part I plan to do least 10 titles. This is isn’t even half of weird ones I’ve seen over the years.

If you missed my first list on JEALOUSLY SUCKS, IT DOMINATES AND IT’S UGLY. You can read here

I’ll ask again as a refresher case anyone wanted to put there input down. What kind of anime lists do you wish existed if you were searching up for recommendations not on genre basis but on emotions or core themes?

Hope you enjoyed the read and I’ll see you in the next one!