“It is not a matter of how long we operate”

Sci-fi original that I’m buzzing to tell you about! 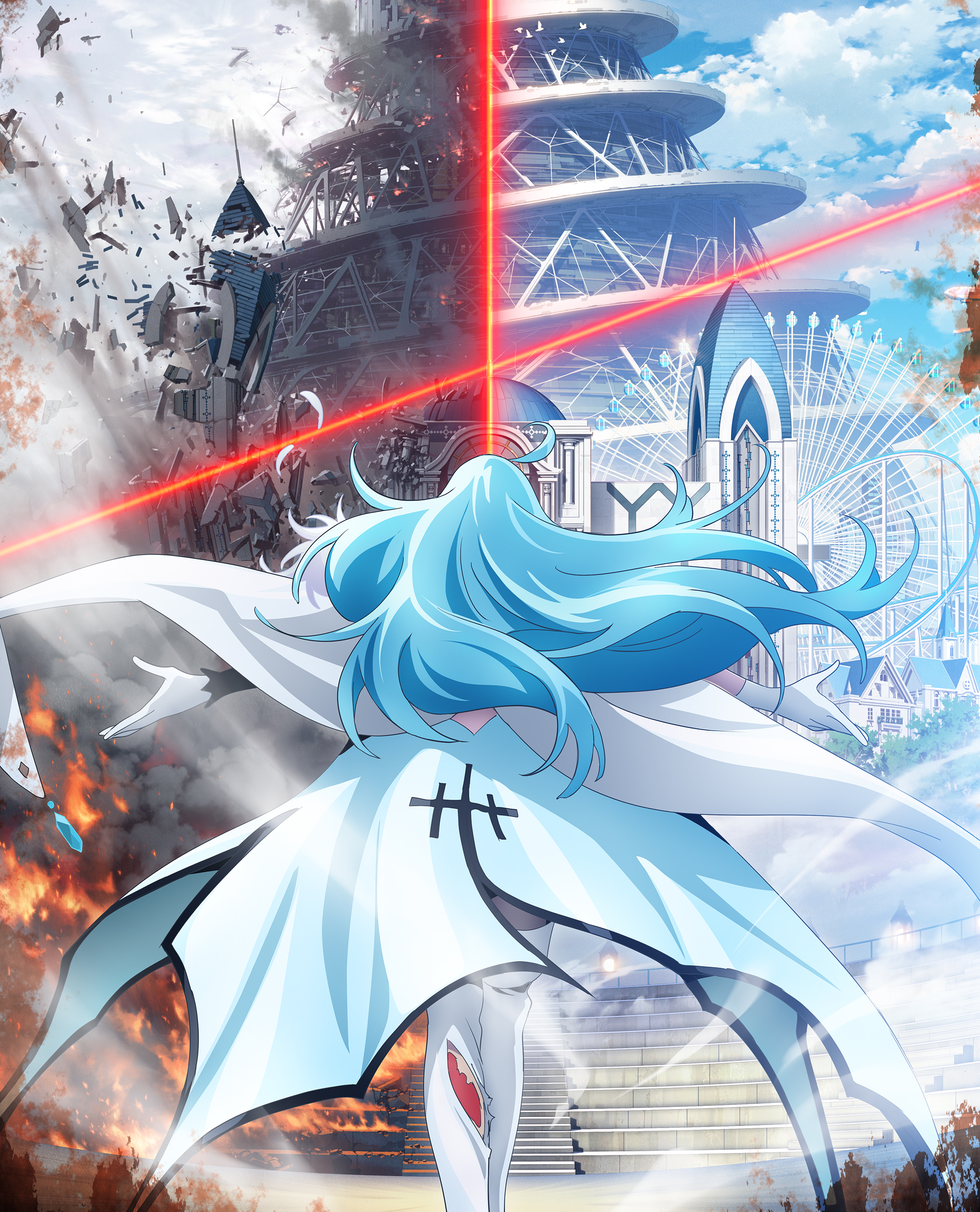 I’m not going to be able to do this often for a new season starting up. Old that is winter and in with the new Spring season. There is something about the spring season that sings fresh variety I’ve noticed over the years and one of my top 5 highly anticipated titles has landed early. Vivy -Fluorite Eye’s Song- was an unexpected announcement end of last year, nothing was revealed about the plot. But the following visual above was enough for me to add to my list for 2021. I really am in love with this visual, gorgeous. Makes me think I should do a top ten visual list sometime.

Vivy -Fluorite Eye’s Song got a two episode introduction for us viewers to get a grasp of this original anime. That was the best idea for this particular series with a AI, sci-fi focus. If you are lover of Ghost In A Shell, Alita The Battle Angel, this should be on your watch list. The set up was a great execution particularly in the second episode puts into the focus of where the series aim is.

Vivy is the first humanoid AI of her kind who sings for the attendees of Nialand an amusement park. All she knows is to “make everyone happy through song”. Dropping out of nowhere is an AI Matsumoto coming from 100 years in the future, with a programmed mission to stop a war between humans and AI breaking out. AI 100 years from Vivy time will go on a rampage and starting killing every human in sight. It’s all been calculated for Vivy to help Matsumoto with his mission, setting in a motion a 100 year journey for the both. First task focused in the two episodes to stop the assassination of politician Youichi Aikawa, who is pushing for a motion to be passed of AI Naming Law. AI will gain some human rights and be treated as equals.

The first 30 seconds of episode ones set up the intrigue tone super fast and I was in over here. I loved every second of this original set up. I love we have two main focuses so far Matsumoto and Vivy, AI robots characters taking the main stage, Vivy’s self isn’t reflected much in first episodes. Episode two changed that quickly letting her flourish in an emotional sequence when Matsumoto is mocking her original mission of singing to make everyone happy. Vivy looks almost grieved over his words and slight anger takes over. Vivy character is given real dimension in this scene of just because she is a AI with a programmed mission that it doesn’t matter how long Ai’s operate for but perseverance of continuing on with said mission. I felt the emotional strings pulling and that attachment to her character was made. What a grand use of a scene.

Matsumoto having control of teddy bear was pretty cute but they have ability to posses any given piece of technology or object. Matsumoto sure is a fast talker, engulfing Vivy in so much information that had my brain feeling a bit fried with all this fascinating information he had to tell. Matusmoto and Vivy are some of the most intriguing AI type characters I’ve come across so far, not one dimensional but splashes with some personality. Who wants a flat doll of a AI main character to follow otherwise I don’t feel it would work for this series. There were certainly some explosive moments particularly in episode two, I like Matsumoto forward programmed calculating so their character has equal focus as Vivy. Vivy in the second half episode two had a explosion moment running down a crumbling building. Not a AI just programmed to sing but can kick some ass.

Animation. . . what do you want me to say? Wit Studio they are gods at this. They had some memorising scenes. I especially love the shots of Vivy’s eyes, oh god. . . Wit along side this sci fi ride is a match made in heaven. For a story like this and were having AI humanoid machines as a focal point, the animation standard here I think you would agree is required here. I’m sure you might have been worried that animation was only going to be the supporting pillar here but the story holds up strong to give us an intriguing start. Through a little research this series began in 2016 and stem from a written novel by directors of ReZero Eiji Umehara and Tappei Nagatsuki to create the original concept. It’s enriching to know how long this particular series has been in the works for. I believe it is important for original anime for you to do a little digging and found out how a series was moulded. You should take a read of this discussion between the directors of the original concept laid out of time travel and artificial intelligence. After reading it I am invested now of where these directors visions were heading.

I have great aspirations for this series and Ai, time travel focus. The focus of the future and protection of it is taken to new heights all riding on two AI humanoids, that is a lot at stake indeed. I do hope I’ve given you a window into this AI original anime, more than deserves the buzz. I practically starting writing right after watching the first two episodes, all going through my mind “I gotta create some intrigue” at least. You won’t be stepping into disappointment with this spring offering.

I meant it when I said I can’t do seasonal impressions all the time but Vivy -Fluorite Eye’s Song- was specially calling here. Comment below if you might give it a go!