Lists of recommended anime these days fall on the pillar of genre basis. It’s the best fundamental way to point new fans in the right direction but makes me wonder if people look for recommendations not for genre alone.

Over the years if I have ever had someone ask for a suggestion or recommendation it’s been genre based only but something I have been thinking about for a long time some people might not seek a recommendation on genre basis alone. I have noticed on other blog sites and various sites people simply seek a suggestion just off of “I need a tear fest right now and I don’t care what that is”.  For little research purposes I googled various different themed lists like “anime list on jealously” and other emotions. To not my surprise nothing comes up so this inspired me to start a list series for maybe those who need a show to watch just not for genre sake. Reading some recommendation lists sometimes bore me myself. The have been times, I’ve wanted a show to watch because. . . I needed to scream, sleeping problems, I need a new hobby, that guy is a bloody jerk phases. I think those kind of lists are the most fun to read but few exist for laughable or serious reasons.

For the first round of Anime Lists That Caters To Exist Because: Jealously. Adult anime romances recommendations like Nana can easily cater to cover such an emotion as Jealously. But to get to heart of such a toxic emotion some people may not desire a tame coverage on such an emotion. You shouldn’t hide you might desire a watch something truly exposing, that you need for yourself. Fluffy shojo might not be your fixture, happy watches to make us feel better isn’t for all.

Scrolling through my own anime list I’ve picked out series that jealously rings raw if you desire some extra edge and not fluffy shojo. 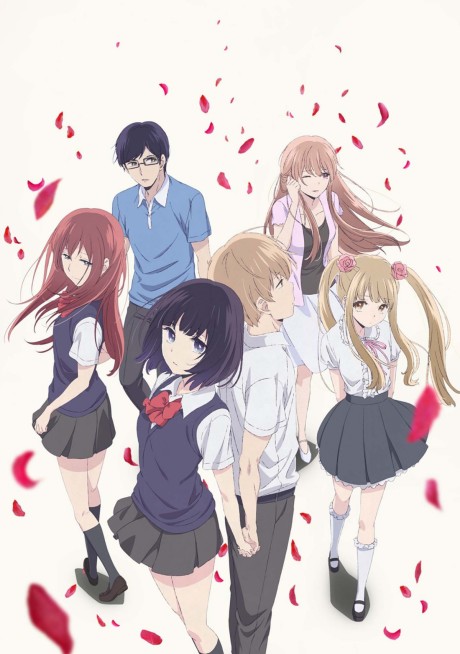 You been there right? Someone you love is with another and jealously just run rampage, how unfair such a fate is. Scums Wish is exposer of jealous ones who cannot have who they desire. Hanabi is is love with her Childhood friend, Mugi is is love with his Tutor, teenagers masquerading maturity make a pact. To comfort, console the anguish hormones and dejection they use each other. Through the twelve episodes a cycle of jealous goes round and round among the main cast. Scums Wish a rarity on romance anime front exampling the underbelly of love itself and the rejection, longing loneliness, the sucky emotions of feeling affection for another entails. Each characters individual desires are shown as healthy emotions that is normal and not treated as a crime to feel. None of choices made are ill thought about they are emotionally driven, acted on because how or what are you suppose to do? Facing emotions like jealously brings out the sides of us, we hide deep down. Scums Wish lets the reigns off on that notion. A show personally makes you feel the less guilt bringing weird sense of comfort in that respect. 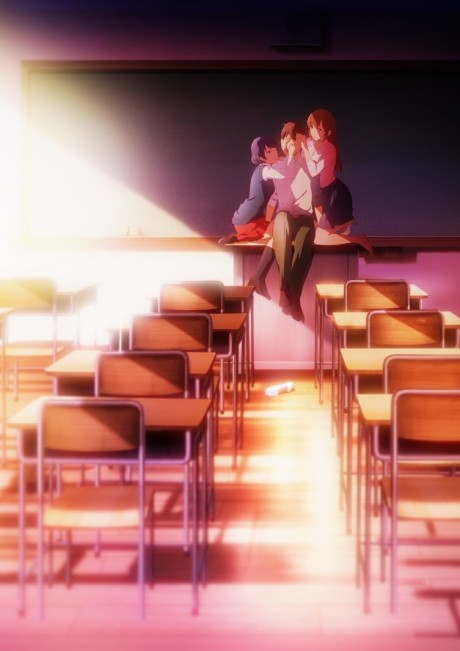 Indecisive are the worst, especially when they think having their fill of two women at one time is fine. Domestic Girlfriend angsty train wreck and most triggering through the main character Natsuo actions. Course this is not the sort of show you’d want to watch if such topics are sensitive but these series have their uses. Though a train wreck Domestic Girlfriend is better than America’s Bold and Beautiful, my god where everyone has slept with everyone haha. Natsuo had no idea Rui random girl he slept with from a group date turned out to be his step sister and also his teacher crush Hina – when his dad remarries. A triangle that couldn’t be more complex, Natsuo deals with poorly, a disaster but laughable at this male’s attempts. The line of taboo between teacher and student is crossed, they are such bad people, oh my goodness. . . but what is life without some sin. Domestic Girlfriend is the best kind of soap opera complex you’re going to get, sisterly jealous and fawning that makes you feel pity but so hysterical. This show I believe exist to laugh at the attempts made of a moron who you know will make the wrong choice either way. 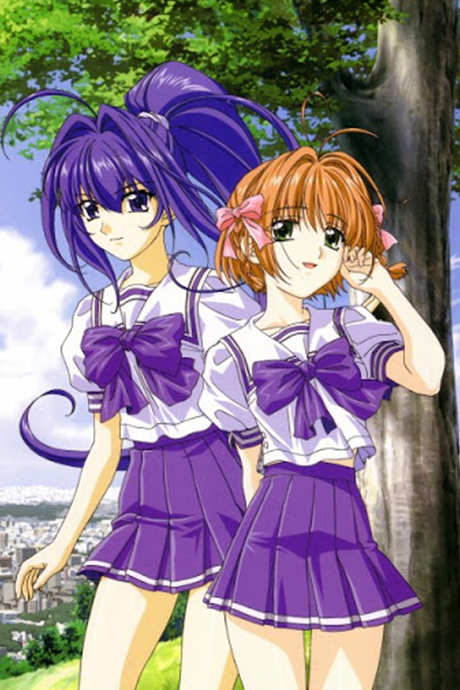 Cheating I don’t like it, a complicated emotion hard to explain why people do it. Though the wrongness of it, still in some cases people got their reasons. Oh the best of the best here anime has to offer on topic of cheating. Jealously raging a wedge between two best friends liking the same dude yet he is another indecisive idiot. The circumstances are tragic for how things come between Haruka and Mitsuki. The classic best friend Mitsuki encourages Haruka to date Takayuki, then Mitsuki is the third wheel left pining. But then opportunity strikes and jealously letting Mitsuki take advantage. It’s a crappy move due to the circumstances but that’s when the fun begins. Rumbling Hearts is full of relatable triggers for sucky situation these girls were in but the heart goes where it wants to go. Bringing a comfort towards those relatable feelings where you were jealous the best friend had a boyfriend and you didn’t or you liked them. No-one makes apologises here for their actions.

Those are my jealously selections with some edge there is nothing fluff around here expect raw exposure. Any series I put in these lists I have personally seen as I hate to recommend things on some half ass effort. I do hope these choices will come in handy if you need them for now or later. Basing lists on emotions and core themes is way more fun than genre, I’ve concluded at writing this.

Will this be a list series? You bet your’e ass it’s going to be!

God knows what I’ll come up with for a list to exist on logical or non logical reasoning. So you can comment below, help me out here if you would like to. What kind of anime list do you wish existed if you were searching up for recommendations not on genre basis but on emotions or core themes?

I got some great inspiration from latest duo of these two, for this post. Definitely take a listen!

Hope you enjoyed this Anime Lists That Caters To Exist Because first edition and look forward to more!