The minute we need to know something, Chitanda comes into my mind instantly. ARE YOU CURIOUS? AREN’T YOU?

I feel in love with her first episode!

I have a life goal to watch every Kyoto Animation series/movie they’ve ever made, why? because I love them so much. Earlier this year finally got round to watching slice of life Hyouka. Focused on conversing energy specialist Hotaro Oreki, who is forced to join the classic literature club at request of his sister. Oreki is a man of if something requires effort, it’s not worth it. But curious as a mouse Eru Chitanda knows how to ruffle his feathers and put Oreki’s lazy ass deceiver intellect to use solving different mystery’s that come the clubs way.

Next to Amanchu, Hyouka I greatly unexpectedly enjoyed for a slice of life series. Once again it’s proven the genre goes beyond of “everyday” delivering heavy but literature focus that’s fascinating. Mystery’s that look a big deal but broken down in intriguing way, which I was all here for. Some of the explanation parts during the series, had me a little lost but I could understand enough of what was going on. Without Oreki intellect mind and stature of character he possesses. This series to me wouldn’t have been as interesting. Oreki is all of us when our ass doesn’t want to waste precious energy, like how I question my ass on my chair writing words for a blog weekly haha. Oreki is a hilarious presence and what gets me more every time is Oreki giving into Chitanda curiosity. A girl who cannot let go until she finds the truth. I adore Oreki and Chitanda, equally the other two members joker Satoshi and fiery Mayaka.

All four club members have solid personality that just carry this anime whole way, I watched this in english dub from hearing good things. There is no lie there, I like dub more than sub for this case. English cast made these characters flourish just that bit extra, Madeleine Morris as Chitanda cutest role yet makes me have heart eyes all the time. Hyouka I ended up continuing to watch for characters not so much little mysteries, (even though they are interesting and fun some of them anyway) how they interacted as a group was full of sparking chemistry fun. This series doesn’t get real attention it deserves, it’s talked about now but not as much as it should be. Hyouka is what I call a solid slice of life, all the elements are solid from characters to plot and you should add as your next slice of life watch!

You can watch on Crunchyroll, Anime Lab, Netflix and Funimation!

Christmas Song Of The Day:

I was and still am a Britney fan. She was a big apart of childhood and so was this nostalgia track. 90s Britney was best and this is a Christmas favourite decade later. Always hear in shopping centres, everywhere, that repeat that sticks in your annoying mind till 25th comes. A Christmas song that can’t be more cheesy. Maybe you can beat me?

I don’t have a food of the day for you today because I’ll run out of them for the event is my excuse ahaha. 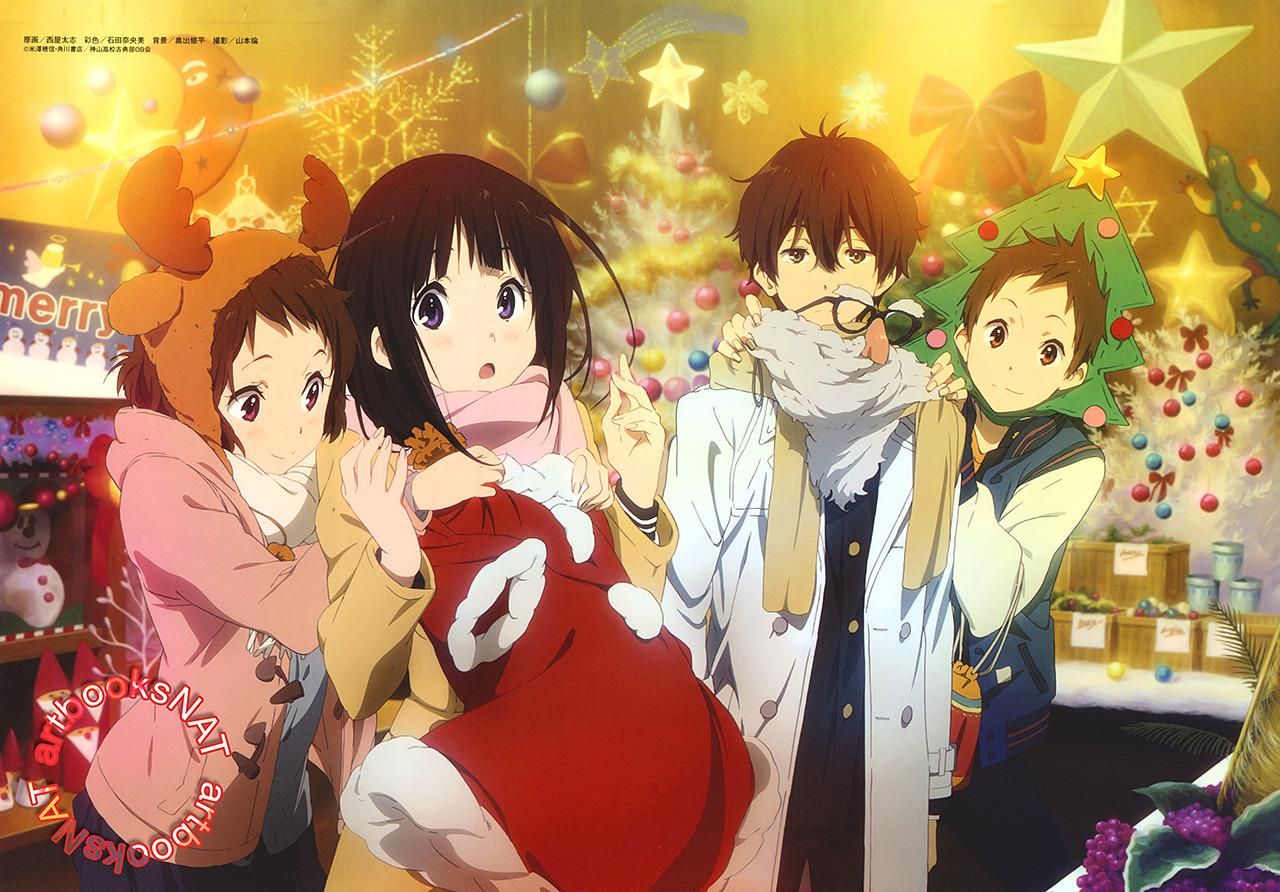 I found a xmas picture finally !!