It’s here, It’s here!! as I say again. December my favourite month begins and so does 25 days of cheery content. Are you ready for cheery randomness?

Happy Merry 1st to all!

Can you tell my excitement haha.

I wasn’t sure how to start things off here but talking about things close to your heart always never fails.

I wish when I was younger I had grown up with more 90s anime. Sailor Moon and Gundam Wing were only ones I ever watched and roots of it all. Not until moving to Australia my true anime passion sprang to life and discovered the richness 90s era had to offer. The Vision Of Escaflowne reignited dormant feelings and my true exploring of the 90s began. I’ve written before my own retrospective on watching older anime going into more detail, reading that now my feelings still have not changed. Being a romance junkie the 90s consisted some of trashiest, high on dopamine romances shows I’d ever seen, Fushigi Yugi, Marmalade Boy, Ceres The Legend to name a few. They for example were a wild ride and containing a special essence that you won’t see in the romance anime of today. The sheer ridiculous nature of events and situations that happen are laughable and melodramatic to the extreme.

If romance anime of today started to copy the same 90s formulas, that would make me mad a little because then that special hold I have for 90s romances would be tarnished a little. My love for 90s romance is strong you can tell. Besides this being my always go to, I’m all up for any 90s series. My two favourite things about 90s how incredibly cheesy it can be and complexity, depth of storytelling. G Gundam is a great example of this, I watched last year. A series taking me by surprise with twisted, dark plot balancing with fighter tournament arc. Ranma 1/2 was my introduction to the pure golden comedic aspect 90s shone at, making me laugh till my lungs hurt. 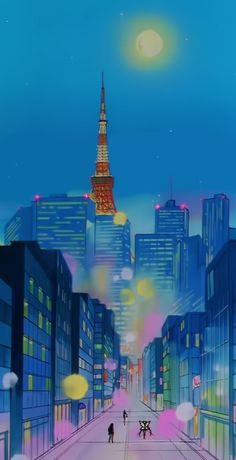 Something else very special, the art back then. Sailor Moon from 90s series Tokyo backgrounds are a great example. They are beyond aesthetically pleasing and I love use of watercolour used in some 90s art backgrounds. It’s something so special, vibrance and colour of evolution exploding in each scene.

Ah I love it so much.

There is nothing more than I love after finishing newest series, dipping into new old 90s series and feeling at home. Being born in the 90s maybe it was fate this 90s love I have now and becoming my favourite anime era. All I know is 90s anime is home for me and how lucky I feel to have access to so much of it in our today.

I should feel some mild shame looking at how many I’ve watched is not too many. My plan to watch contains way more 90s, currently as I write this I’m watching Boys Over Flowers and I think has geared me towards 90s hole for a while. That’s good. haha

Seeing Scott watch old anime all the time is a big influence over me if you knew that buddy, hehe.

If you didn’t read my post announcement for The25AniCheer that at the end of each post I’ll share a favourite Christmas song. Since there is an old theme going here, Andy Williams most wonderful time came to mind. This song my parents introduced me to going back to their era and it’s wonderful atmosphere this song creates whenever listening to it. Let’s face it nothing beats old, staying ripe and full of vintage. Any of the song I mention in any of my posts you might add to your own playlists.

Some old english traditions of mine will never die like the great mince pie. See what I did there haha. Sautéed fruit cooking in a pot for hours in pastry is heavenly with a bit of ice cream, it’s even better. I have million of these even before Christmas is here. I love them so much. haha.

Do you have a favourite era of anime? and why is that so? I would love to know down below!!

Hope you enjoyed the first merry post and gives you pre Christmas vibes. I’ll admit for 3 or 4 years expect for last year, it was hard to get into Christmas spirit. Seems like every year it is but I don’t know what’s changed that maybe my mindset? But doing these 25 days are already getting me in the mood and hope it does for you too.

I’ll see you next cheery post, giving you a hint: We’re going to the water!