I’ve never had a real life friend request me to write a particular post, I feel kind of honoured. Honestly I don’t know how it ended up geared towards anime men with shark teeth, my friend might have a fetish for them. But.. they are pretty though. 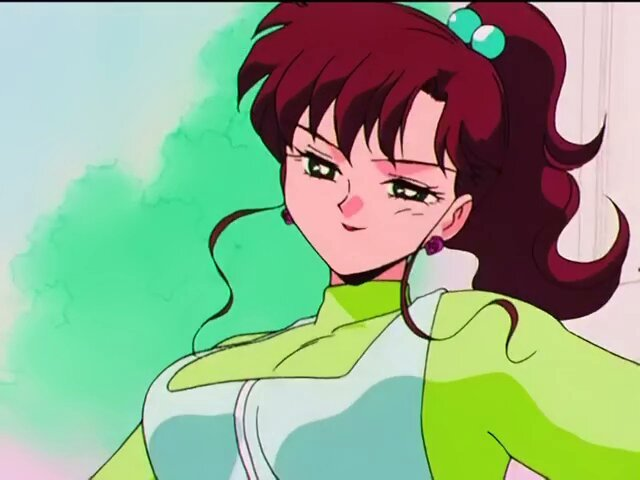 Look at this perfect image I found, ugh love it.

My real friend is officially ani brainwashed thanks to me since last year and it’s wonderful really. I take full credit. Two weeks ago she brought up how a character she loves and one I love have shark teeth suggested then turning into a request for me to find more anime male with fang factor. Personally she is probably reading this and knows that I know, she’s building an obsession here. It’s okay my dear you are not alone here, I know a whole network here of people with their own obsessions. You know some of mine already especially those cold ass jerk characters that you shouldn’t date but would, ahaha.

I did my best finding the finest fang specimens but while doing some research turns out the majority, I haven’t seen from many anime I’ve yet to see. Only reminding me how much I yet or have avoided to watch. So if you have favourite fang anime male and he isn’t here, you know why. All I’ve chosen I’ve seen the series this is purely based off, my friend has seen 3 out of 5 anime so far. Hopefully she will be curious to check out the other two. 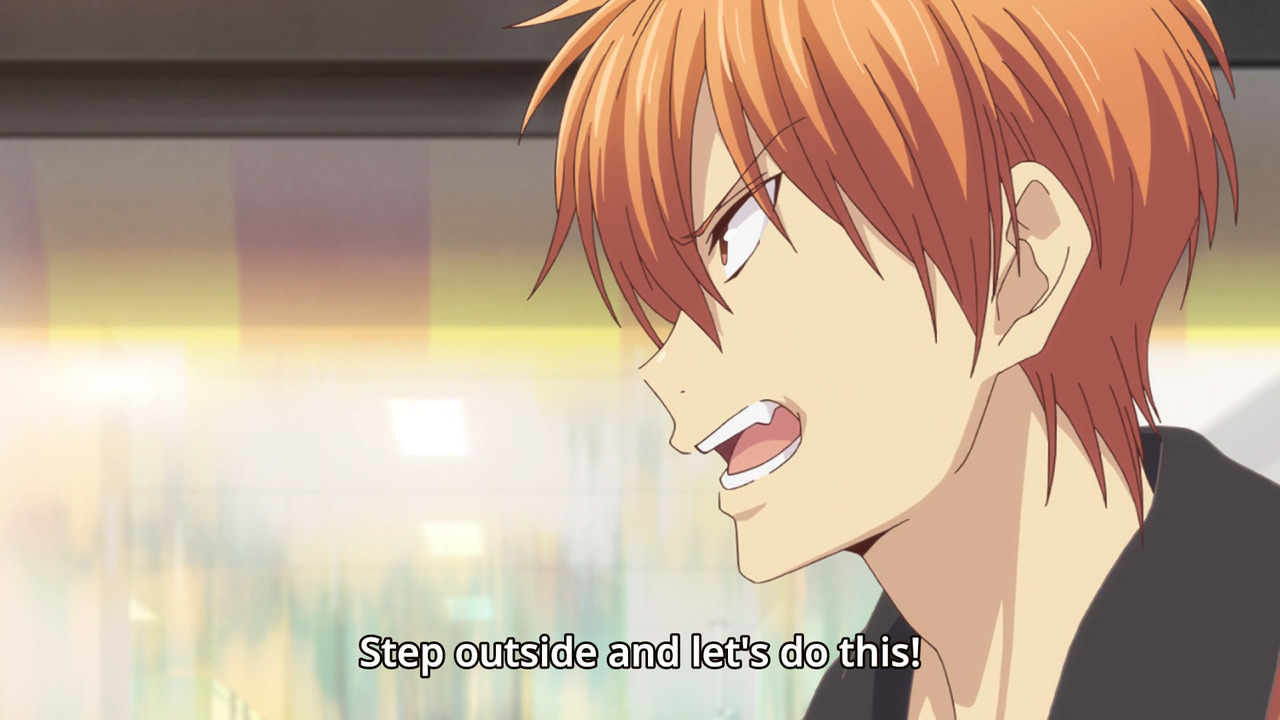 Yes, Kyo counts here, DO YOU know how hard it was to pick a top 5 when you haven’t seen half the anime other sharp teeth character are from. LOL. I wasn’t sure if my friend would like Fruits Basket as getting to know her tastes in anime, Fruits Basket is very drama/physiological based series. Surprisingly my recommendation appealed to her and she’s with us ya’ll, a Kyo girl all the way. She won’t disagree with this choice for sure as Ginger boy has plenty of explosions of emotion, where those kitty fangs make their statement. I tried to avoid picking characters like Inuyasha, half canine and human, having obvious features, he wouldn’t have fitted within this list

Kyo is acceptance, he’s under a curse good enough reason right? Eventually the curse will be lifted, maybe, plus I was tied between him and another. Me and my friend would both agree if he got slightly miffed at us, we saw those feline fangs, we would be so happy. ahahaha. 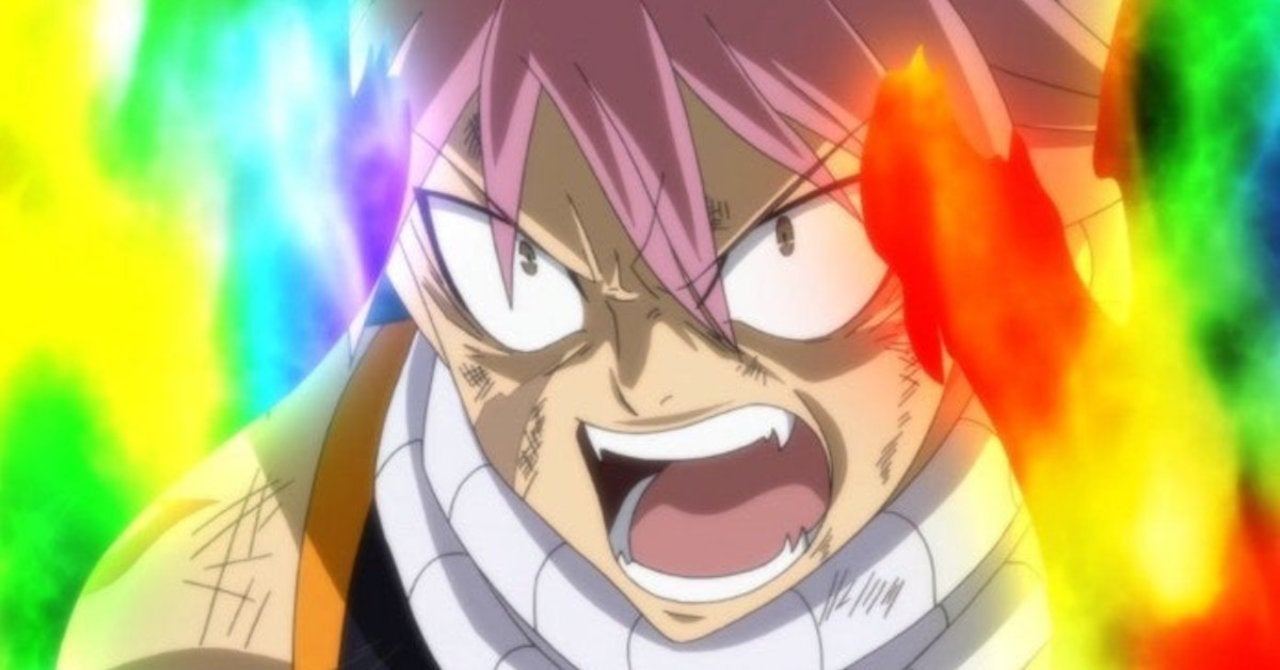 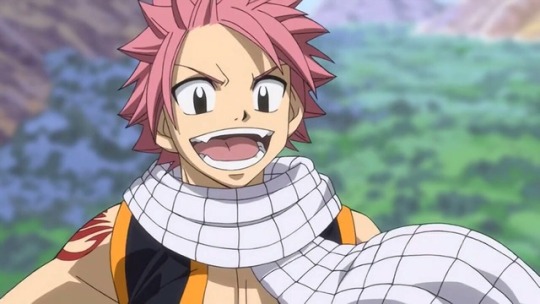 I think sharp teeth characters look most beautiful when they are angry? Don’t you? The best expression to show off their pearly fang whites. Natsu was an instant for this list because being part dragon, bearing his dragon set over and over when it comes to protecting those closet, when they shine best. I love it when Natsu gets angry, the goosebumps come and excitement come rushing in, you know you can’t take your eyes away when that happens. Natsu has a gorgeous smile I think out of this list which express his soft and kind hearted nature, one of the core elements to fairy tail’s heart. My friend has yet to see Fairy tail, I’ve mentioned here, there to her and definitely Natsu I can see as her next My Hero Academia obsession.

You trust me right friend haha? 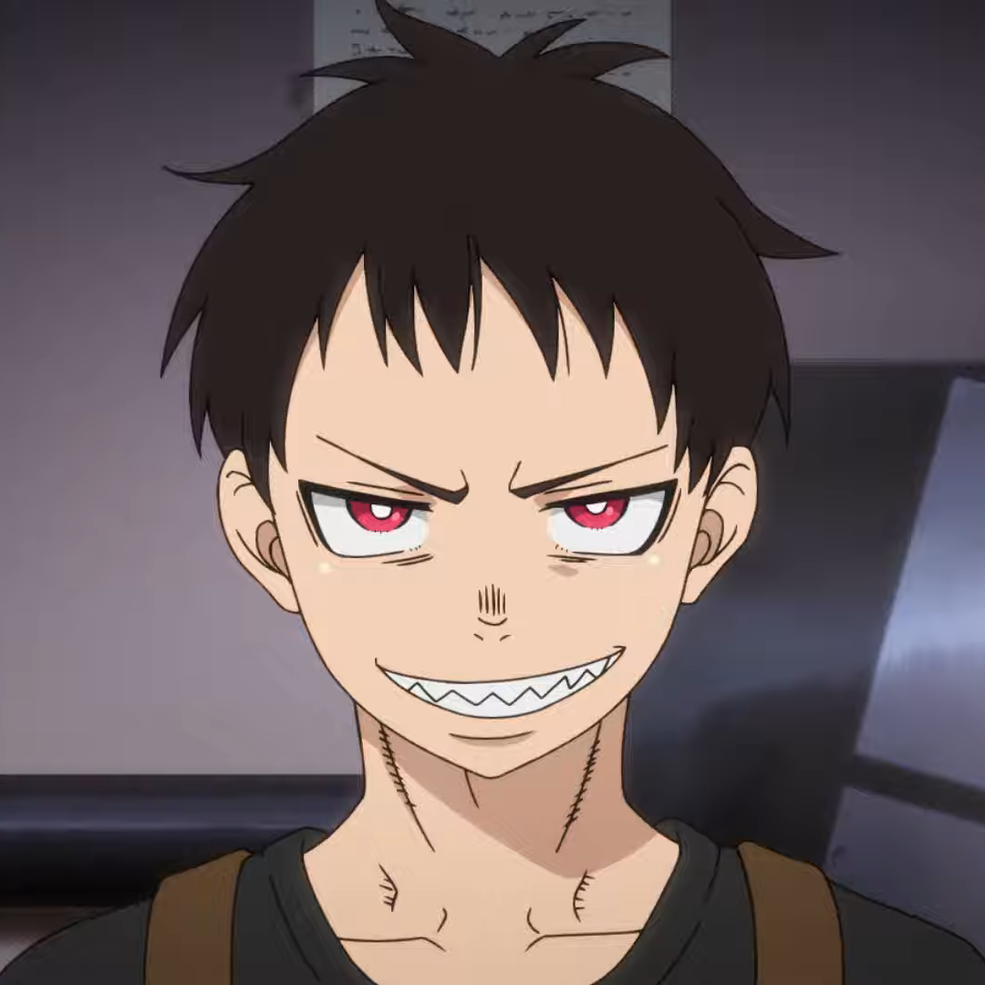 I really do keep too many things from you all, did you know I have seen first three episodes of Fire Force a while back and liked it? BOOOOO YOU. I can hear someone saying this in my ear right this moment of writing this. I was over my friend’s for anime night, we randomly started it and liked it a lot, she’s been a great influence over me randomly starting more popular shows – normally I would avoid. We have yet to continue on but Shinra’s character came in handy here. He does have a glistening display of pointers, Shinra is like the baby shark here of a more adult version who I’ll be discussing shortly. Still Shinra is a fire cracker alright, pointy full set suits him and his demeanor, very confident upstart with much to learn being introduced to his character. I think characters like Shinra suit the sharp set look, it melds well together.

Can’t wait to see more of this fire upstart! 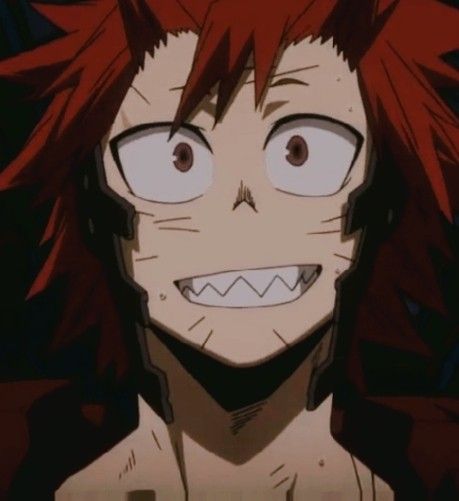 Coming up to best two in my opinion. Red Riot is definitely my friend’s favourite. I am so jealous of her she won a massive figure of Kirishima in a raffle, its HUGE. I am jealous you know I am, haha. Don’t worry my friend is completely sold on My Hero it was first series I introduced to her and been hooked ever since. I admit that got me more attached to the series myself, along with Kirishima character also. Kirishima wasn’t a stand out until season 3, that season focused on other characters more and Kirishima had his time to shine. His desire to just want to be strong as his fellow class mates and hero in his own right, had me hooked. Kirishima is definitely a Fairy tail Natsu, full of much heart and all round great guy but when his fire is lit. Ah it’s a explosion.

Red Riot you’re not feeling heat but the fistful of harden smash when Kirishima is pushed to shove. He has the best sharp set smile out of this list and makes my heart melt seeing it every time. I said to my friend if I could rent that Kirishima figure for a week, to just stare at $5 is hers. She still has yet to agree, I’ll get there. heh, heh. He’s a big boy alright.

I didn’t lose out here, I won a Kirishima clear file in raffle, which I’m still super happy about but you know you need more. . . 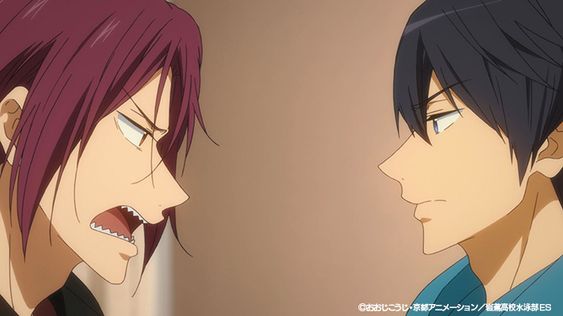 The opening image to this post was a giveaway right?  Oh so help me here, every time I search up images of this boy, Pinterest saving distracts me for half an hour. Just now searching his name, I saved him goodies. Every time I’ve ever had this discussion over sharp teeth characters guess who comes to mind first, this maroon hottie here. I don’t think from a female perspective would be disagreeing here, Rin has the best pearly shark set out of this list, he flaunts them least every episode. Rin isn’t the easiest to get on with, feisty and stubborn he isn’t whole lot of everyone’s favourite for this reason. In season two you get to see underneath the heated anger (due to a misunderstanding). He feels towards Haru in particular, only because of how close cherishing their bond.

I think it also goes hand in hand Rin being a swimmer backs up his shark like look for the number one spot. Totally nothing to do with him as my favourite free boy when he isn’t others. . .you should give him a chance haha. My friend has yet to dive into the wonderful world of Free, she will join me, us very soon feel free to comment below any convincing to watch this show sooner.

There are some characters who can pull off the shark look and Rin the only runner for this spot. When he smirks. . . I loose my mind really those. .  . teeth can . . *no comment*

I did my best here to my friend who is reading this to find the finest anime shark men for you. Some of my friends might suggest better or hollow at me for not featuring someone because I didn’t want that anime yet. ahaha. You know we need to get you on the Free train so I can know who will be best boy for you, that is a anime for you and I only.

I hope this was fun read for you and was so enjoyable to write about BUT I think I need to do my own spill on why Rin is my best Free boy at some point. Make my argument.

Look forward to more requested posts from my friend probably haha. I can see it happening. See you in the next post everyone!