New month is here and 7 weeks till Christmas unlike any other. Ahh it’s going to be maddening. I’ve had one topic on my mind since my last post that I can’t seem to not want to mention. It’s something I’ve applied for myself.

Back in April I wrote a piece Sharing The Ani Love Online addressing how I choose to use social media for speaking the anime and the social media isn’t always field of daisies. Since writing this my entire outlook has changed permanently I feel now. I recently finished a book called “How To Do Nothing”: Resisting The Attention Economy by Jenny Odell, first glance I thought was about how living in such a digitised world now we don’t make the time to do nothing. No it wasn’t about doing nothing but put into different contexts exploring a different entirety on “Doing Nothing”. I love reading but I’m not a self help kind of reader, diving into something like this was different and coming out on other end as life changing. I listened to audiobook version which made this particular read much more enjoyable, good narrators apparently really do matter in this situation.

I’m going to break down best as I can using quotes from Jenny’s book to get my thoughts across because as I’ve writing this are still a jumbled up mess. But Jenny’s book put all I thought and felt about how social media has us constantly plugged in, where our attention has gone towards, on self expression, mentally it messes with us, how we have to be constantly productive. The list really goes on but I’ll do my best here to not let this turn into a ramble. Jenny’s quote and Oreki are going to help me here haha.

Every point I make here, I have been there and probably anyone who reads this. No-one is exempt in this regard. I really wish I wouldn’t sound so scary serious when I write these types of posts but I can’t help it.

Our very idea of productivity is premised on the idea of producing something new, whereas we do not tend to see maintenance and care as productive in the same way

Productive All The Time

Jenny really did her research to back up for her findings and points, some is overload information dump but you do get the point by the end. She has so many amazing quotes but this one closing in a nutshell on the need to be productive when you run a blog, youtube, this invisible force that causes you all the anxiety sending you down a mental stream of doom. I love anime, I love talking about it here on the blog, it’s why I created the thing with pure intentions. At the beginning it’s always great joining a platform like wordpress whatever is you talk passionately about, your hobbies etc. You build an audience, hey I got readers now. It’s all good and then.

The invisible pull comes, YOU NEED TO BE CREATING NEW THINGS ALL THE TIME. Fresh ideas never hurt anyone but pile up of all these new creative things you want to do is more harmful than you think. I look at all the new blog segments I’ve either announced or started up and fades into background. Because this whole time like everyone else, I’ve been viewing to be productive you have to be steam rolling out new content all the time. Completely forgetting the other latter of maintaining what you already have going or in place. Keeping this blog going even just a post a week is being productive.

Same situation to keeping our twitter and Instagrams full of shiny new, not posting on either is considered unproductive. I mean were beating ourselves up and calling ourselves failures for talking about something we love and not meeting these invisible standards. Ludicrous. A different story if what you do you make or are trying to make money off of but same applies still, making yourself worthless like that is damaging. The idea of being productive, we all have been looking at so wrongly.

“What if we spent less time shouting into the void and being washed over with shouting in return-and more time talking in rooms to those for whom our words are intended? If we have only so much attention to give, and only so much time on this earth, we might want to think about rein-fusing our attention and our communication with the intention that both deserve.”

It’s wonderful the many people and friends I’ve made through this blog, and feeling connected with mutual others who love anime like me. Social media is a blessing for that case and connections we could never make before. Getting to voice my excitement on twitter or instagram about anime and engage more was great as well. Not so much the blog this is about but main social platforms turned me into a mindless zombie. I’d turned myself into an open book, privacy has become non existent. I’m about to start a new anime, already half way through first episode What do I do? TWEET my reaction of course then put it up on instagram of course next.

Who was this person because she wasn’t me. . . the old me would have steam rolled through the series then wrote about it. Scrolling through instagram now, the regular people I follow, honestly. . . don’t know how they constantly update every day in their stories. The unconscious pull presence to post something there as always. Jenny drove home with her words how much social media tries to keep you engaged all the time, how much time it swallows up. It’s not like we’re not aware of this fact but creatures of habit keep on doing. Since reading Jenny’s book I only check twitter and instagram in mornings and barely throughout day now. I’ve been doing this for past two weeks and feels less zombie like gradually. It only takes that one thing to change that aspect in your life and Jenny’s book as done that for me. It’s amazing really.

I feel like the right to not express yourself has become a myth, every tweet I would make saying “I got blog post coming” “Starting a mysterious manga today”. Does every thought like that need to be said right this second? Well No. Because we are constantly connected, there is no time breathe. Depriving ourselves of any privacy and our attention at a constant divide. As Jenny describes twitter is a void you’re shouting thoughts but so few will hear unless you are famous. Instead of me shouting into a void, my precious attention can be acknowledged like here on my blog and circles of friends, I’m apart of that respect me. Direct your attention where you know you will be heard. 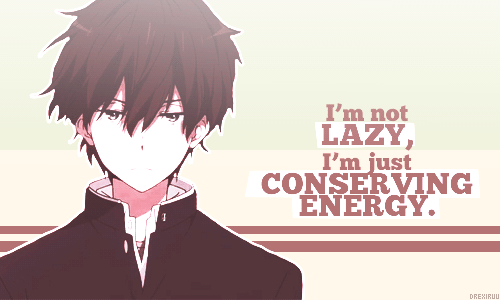 “I want to be clear that I’m not actually encouraging anyone to stop doing things completely. In fact, I think that “doing nothing”—in the sense of refusing productivity and stopping to listen—entails an active process of listening that seeks out the effects of racial, environmental, and economic injustice and brings about real change. I consider “doing nothing” both as a kind of deprogramming device and as sustenance for those feeling too disassembled to act meaningfully. On this level, the practice of doing nothing has several tools to offer us when it comes to resisting the attention economy.

The first tool has to do with repair. In such times as these, having recourse to periods of and spaces for “doing nothing” is of utmost importance, because without them we have no way to think, reflect, heal, and sustain ourselves—individually or collectively. There is a kind of nothing that’s necessary for, at the end of the day, doing something.”

Doing Nothing Is Something

The tweets I’ve seen for longest time of people apologising for not creating any content or said anything because they had a bad day and were quiet are just. . . disheartening. What is anyone doing for themselves by doing this? More guilt and anxiety. Who the hell wants that. I understand from perspective this is your job, you’re living to give some sort of update but that can come later. If this your hobby you need to disengage completely when life is being a poop and go do nothing. You need take a lesson from Oreki book on being lazy, it’s conserving energy really, maintaining yourself. You need revaluate your priorities. It always makes me seriously concerned seeing that on any social media platform.

“I haven’t recorded that video or wrote that blog post because I was playing animal crossing” In your mind that wasn’t productive and but in-fact was. Doing nothing is something, Jenny’s kind of to do nothing is go to a park and just lay there staring at the sky,. My kind of nothing time is to binge anime all night, make amv’s. Hobbies are meant to be fun not jobs. That kind of nothing time is for ourselves, focusing on our state of self to give us some solace and tranquility from things that want your attention 24/7. Doing nothing is not bad, it’s good and something viewed upon with so much misconception these days.

I’m so over idea that I need to be reviewing every anime I’ve finished after I’ve finished, I need to post on instagram thoughts on first volume of this manga after I’ve finished reading it. Who was I when I did this all the time? I wasn’t me, I was a zombie, robot who didn’t allow itself anytime to think, process what I’d just consumed. Jenny’s book has brought me so much clarity, how my attention days for the blog are Sundays and Mondays now. Some things other days if I have minute. How not every thought needs to be publicised. Where my attention deserves to go and much more. I don’t want to become again who I was for last few years when using social media. I have some clarity now and If Oreki was standing  beside me right now he would probably encourage me to go be lazy. hehe.

Nearly 2000 words here but I think I made my point, only you all reading it will clarify that for me. This was something purely for me to just get out and of course help someone who is feeling the same way. Safe to say after writing this I have gone from hater to lover of self help books, if they have some humour in it that is. Highly recommend you give this book a read if you want to feel some clarity yourself.

I have felt like a kind of new me since finishing this book 2 weeks ago and probably best I’ve felt in a while now.

Hope you enjoyed the read regardless as for next post it will be a top 5 list requested by a friend haha this will be funny. lol

I shall see you all in the next post!!