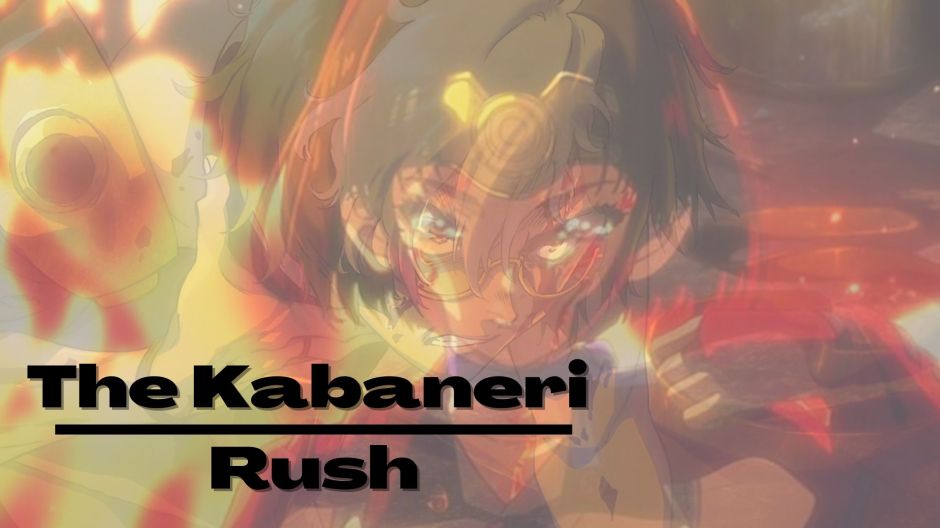 I’m so glad I left this post till October, the timing is perfect to showcase this adrenaline addiction. Others words, stuck for your next watch? I got you.

I finally knocked a series off my “avoid for years” list and discovered a new favourite. Desperately last month I was seeking an adrenaline rush series, Kabaneri Of The Iron Fortress delivering with such ferocious energy. Had to catch my breathe fair few times.

You cannot loose your humanity to fear

Hard to believe this series came out 2016, possessing an extremely high standard level besides anime we are getting into 2020. The special iron clad mark from Wit Studio that won’t fade for years to come. It has always annoys me in this situation two series are compared closely together, “Kabaneri is attack on titan’s junior”. Just because these two series have ‘end of humanity’ theme going on here. You shouldn’t put them in the same pen. Kabaneri until now had always looked like a cool series but it went beyond of what I expected.

Two series with similar themes how can people not compare the two? Experiences.

Attack On Titan is the abyss of hopelessness shown in a horror fashion, not a shred of suffering ever wavering during the whole time. The series doesn’t allow you to breathe, the intensity button is cranked up notch every episode. Kabaneri was entirely different experience. I was allowed to breathe even though survival was top priority, ringing out with strong desire through characters. Kabaneri was a pure adrenaline rush for twelve episode series, at points predictable during story but every episode had me memorised. The animation and music were first things I immediately fell in love with.

Kabaneri got the steampunk right, majestic spectacle from characters outfits to train fortresses. It’s best steampunk anything I’ve ever seen, made me feel obsessed afterwards. Wit studio made me obsessed, scenes drenched in a vibrant ruby reds, bright oranges, are divine. A Gem stone palette Kabaneri has going for it, rustic metal looking worn and tired, glowing golden iron hearts of dead. Ah it’s all so gorgeous, everything to look at feels soft and warm, especially character designs.

Here hear his name Hiroyuki Sawano music composer behind Attack On Titan, Aldnoah Zero, again choice of spell binding beats during every action scene was flawless. The hearts needs to be racing for when main group reaches a new check point and into new crazy danger. I really don’t think I would have enjoyed Kabaneri without that animation and music, wasn’t till after the story and characters finally grew on me.

You can feel the post-apocalyptic essence, people living in these steel moving fortresses and only safe refugee were continent stations. Walking zombies with iron hearts known as Kabane, were all cool concept, supporting the steampunk factor. Kabaneri made killing zombies look so fun, thanks to Mumei. Known as a Kabaneri (half human and Kabane) extremely confident and skilled girl who uses a timer, when setting a kill goal within a time limit. It’s hilarious. Mumei and including main cast you follow seems to lack characterisation, appearing just one dimensional within first two episodes but after what unfolded was a passion to survive among a group of strangers. Short series leave no time sometimes to shine light on everyone but Kabaneri’s focus on this cast was solid to form an attachment towards.

We humans are miserable creatures. We reject what we fear. We attack because we don’t understand. Human cowardice breeds war.

Mumei and Ikoma I didn’t expect to love them much as I did. They are a strange pairing, both difference in personality but share an understanding, others cannot. As a Kabaneri your floating between crossing the edge of turning into Kabane. More than that facing a humane feeling of automatic dejection from those around, fear clogging our minds and to easily mistrust. Ikoma takes the brunt constantly having to prove himself over and over, he’s nothing but a loveable big nerd, a steam smith who was tinkering with his toys. With the hope of creating a gun to kill the kabane. Which he does, even then gaining trust from others feels more hopeless than before.

In Kabaneri world the fragility of mistrust a constant high, words are not taken lightly. Mumei and Ikoma have to go to extraordinary lengths to prove the truth through their actions more than words. That they are not a threat, showing how we feel need to prove ourselves to others, it’s exhausting. Ikoma reaches such a point in series where becomes an escape goat then he screams out this “May you all live in shame knowing you outcasted someone who saved your lives”. This scene highlighted for me what Kabaneri was trying to mark, how fear makes us humans cowards not wishing to understand, nor wanting to. But after this Ikoma turned into a real bad ass and got a new sexy hair cut, I fell in love after that.

Kabaneri is an adrenaline rush. It knows how to keep you engaged, feeding you more insane, crazy with every new episode, the survival to reach next check point. Kabaneri has action and thrills but displayed how easily fear is a motive driver towards humans and our less eager selves to understand or show empathy. An important emotion we can never avoid to lack in empathy. Ikoma as one of the main characters was a fantastic reminder of this, a compassionate nerd he remained despite the speculation and ridicule. Kabaneri Of The Iron Fortress was unexpected enjoyment and including the 2019 film, Kabaneri of the Iron Fortress: The Battle of Unato. The film a fun continuation and extension for characters to grow even more, I loved seeing Mumei and Ikoma had grown even more and their bond.

I can guarantee this October is best time to watch this action, adrenaline gem. A show unnecessarily masked over by people’s comparisons to a succession counterpart, where that judgement wasn’t fair and not the case.

Here is an article I found addressing also all the defining differences and agree with.

Have you ever seen finer back muscles, beautiful Yukina !

Ah, honey Ikoma by end turned into a badass loveable nerd. That short hair did it in the end.

See I promised next post would be a anime coverage. I hope you give Kabaneri a try, ah it was a fun time. I will take anymore of this series in future and it’s going to join my physical collection!! Let me know if you have seen this and what you thought of it?

You can watch series on Amazon Prime and 2019 film on Netflix. !

I hope you enjoyed the read ! and it’s Sunday again I’m coming out with something. After next week I will have a bit more free time to focus on some gradual content, I’ve planned to write up.

I’ll see you all in the next post and Sunday I guess!

16 thoughts on “The Kabaneri Rush”