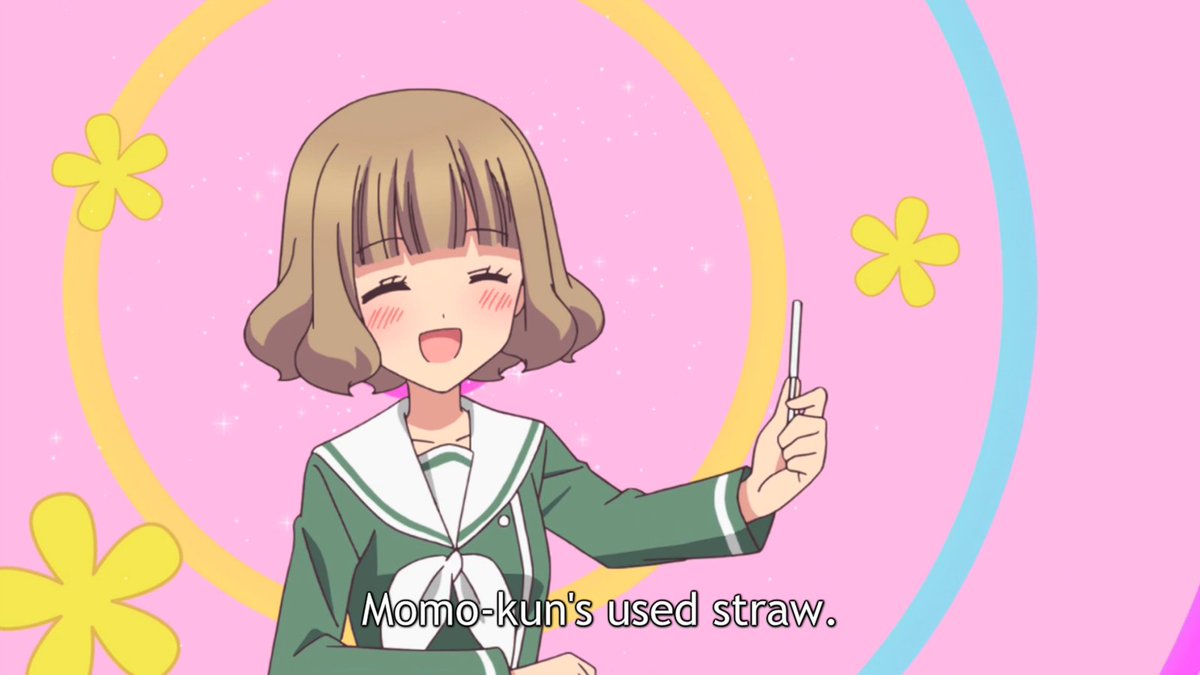 July was my slowest month for watching anime then again it’s been slow for a while. But you know what saves times: Anime shorts. If you are in desperate need of distraction this anime short might be it.


This year is weird. Everything just feels weird. I’ve never so felt weird about the set of circumstances we are all facing. You find yourself digging into your hobbies more and distractions. I need one just daily now, scrolling through amazon wish list, read a manga volume, watch an episode, pin the pins on pinterest. Anything will do, ANYTHING. One of the best distractions I discovered last month was anime short: Momokuri.

Anime shorts don’t get enough love and brushed aside assuming they have nothing to bring to the table. If you ask me, you don’t need broaden those horizons. I’ve watched very few myself but not because I wasn’t interested just.  .   . so much to watch. Momokuri filled my romance void easily, sugar coating sweetness. Think of how sweet honey comb is, Momokuri is that. Things are straight forward formula set up Yuri Kurihara boldly asks out long time crush Shinya Momo and they begin dating.

The series follows many first’s Yuri and Shinya experience together. Both are one of the most awkward pairing I’ve come across in a long while, their purity, innocence is addicting. The constant blush fest might seem sugar coated over time but both wear heart on their sleeves. Novices to love type characters are the most fun and wholesome to watch. Yuri and Shinya baby steps remind me of kazehaya and sawako from Kimi Ni Todoke.

One of the best things about this anime short was Yuki’s bizarre ways to show her love and adoration towards Momo. She could be seen as crazy but Yuki didn’t hide her feelings for Momo, always honest and transparent. Never caring for the opinions of others. Noriko lecturing Yuki over her weird habits are pretty hilarious, Yuki seeing no wrong or harm in what she was doing. Used straws to never want to wash the hands touched by Momo had Yuki falling for him every minute. Being weird in a good way means you’re not boring, making Yuki an entertaining character. Her odd way of showing affection was hysterical and the best attribute, it meant Yuki was always true to herself and her own feelings. Yuki’s best moments are her secret screenshot capturing of momo expressions, anyway she could.

We should take a page out of Yuki’s book and always embrace our obsessions, weird uniqueness next time were drooling over that anime figurine, release.  .  . hot anime guy.

Something this romance did which was great to see because we don’t get a lot of. Rio, a classmate Yuki befriends falls for Shinya but her crush for him remains neutral. An unrequited love handled nicely, Rio is worried at first of Yuki’s strange behaviour, how she shows affection. Rio eventually comes to the conclusion Yuki is just different expressing her feelings, growing envy towards her. Rio is not a vocal person about her feelings but not wanting to step on toes. Somehow Rio finds content for her secret crush on Shinya, Rio was just a sweetie the whole time about Shinya and Yuki together, I felt sorry for her a little letting herself be sidelined. My worry of this turning into a love triangle quickly dispelled fast, because it would have spoiled the warmth this series brings.

One of my favourite shinya moments !!

Giving a brief mention of Shinya’s character a total cutie but I loved how flustered and frustrated he got around Yuki. Shinya has the appearance of an elementary school kid, never treated beyond that, Yuki’s assertive nature has her taking the lead in their relationship a lot. This makes Shinya feel belittled that Yuki doesn’t see him as a man and is never able to take the initiative. Eventually Shinya steps up his game catching Yuki off guard and causing her mind to go into a dizzy spell. It’s hilarious, Yuki never seems affected by other girls talking to Momo etc and this moment makes Yuki realise some important things.

Saying this series is a anime short feels weird to say because one whole episode feels like you’re watching two. Episodes are split in half focusing on different situation, liked this set up a lot. So, Momokuri was a much needed distraction for as of late, straight forward romance, blushing fest that lasts as long as Dragonball z fights, main girl is a weirdo. If any of these things will appeal to you, this anime short deserves your time. !!

You can watch it on HIDIVE and buy a home release !!

A distraction awaits you if that is what you need right now. So happy to rewatch this series anytime and I need to give my time to anime shorts more!!