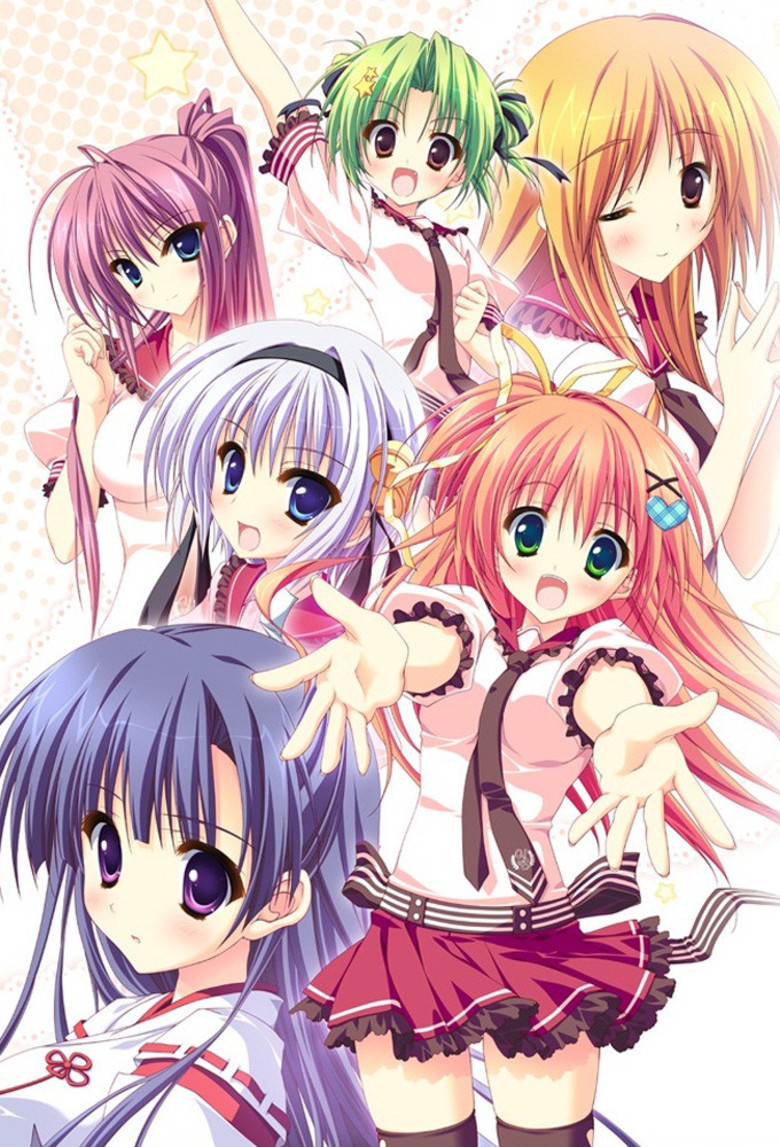 Unknown, underrated coverage is nigh here as per mentioning in recent blog update. I’m fulfilling a blog original goal go me, and we could have started off with something epic but. . . visual novel adaptation. what is this?!? 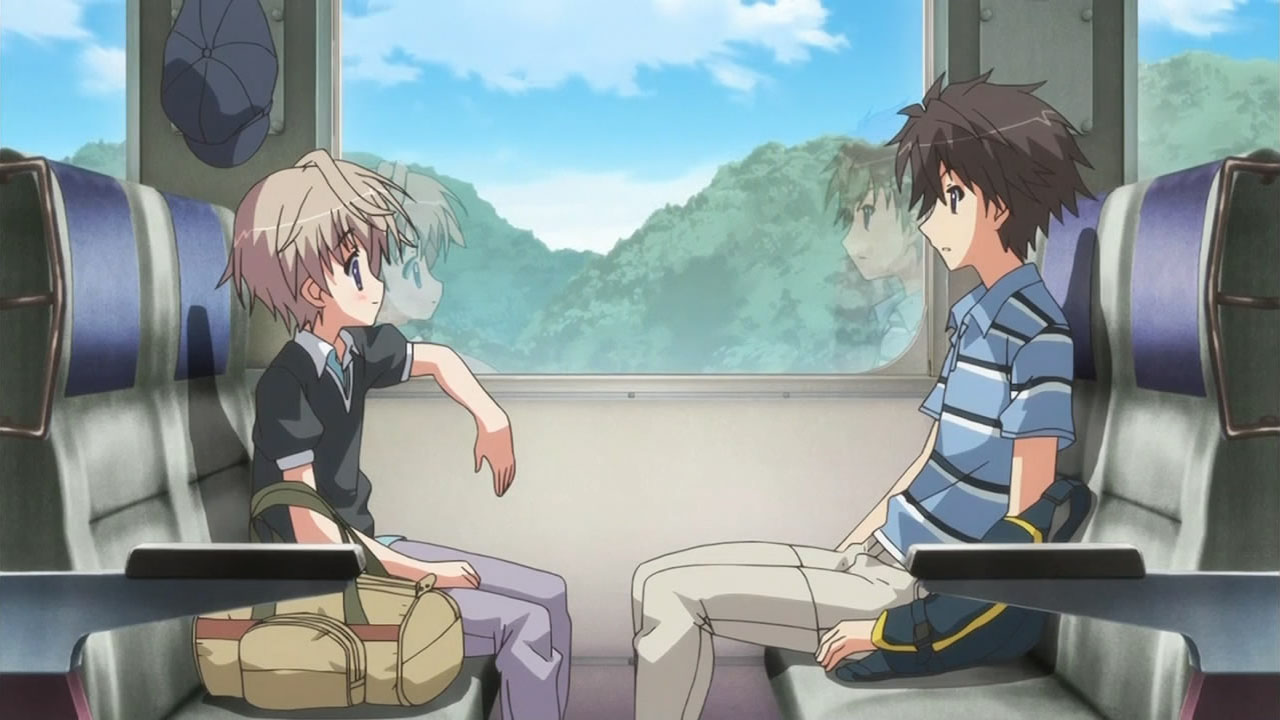 Visual novel adaptation if you’re Key are supreme success here, top hierarchy. No others can seem to compete from what I’ve read up but what do I know visual novel talk. Although? what I do know unfairness any anime being placed in the trash without ever giving it a fair shot. A Bridge to the Starry Skies was the first ‘unknown’ of many watches I have lined up because first glance, I was in the mood for generic. The famous trait having learned among visual novels: harems. Either this burns fast or scraps by as passable. This series has classic standard of harem, Kazuma and his brother move to rural mountains residing in their uncle’s inn. The pair become lost on their way and Kazuma encounters Ui tripping over her, kissing in the process, countryside life becomes not what they thought.

Generic you can call at best but A Bridge to the Starry Skies was pleasant cute mediocre to absorb my time into. Kazuma main male is a harem standard, well-mannered, kind, but was fun protagonist, his interactions with all the girls were wholesome. A very likeable standard harem male. As for the girls they were an adorable bunch, each with strong distinct personality. Ui central female her Japanese voice could be questioned. I still never adjusted to the annoying tone. The show is obvious of where things lead to and can’t tell you how nice to watch a harem with a CONCLUSION. I love harem anything but it’s dam refreshing when loose ends are concluded. 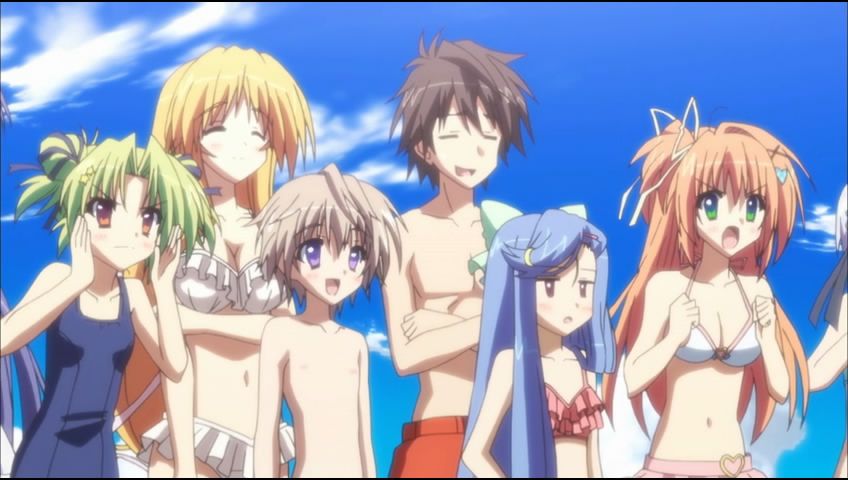 As cute and pleasant this series was those fan service elements stood out all too much at once but I’m someone that is never bothered. As harem, ecchi genres are my indulgence watches. Only time fan service got bit much was Kazuma brother, Ayumu rubbing lotion all over Tsumugi. Ayumu voicing is elementary level and commenting as he’s rubbing the lotion. .  . well that sends the wrong vibes. The fan service didn’t all ruin as a few humorous consist within that were greatly amusing. Why I ended up liking this series was the character interactions as a group, a friendly wholesome bunch during their daily lives.

One thing that surprised me half way through, handling of unrequited love from one of the girls. I appreciated this a lot done in clean, funny fashion. The romance focus doesn’t take stage till very end but I honestly was too busy invested in groups daily antics, to think about that. It was an extra bonus, romance obvious route.

Studio Doga Kobo you may know Yuri, Yuri!, Plastic Memories, are a new studio on my radar, I’ve become a fan of their animation work. A Bridge to the Starry Skies holds up well animation wise for 2011, especially in the opening. Their animation style has a colourful appeal that jams with me, very keen to check out their newer works Sing Yesterday For Me, Asteroid Love. The animation clearly has gone up a notch. Double praise on animation and opening theme, it was a dearly cute song that got stuck in my head.

A Bridge to the Starry Skies is cutest kind of generic besides the over use of fan service, an unfortunate downfall people will pass by on this. If fan service excess is no bother to you then you’ll get fullest enjoyment from this cute novel adaptation. Watching this came at the right time when mediocre was my craving. This series a great example of embracing the “standard” for what it is. Not on Key level but the best visual novel adaptation watch in a long time.

You can watch on crunchyroll!

Feel free to recommend any other visual novel adaptations because I have a very soft spot for these.

It was surprise I would like this but it was enjoyable. Now terms on unknown scale, one or two bloggers have reviewed this but a series easily others would give a second glance over. I actually know Sirius adores this series, first I heard about it.

Side note: Content may be slow during July as I’m working on my big project for OWLS bloggers for July blog tour and it’s time consuming. I’m so excited when I get to share with everyone!!

Hope you enjoyed the first of many unknown anime posts !!