There are reasons for why you never can forget a series and Aldnoah Zero will be one of these for rest of my life.

No Decree For War

Aldnoah Zero leaves the smokes and mirrors behind and gives us the real truth behind war logic unlike other mecha series. This series floored me with a steamroller, is this a bad thing? Oh god hell no, this wonderfully, flawed series I’m going to remember the rollercoaster it sent me down. Settlers discover martian power “Aldnoah” colonise on Mars to become Ver empire. During a battle between terrans (humans) and martians (vers empire) the moon explodes leaving debris wide spread. Years later Princess of Vers Asseylum visits earth to bridge the gap for peace but an assassination attempt, gives way for 37 Vers empire orbital knights to declare war on earth once more.

Primary series focus on three characters Princess Asseylum, her close friend Slaine and school student Inaho. It’s a complex triangle of interactions between these three due to Slaine’s character. An earth born terran and taken in by the princess but treated like dirt by the martians, no matter how dedicated remaining to her highness. Slaine presence in the plot I felt sorry for, either was running after princess or unsure among his doubts of what’s right. This lead to exceptional growth although being backed into a corner. Slaine’s character wasn’t utilised well with only little presence but he was still a darling following his conviction of protection for his beloved princess. Pity he lost his marbles in the end.

Inaho out of the character cast I knew people would grow irritated with. His constant rational attitude and calm manner even in the midst of a impossible situation is illogical, one reaction would kill you. At first Inaho reminded me of Akira protagonist in Aquarion Logos god forbid that series. Akira was blankest slate of character I’ve ever seen in any anime, hell annoying. Inaho stays out of the blank range just enough, he least cracks a smile more then Akira ever did. In Inaho’s own awkward way cares of what transpiring before him. Yuki his sister more than once comments “You’ve always been this way” showing full acceptance of how Inaho is. I didn’t mind Inaho’s the oddball, maybe social awkwardness. Nothing like that Akira guy, I could write a whole post on that one.

This series took me an evolving ride, wasn’t one second I was bored. Despite how wonky plot became especially in the second season. A whirlwind of consumption to process of what was going on despite the rash pace, just one of those series everything is happening at once. Though I call this work a wonderful, flawed work having a wonky plot, characters, the ending etc. Other hand many gorgeous elements which i’ll get into a sec. Aldnoah Zero seemed “almost” like other mecha series with a on-going war and one side will win but takes the concept of war from a different angle. Twisting meaning of war in logical terms that it has existed throughout mankind history and sometimes without root cause. The vers empire orbital knights hatred waging war against earth is indirect, but towards the vers royal family, implanting negative widespread upon them. Hatred resonating from the power of Aldnoah at their disposable, the responsibility is too much in their hands. They wish to for Vers to prosper but not with god like power as Aldnoah. I loved this different approach to war and where series had my fall attention.

It’s hard to know who is the enemy in this series, it stumps you with its logical war approach. The orbital knights reasoning aren’t just no, but still I saw them as victims of vers royal influence. From this point the direction of the on-going war heads into the unknown and you begin to ask million questions. Clever to get me continuing on till the end. 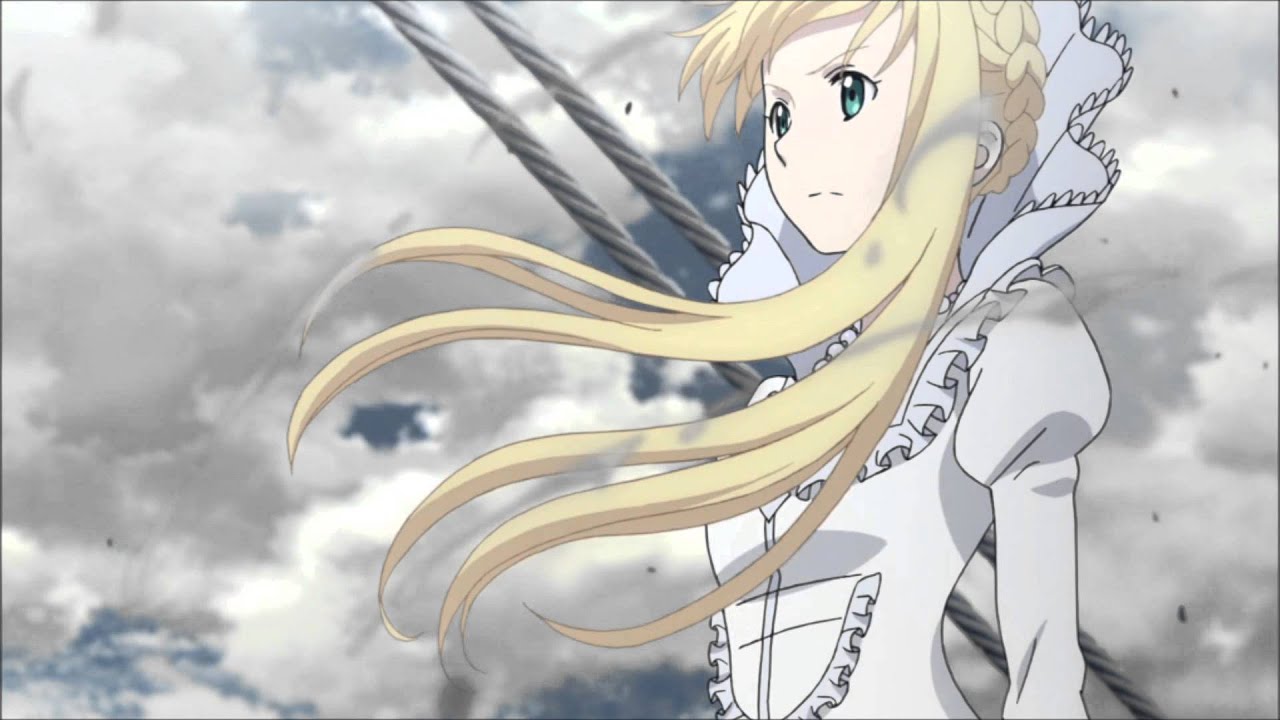 For last Mecha March I wrote a piece on Lacus Clyne one of few strong females in mecha I’ve come to love. Lacus I found your successor. Many princesses get caught up in war trap in mecha and utilised to fade in the background with their idealogical wishes of peace. I nearly wanted to cry Princess Asseylum character disappear into this void. She was a partial wholesome presence in the story, as sadly she doesn’t make more of an appearance in second season. I liked her more in first season. A princess who isn’t afraid to get in there. Her constant forwardness in hope of peace through all the impossible, she wisely picks her moments to indulge that selfish notion.

Asseylum wishes for union and actions to back up are pure. Within her vision was always peace but didn’t make her ignorant that her plea might reach. This acknowledgement is what put her on the bar. It’s been a long time since a princess kicked ass like she did. 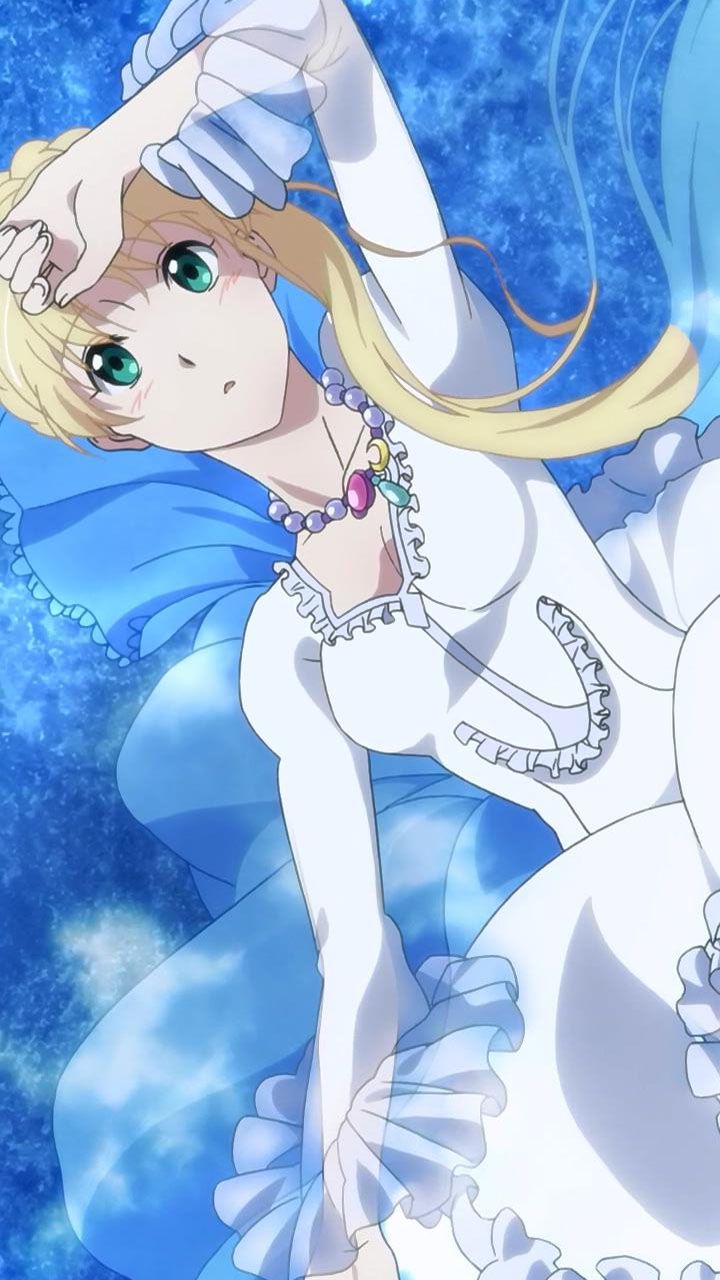 Ah, Ah, Ahhhhh. Now w’ere onto the best part of this series, the insane visuals and jaw stopping music. A1-pictures and TROYA the master behind this everything. There is nothing I could fault in the visuals, they are mad as hell. In first opening princess laying in the open water, you’re looking from above, then to space scapes. I feel breathless at every turn in this anime. This is officially my favourite series by A1-pictures animation wise, it’s bloody gorgeous. TROYA I had never heard of as they have only ever done co-production on other anime (Bloom Into You) etc.

I could go on forever about the visuals but the music needs equal recognition. During the first mecha fight in 1st season, the music tempo picked up and this epic, space battle rhythm comes out of nowhere. Throwing in some electric guitar and jazz backings, the composition flawed me. From then on the music built with every new battle to commence. I had to know the master mind behind this adrenaline music, Hiroyuki Sawano A Japanese music composer and of other many talents instructed under project name SawanoHiroyuki[nZk]. Finding out he worked on Attack On Titan, Gundam Unicorn and listening to tracks from anime OST, everything made sense of this man’s intricate ability to detail. I haven’t been this blown away since Free OST, the use of sounds in Aldnoah Zero OST is on same level.

I’ve discovered through this series two amazing female vocalists, first trio female group Kalafina. Their voices in union for first opening ‘heavenly blue’, angels are singing. That opening. . . sets up a hype energy for fast pace the anime goes at. Second is Miba Kobayashi she does first ending, second opening and ending, gorgeous voice. She has a uplifting presence when she sings and easily to feel lost in. Aldnoah Zero has drugged me up on their visuals and music, haha.

So this mecha left an ingrained impression upon me. Aldnoah Zero is quite the rarity upon the mecha universe of anime, a modern warfare series that holds up strongly. Crafted in 2014 but the insane visuals doesn’t make it seem so. I’ll say again an absolutely wonderfully flawed work that I still love a great deal. This mecha took me a wild ride full mecha action and war perspective that was refreshing, war has no roots sometimes to fall back on, hate is not the stem but an negotiation, excuse. That ugly truth, presented in logical meaning but with beauty.

I have found a flawed favourite, ah it’s so weird when I think about this series makes me so happy even though there are problems. Hope you will give this series a try if you want a modern mecha. Hard believe it was made in 2014, anyone would think was made this year. I can see the bluray quality, ahhhhhhhhhh oh my god the visuals.

Hope you enjoyed my mecha babble.

I’ll see you all the next mecha babble!