When at war you cannot not navigate without someone taking the helm and give instruction these are 5 captains, leaders I would happily serve under.

Mecha anime has some badass people to take the lead during the epic battles but I don’t think I’ve seen anyone giving mention to any individuals. These role models make the hardest decisions in gravest of situations and deserve some love. 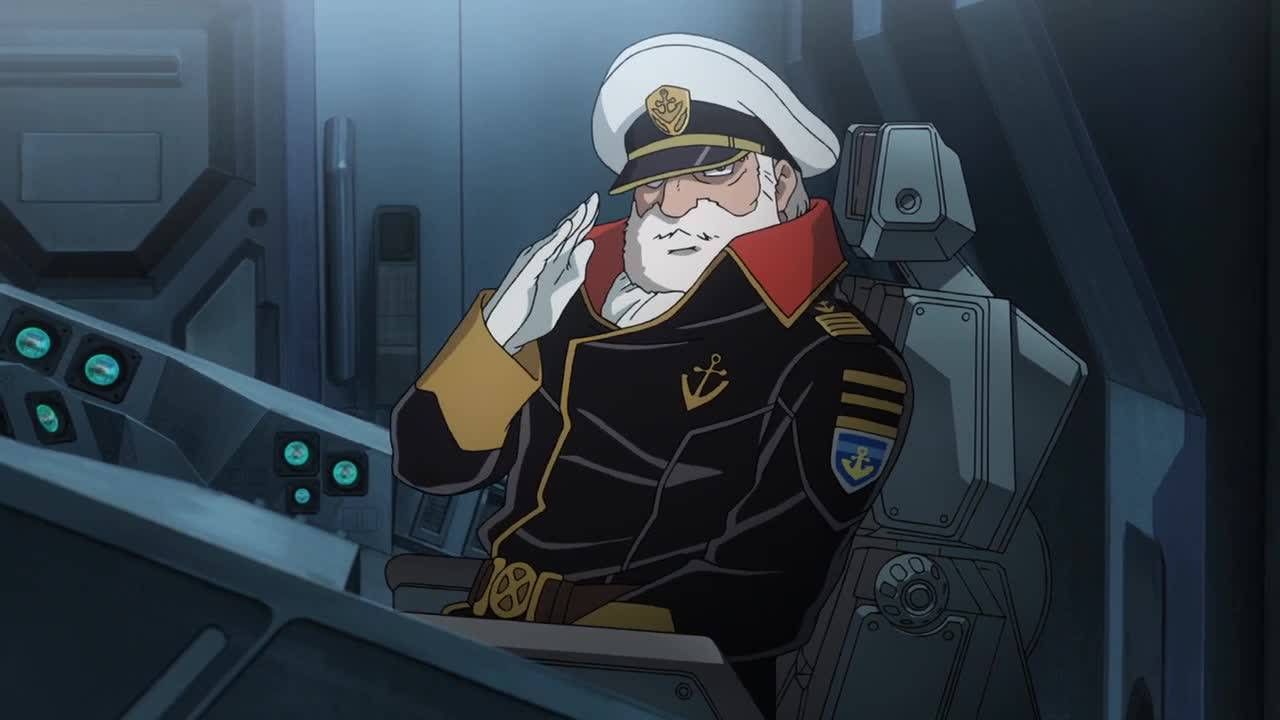 Space Battle Ship 2199 was my first treat to space opera and it was a wild ride. In the first season one character stood out fast, Captain Okita. The Yamato ship couldn’t have been in more capable hands than his, to reach Iscandar to retrieve cosmo reserve system to save earth from Gamilas overtake. Okita looks like your sweet grandpa rocking in his chair back and forth with you in his lap, but at others was stern as old mule when needed. Okita is a massive influence over Novice Kodai, preparing him for what comes in due course.

During some difficult pinches Okita demonstrates his years of experience, with daredevil plans and manoeuvres that left a small screech from me. Anyone in command should be willing to attempt the crazy, Okita delivers every time. He’s the finest, upperclass captain you’ll get around these mecha parts, no-one more wiser and fair.

Schwarzesmarken I covered last mecha march as an underrated gem. This german influenced anime surprised me, ended up enjoying a lot. Series focuses on Germany divided as east and west, due to alien invasion known as “Beta”. East Germany 666th TSF squadron specialised team always caught in the crossfire from either heated sides. Squad leader and war hero Iris taking one for the team always but no-one giving a dam at the start. People judge her heavily for the rumour she killed her own brother for survival. Iris ignores her own self putting her comrades and missions first, heading into battle first.

Iris was my favourite character from series, I was surprised how strong she stood out but despite rumours and treatment from others, Iris disregarded it all. One of her suburbanites Theodor comes to admire a lot, as Iris only one who sees through his coldness. Iris looks deep beneath in people, giving them a chance, an important trait to have as a leader if situation calls for it. Iris underneath her war hero declaration is a beautiful soul, with a extremely strong will to always go on. “No-one cannot snuff out the last light” Iris quotes showing her strong resolve Germany will be country of peace once again one day, that scene thinking about, gets me good. I’ve added this quote to my own life, it’s a damn good impact. Iris is one badass female, been a long time coming across one like her. 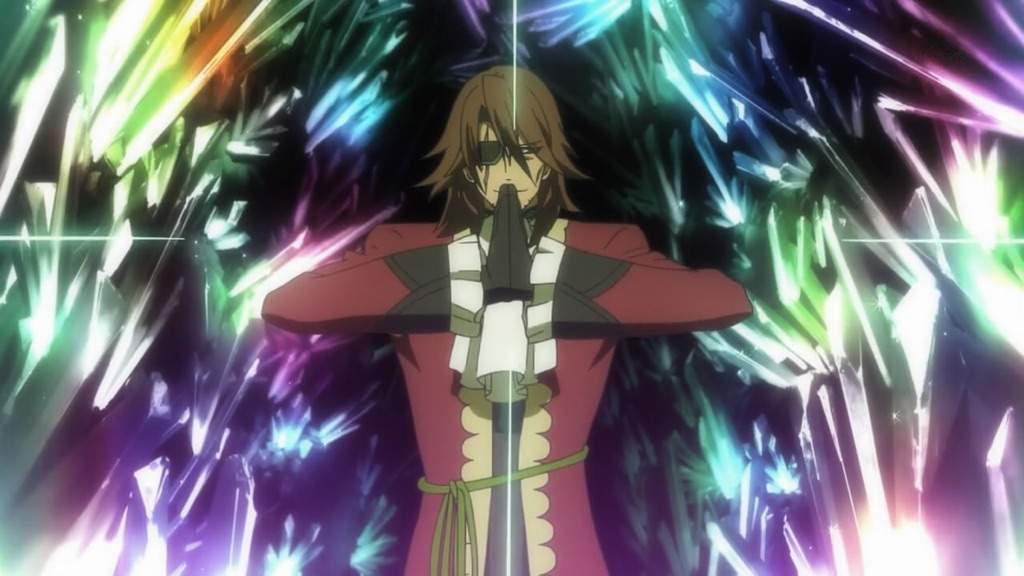 If you want an eccentric, one of kind commander Zen is your man. I have no idea how old this dude is during first Aquarion and EVOL, 300 years old?, Zen is older than Okita, haha. The story of Aquarion Zen has been there from the beginning, creating DEAVA and guiding elemental pilots, drawing out their full potential to fight against the shadow angels. Zen is a man of riddles and odd sayings in his teaching methods, often confusing the teenage pilots but have a human condition point to them. Eventually making sense but his character confuses you straight up. What I love about Zen he remains focused on what’s ahead all the time, hardly wavering.

Zen is not an easy man to understand or his teachings but he has purest heart in this list and unwavering belief in humanity and feelings itself. He’s a rarity combination make up of a interesting character and sticks out from the pack.

A woman who can hold her own, she is my favourite from this list. Murrue Ramius, I’d serve any day possessing the qualities of a strong female. Murrue appears both in Seed and Destiny, time and time again overlooking Military instruction to do what is best in any situation. Murrue is put in the deep end becoming the captain of Archangel with random crew and navigating through the difficult. Murrue is of earth alliance and takes on Coordinator citizen Kira Yamato who comes to pilot, Freedom Gundam, becoming massive defensive for Arch angel. Murrue emotions overrule military protocol with Kira after she learns to leave prejudgement behind, Kira proving his loyalty.

Murrue is a competent, kind commander you can put all you’re faith in to not waver easily. Like Okita, a captain willing to take crazy risks and examples in Seed throughout. Murrue lets down her guard fair bit but not weak but to admire this trait about her, she’s a woman that follows her gut. A quality of a leader that is essential.

The youngest on this list but don’t be deceived by this pretty face. Sixteen but maturity to back it up. What I loved the series did to Tessa character, instead of giving us a young captain try hard, who acts beyond their years and fails. We’re given a typical sixteen year old and excellent commander? That doesn’t make? During four season of Full Metal Panic you see majority Captain of Mithril a competent commander in her own right, who is quick witted and a genius but we get innocent moments of Tessa a normal teenage girl, she’s a clumsy, scatter brain at heart. Soon as Tessa enters the commander room on Tuatha de Danaan’ submarine, game face is on. How Tessa goes from commander to normal teenager always trips me out but the balance use of two in the franchise is done well. She maybe be a young captain but proves throughout why her crew respect her so much, plus she has a secret or two hidden. Downright is just a cutie captain.

So you can tell me in the comments below who would you serve under? Very curious to know answers for this one? I can’t pick from anyone in this list who would be number one they all are. Hope you enjoyed the read !!!

3 thoughts on “5 I’d Serve Under Proudly”