I came back a day early from hiatus because nearly forgot this was due. First owls post for 2020!!

We have mentors, teachers, coaches, and role models whose stories inspired us in some way. Even when these role models are gone, their stories will live on from generation to generation. For this month, we will be exploring stories that have inspired or taught us some important lessons about life.

Before continuing on you need to check out previous post before me from member Mel. Then you can read my post.

For February in the name of basketball star Kobe Bryant, we decided to look at theme of legacy. Conveniently this week I finished a series off my on-hold list that coincides with this theme. 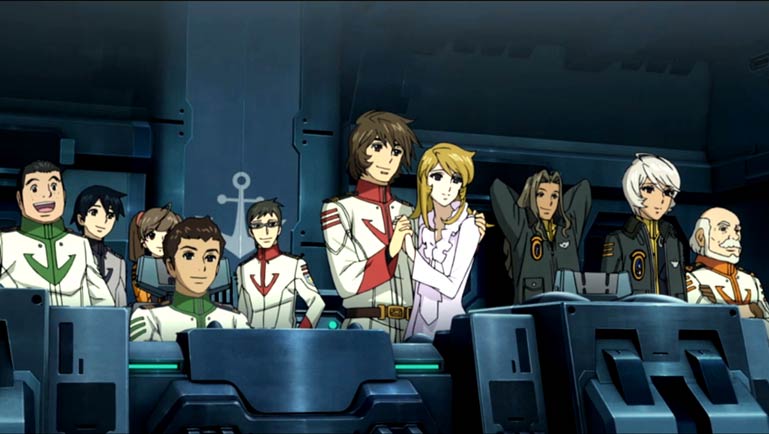 One of more underrated genres of anime I find is space opera and grieve to this fact. Space Battle Ship Yamato 2199 an adaptation remake from original 80s anime was my first space opera. Story focuses on crew of battleship Yamato fighting against the alien race Gamilas who leave earth in ruin. The Yamato makes the journey to a place called Iscandaran, in hope of receiving the reversal cosmo system to restore earth. There is another sequel again the crew of yamato is tested.

In this wild galactic display depth perception of how limitless humanity’s will is something to experience. Space opera is one of most riveting experience media wise I’ve ever had. Space Battle Ship Yamato stretches out to the limit in capability of humans and endless love we have inside of us. Love, bonds, is what makes us tick and we should accept all of that with second guessing ourselves. The crew of Yamato don’t start out best team but through course of events, everyone comes together. Character building is incredible in this series, that is the driving anchor.

One of central focuses is on Susumi Kodai and his vision, determination of saving earth, creating a hopeful future. The course he sets for himself, derails over and over making him loose doubt fast but this course, vision becomes a legacy to the crew. Especially going into sequel season. Kodai had his stubbles but remains out of many to be hopeful, creating a legacy of hope for everyone else. Sometimes all it takes is one person to be the anchor steering others, when they themselves cannot find.

The stars are insignificant spheres of light, there just there, you are only ones who give them meaning

I really adore this quote from the sequel because it’s so true. The stars are there and who else would care about them, just us. It doesn’t require much to give something meaning and that’s amazing ability we humans have. Legacy is that meaning without it would cease to be only nothing. Jane Austen, Eleanor roosevelt, are still talked about today thanks to meaning, written articles, books etc.

I just gave Spacebattle Ship Yamato meaning. Crew of Yamato bonds made became meaningful to one another in a touching sense, showing this groups resilience everyone seeing through mission till the end. Legacy is nothing without meaning, none of the celebrities would be popular as they are without it, haha.

Very short for this round of OWLS but my point was pretty simple but something not anyone was looking at during this tour. I hope you enjoyed the read regardless 🙂

Last on our February tour is Scott from Mechanical Anime Reviews so go check him out after this!!