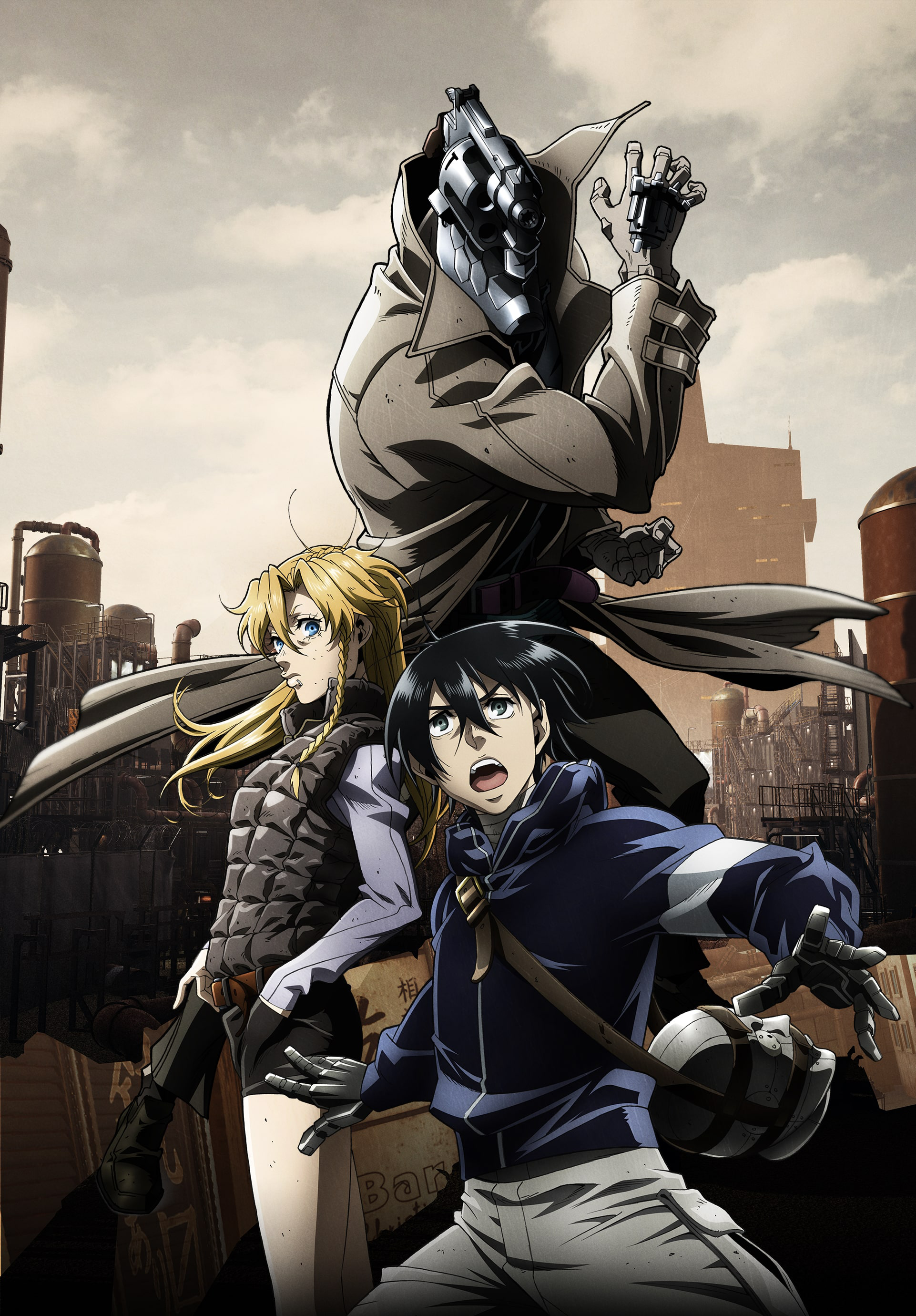 Last time I did one of these was 2018, it’s been a bit. The first cour of this action, scifi just ended last month and just had to talk about.

I’m saying YES GUNS YES LIFE over here. Finally all caught up to my fall 2019 series completed Stars Align other day and cyber action series earlier this month. No Guns No Life was a running winner for fall 2019, this genre of anime I don’t watch a lot of. To The Abandoned Sacred Beasts still one I haven’t finished from last year but currently making my through. That series sparked the action thrill once again and then came along No Guns No Life. Many appealing factors going for it currently and if some convincing is in order to check it out, continue on reading.

Seriously we get Ghost In Shell?Reborg 999 vibes here am I wrong? People have compared to Baccano, though I’ve not seen the series yet, I agree. The outlay of No Guns No Life screams fascination, madhouse know how to make a winner out the sci-fi scene with cut class animation. An eery metropolis dowsed in a thick atmosphere of sherlock and new york feel. The human populous walking around with extension robotics sets the picture alight as a society tied down by corporate obsession and fear. Discrimination against extended folk is high and a huge divide can be felt.

How this series sets up this air of fascination is effortless. The ability to capture the used and abused of this defiled society is disheartening at times to see. Hitting to my core damn good. Some of the extended designs are creepy and trippy which you don’t expect would turn your stomach, but it does. Apart from the series biggest drawn in our Gun head protagonist I’ll get to in the next point. Many under secrets have yet to be revealed as the first cour gives you a small taste, the young boy Tetsuro Juzo saves and takes on to protect. He brings the other half of why the Berühren Corporation wish to capture and underlining intentions. I’m still left hanging what is going to happen so engagement is no problem for this series.

An undeniable cool factor this series emanates and a refreshing boost.

You can say this in one line and peak intrigue: Main protagonist head is a gun revolver. I was sold on this one thing and it lives up to. A quick hand grip the factor, Juzo developed extended solider used for the war, who has no memories prior. He spends his days as a man for hire in extended involving incidents, keep the peace sort of thing. Juzo’s character has many layers in the first cour are displayed brilliantly. He really is damn entertainment seeming a big brute but crumbles in face of females and his favourite cigarettes. This ruggedly, stubborn facade with Testsuro and Mary doesn’t last long, Juzo expresses two things can’t stand children and humour. Juzo’s two comrades just peel away his mushy mould underneath.

Juzo’s comcial expression that Alphonse Elric look like, they are SO CUTE. Seeing this side of Juzo only makes him more likeable in my eyes. The tin man has a heart, meanwhile when Juzo is about to go wreckless mode, I’m on the edge of my seat in the way he fights. This man cannot live without his favourite cigs, an added amusement to this character but with important concept – ugh this is utilised perfectly. In the end your Juzo has all the engaging qualities to for this lone gun wolf if he will find his memories.

The Japanese version for No Guns No Life is great but I prefer the english dub thanks to the main cast Kylie Stewart (Mary), Chris Ryan (Juzo) and Caleb Yen (Tetsurou). I didn’t know who these guys were till watching this series, mostly doing supportive roles. No Guns No Life is their first big debut in a main cast and their chemistry smashes it. Chris Ryan as Juzo captures the gentle and tough of his character. Kylie as Mary captures the spunk and sass making this blonde stand out. Caleb as Tetsurou captures a boy abused in every sense and limited hope, so touching.

Their voices together create a fun and hilarious chemistry that works for this group of awkward misfits and make a cute family.

Recommending anime to people these days I say is hard than ever, but you can only do your best. No Guns No Life is an easy invest and beyond cool in it’s execution. Second cour is coming this spring and I’m so excited !!

Feel free to check out my last post from this series covering Jubei The Ninja Girl. Hope to cover more old anime with this than new. Though No Guns No Life deserved the credit.