Missed for September but here we are for October Nerdy favourites !! It was busy month nerd wise ooo !!

October everyone goes into spooky mode.

I planned to watch The Promised Neverland and no to disappoint that did not happen. More than watching spooky things, I read spooky manga so it was semi successful on that part. Apart from the spooky, it was a more successful nerdy month for me, watching and reading wise. 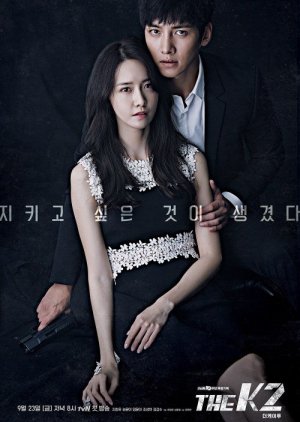 I haven’t mentioned about dramas for a minute because. . . writing about them is kind of stressful to me. Having to copy and paste all the characters names when mentioning, that’s why drama talk has dropped a bit but you might see more in list format. October was getting back on the drama train after a long time, Netflix dropped a long time TBW series The K2 starring Ji Chang Wook whose become a huge actor favourite. I dropped my current drama watch so fast and full on binged this series.

ANYTHING with Ji Chang Wook I’ll watch, The K2 gave me 2015 Healer vibes. This drama filled a long void since watching action thriller healer but was not up there with Healer. Series follows a veteran solider who is framed for his lovers murderer and is on the run, later is hired as a bodyguard to protect a politicians daughter. Plot wise it was enthralling as with action thrillers, a new development at every turn and acting was strong. The letdown for me was the romance, felt forced and hardly any build up for the couple to get to know one another. Also main girl half the time was just running and crying throughout, I felt sorry for the girls position but was just a sad victim in the end. Her role from that perspective was played extremely well.

Ji Chang Wook is what saved this drama, any role this actor is given he makes it his own and just delivers 100%. Despite the romance a let down, this was a great binge. It came at the right time for something to sink my teeth into. If you love Ji Chang Wook then you’ll want to watch this of course like I did but it’s not my favourite series I’ve seen him in.

Did you guys know I’m finally reading proper comics now? Thanks to influential people over on instagram, late to the party but took the leap this year. In keeping with the spooky theme I read my first batgirl comic and it was a fantastic read focusing on how Black Canary, The Huntress and Batgirl come together to solve a mystery relating to Batgirls past. From a kick-as perspective, girls you will love this fem power trio how a woman united front looks. Huntress was the stand out for me, playing off as a lone-wolf but doesn’t take much taming less you try to understand them. The plot was simple to follow which was great for me, other ones I’ve read had busy panels going on everywhere, leaving me a lost sheep at points.

I thank this comic for being easy to follow and the art was beyond vibrant on every page. Art is a huge factor is why people love comics and something I’m coming to appreciate each more with every new read. I have no idea how to review a comic like this properly but I’ll learn soon enough with some research. I’m invested in these girls and the story run, if you love the ‘bat’ in general and like female power check this out! Only spooky watch I completed on a random whim was Riddle Story Of Devil an action, yuri. Couple of friends I know love this series and not watching a yuri for a little bit, we took a gamble. Tokaku an assassin is transferred to “Class Black” to partake in a killing game with assassin girls whose target is a girl Haru. Winner will be granted whatever they desire but Tokaku becomes Haru’s bodyguard unexpectedly. This was a really interesting watch cannot lie, I liked how the series focused each episode on each girl’s reasoning for partaking in this assassin game. End of each episode would be play a different song relating to a different cool which was cool.

It was predictable in how most girls will fail but not without some unexpected turns thrown in there that threw me off. I didn’t get my yuri action from Haru and Tokaku that disappointed me a little, feelings were confessed but that’s all. It was a sweet sentiment but from these two just wanted more. How this series ended completely not what I had predicted, still not sure if I’m satisfied with that. Easily binged this in two days and it was weird, fun ride for a yuri series. Won’t be my favourite yuri watch but honestly. . . Tokaku is one of the best tomboy anime girls I’ve come across in a LONG TIME, love her.

That’s all for my October favourites, I’m still working out a format for this segment. What you see here will be included depending if I’ve watched or read enough but by November turn I’ll have this all figured out, I’d like to include a purchase section.

Any nerdy favs you had during October?