Girl power all the way over here. sorry lads. 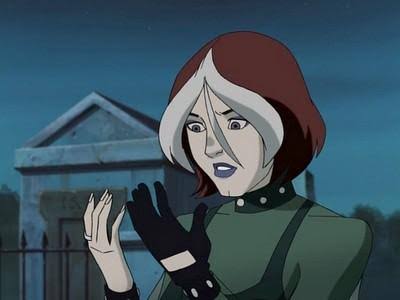 I never grew up with comics, mentioning somewhere on this blog. Actually. . . can’t remember if I did but X-men I’ve always had a soft spot for. Watching the various cartoon series is where it started, X-men Evolution is my favourite and my fascination began with Rogue. This female story is why I love her, a villain in the beginning turning runaway to later join the X-men. Her gift deprives of one our main human senses, touch. By touching anyone she absorbs their memories, their life energy, leaving people unconscious or in a coma, if Rogue absorbs too much – She can kill a person. Along with temporarily gaining any mutants power.

Among X-men, Rogue has always had a soft spot with me, it’s a mentally taxing type of gift to have, having to wear gloves all the time. Feeling stripped, the closet ways to be personal with another person. Rogue was always a fighter and trying to accept the gift she had, always a constant struggle. She never wanted to stop trying to do the right thing, her ability takes great mental strain. Leaving herself more vulnerable to always be won over by others, which has happened many times. Rogue always at war with herself but she still kept at it. That is why I love her so much. 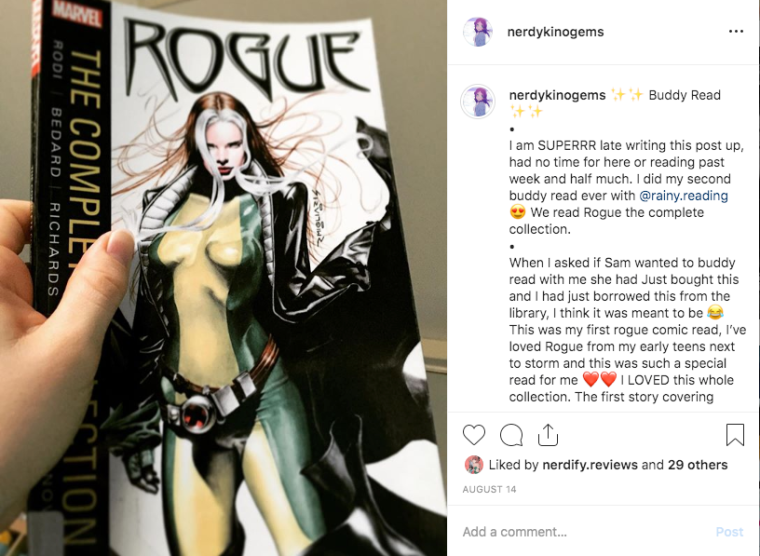 Unlike other heroes, I love she is not all about the ‘goody two shoes’, Rogue has spunk and sass unlike another X-men favourite Storm. I love her story and how strong fighter but never seeing that fact for herself. During this year I’ve gotten into reading actual comics, I read my first Rogue comic in August. Wow it made me realise what I’d been missing. The first story was an interpretation of Rogue’s backstory and got to me big time reflecting the struggle with herself. It was a great read and urged me check out more Rogue comics. Rogue is a hero to me for always hanging in there with herself and doing her best. Many times I’ve felt that about life and strongly connect to her.

Sorry storm you got a mention already, it was my Rogue’s turn. No guy heroes got much of a mention but favourite guy would be Iron Man. I blame the movies for that one, You’re second Thor, kay.

So my hero wasn’t about saving the day but What’s a hero you love for reasons other than saving people?