Meet a character. . . this calls for a party Y’all

What character would you like to meet in real life?

I invite you to the 2019 party of year down in the Lita laboratory, for one night the lab doors will be open to the public. Hosted by yours truly with honoured mixed of guests that is sure to make things entertaining. Will bring down the house, well try not too anyway. Free alcohol and all food is provided because we all want to be well off, let’s not lie on that one. The guest choices are for my indulgence if you don’t like that then the reject party is down the street for you.

Smallville is my favourite Superman, everybody has got there favourite superman Henry Cavill, I LOVE YOU TOO. Sure Tom Welling the actor I’d love to meet but w’ere talking fictional here and this is a Clark Kent I’d want to meet any day. He’s on the guest list purely because of teen me but this clark representation stole my heart right off the part, such a genuine soul that I’d fall weak at the knees for every time. Before coming to the party I’d tell Clark to wear a old T shirt he didn’t care about getting ruined. heh. Sounds suss.

People who know me on here can you see the resemblance between and this loveable girl? How eccentric we are towards the smallest things if you guessed correctly. Starfire is just darling, she will bring such hilarious energy to the party, especially when trying new things. Starfire is MA GIRL, I LOVE her so freaking much above most heroes. I just want to be best friends with her, someone who is so earnest and true.

The only family I’d invite in it’s entirety, definitely feels wrong to only solely invite Shigure or Kyo without not having the rest there. Having the ability to turn into animals could lead to some funny crap but this is one unique bunch of personalities, would feel like an honour to meet. Especially Kyo, I’ll just take him ‘out back’ for one and one. . . my mind is in the gutter now haha. Believe it or not I was never a Vegeta lover in the beginning. My hate dislike for his character was strong during my early anime days. In seasons 3 and onwards I loved seeing a mellowed down Vegeta, one so stubborn to admit the influence earthlings had over him. But growing to love bad apples more his arrogance, pigheadedness and desire to always grow stronger drew me in. I have impure reasons for inviting this one but I’d just love to tease and have a joke with him because most hysterical thing ever.

I feel in love with Korean actor after watching thriller action Healer, which by way highly, STRONGLY recommend you watch. Apart from pretty face, his acting skills is what I love above attractiveness. From playing a illegal courier man to prosecutor in Suspicious Partner it’s magic how he makes each role his own. He can play serious or dumb effortlessly in the roles I’ve watched him in. As for knowing the romance game he has no problem there. He’s main guest that is not allowed to reject my invite. 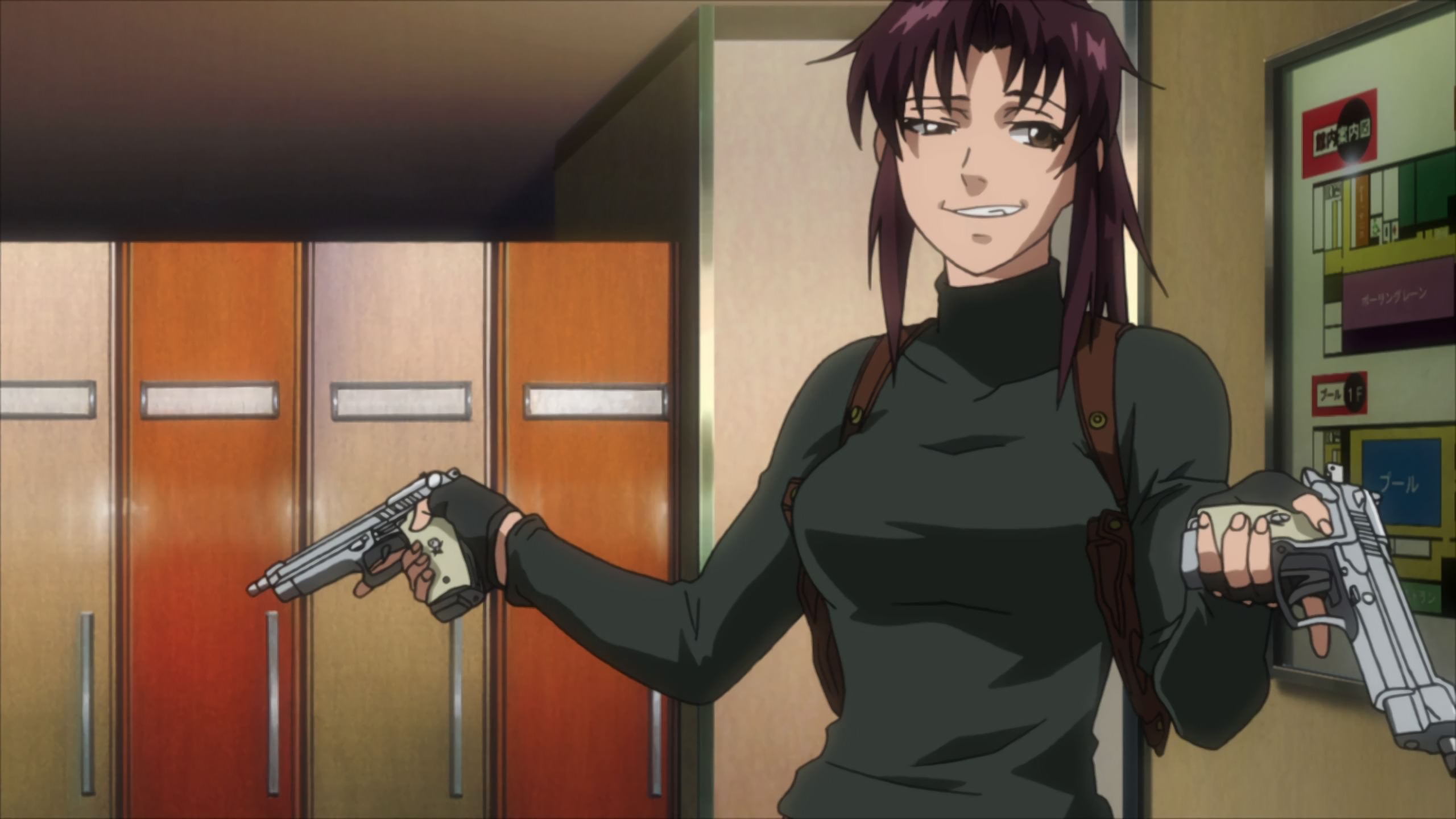 Any list of mine wouldn’t be complete without some crazy, Gun savy Revy. Apart from the fact Revy is a cannon ball if you tick her off right. Revy would be a great drinking buddy and let loose with. This is a woman I hold the highest respect for in just whole presence as a person and in strength. Plus if I get her drunk enough I wouldn’t have to pay for her services if security was needed. . . kidding kidding.

This list was completely off the top of my head so it’s a mish mash. But that’s how we roll over on my blog, about the random and surprises.

So if you’re hosting a party which guests are you going to drag to back room? get drunk with or just want to meet for the love of god?