More favourite questions this is too hard, I have to pick among all the movies I’ve ever watched in my life.

I made it sound like this was going to be hard today’s prompt.

Let’s go back to year 2000 and ten year old me was introduced to one of my favourite movies of all time. One I’ve seen more than 50 times and romantic (almost) cheesy as they come. 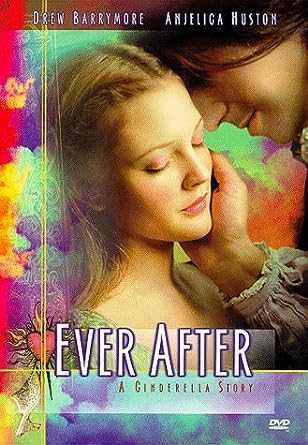 Disney’s cinderella I love much as the next but my favourite retelling EVER is 1998 Ever After A Cinderella Story starring Drew Barrymore as main role Danielle. My first viewing was at a sleepover with my best friend at the time, I completely fell in love and it’s a strong rewatch all these years later. How I view this movie now reiterates a strong feminism theme for this generation, the topic is more vocally advocated more than ever. This was my first introduction to Drew Barrymore at age of 17 doing this film, Barrymore owned the whole movie. Protagonist Danielle she plays is unlike other cinderella’s one with strong passions, convictions – a free spirit. Danielle had a strong presence throughout the whole film and had you in the palm of your hand.

Ten year old me thought she was amazing Danielle, this cinderella was so strong but to me now she is even more amazing. Barrymore set a strong example here for anyone who watches this film now, will appreciate more now than years ago. Terms of the story the ‘known’ traditions exist still, she goes to the ball, meets the prince, glass slipper moments but everything surrounding was even better. The beginning of the film set up is what ultimately has you, giving us a cinderella background, her parents, where she came from. Learning what event in Danielle’s life and people who raised her caused her to become so wild and defiant, backs up her well crafted character to a even more loveable level. 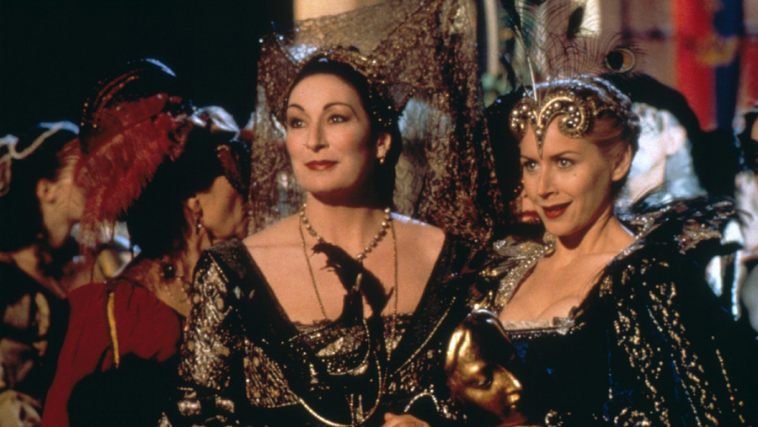 Drew Barrymore steals the show but the entire case of actors and actresses are amazing in their roles. Anjelica Huston playing step mother, the role was made for her. One of those love to hate characters that infuriate you but you love because, the acting is good from the actors to get you feeling that way. Alongside her mother stepsister Marguerite was just as rotten, ah but so good. This duo were ruthless in everything to make Danielle’s existence miserable as possible, this supports the emotional attachment you’ll feel towards Danielle. The prince he is what you expect, dreamy, loves reading but not a complete wash out who can’t think for himself. Henry next to Danielle had strong passions and defiances especially towards his parents, to become the next king. Danielle’s passion transferred over like a fever and made his character more likeable for me, the strong chemistry between the two is indisputable of what they share in common. Last thing I love about this film was how funny particular scenes were, while Danielle is a strong spirit, this cinderella has a sense of humour.

You think in the original Disney’s film you feel sorry for Cinderella, wait till you watch this one if you have not.

Reminds me I really need to buy this on Bluray, I’ve owned DVD for years but time to upgrade. I believe in having multiple copies of something is never a bad thing. Writing this I really want to rewatch it now for the millionth time.

Tell me what is a dear childhood movie that is a favourite for you that you can never stop rewatching? Do you own two copies?