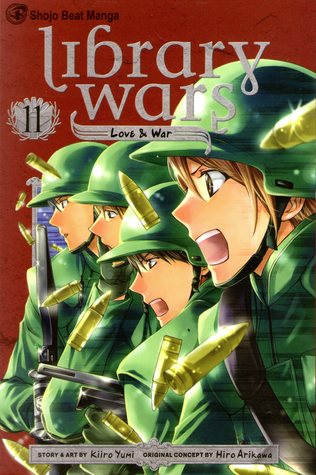 Back in April I participated in a manga challenge out of that completed four series. . . I know LITA completed that unseen amount. It’s a miracle. One of those was about books but taken to a hysterical level that involved the guns coming out to protect our book rights.

Getting back into manga this year has made readers inner soul happy. When you have been out of the loop for a good six years, you’ve missed a mass of stuff. Since reentering into the manga scene I’ve discovered many new titles and rediscovered forgotten old titles from six years ago.Among those I remember picking up volume one then never bothering with again. If I met myself from six years ago she would get a good wake up call to have binged this manga series. Finding it hit home unknowingly and adorable, hysterical concept of books and libraries.

Set in Japan, A bill within the government is passed ‘Media Betterment Act’ allowing the right any potential material containing ‘censorship’ which could impact Japanese society to be removed. Trying to restrict free expression when it comes to libraries and people’s reading rights. Sending out agents on behalf of the act to remove such that is not allowed. Enter Iku Kasahara the newest recruit to the Kanto Library Defensive force, a task force with the sole purpose of opposing the Media Betterment Committee and defending the freedom of libraries. Iku joined after an incident where a book containing censored material was about to confiscated. Iku is saved by one of the leading commanders of the library defensive force Dojo. This act inspired Iku to pursue joining the library defensive force. Iku constantly get’s herself in trouble and Dojo always coming to save her but growing feelings for one another come into the mix slowly.

For The Love Of Books

Library Wars took me back to the time migrating to Australia first few weeks me and my family we’re here. Half of our stuff was still on the ship carrier and took forever to arrive, having no computer for weeks, was going to be a problem with setting up the essentials. During those first few weeks we visited the library regularly to use their computers, my first time going was surreal for me. Coming from a small village, you only had one of everything, one fish and chip shop, one pub and one small library. Transitioning to a upscale library blew my mind, to see a section dedicated to anime and manga. It was astounding to me.

Library visits became a constant thing during high school and even until now, it feel such a bless to walk through every time, looking at all the books for the borrowing. I wanted to say ‘taking’ but had to switch around, you guys get it. It’s crazy what titles my library caters to it’s users especially manga we’re talking here, seeing boys love Ten Count on the shelf some time ago. There is no way you would have seen that few years ago, the catalogue has grown at a incredible rate and just. . . . unreal what titles my library has.

Library Wars advocates the freedom libraries give us but in such a hysterical setting with a military concept. Throughout was such a enjoyable, hilarious read for the exaggerated  nature we get out guns in the protection of rights and censorship. The unrealistic situations the library defensive force deals with are impractical but beyond funny, what is effective more – the extensive explanations given during the teams missions. It was  interesting to learn what strategies or plan the team use to tackle the given situation.

Iku as the series protagonist grew on me quickly. Her passionate love of books and freedom for people to read what they wish, is something fellow readers will relate to easily. Iku rushes into situations without thinking, making her look like a fool and her passion seen as a weakness. Iku’s passion is her stronger attribute, brushing off on her fellow colleagues and touching them. Iku’s will to always want to do the right thing for others benefits was most touching thing about her character, even when sitting on the floor like a cry baby. She always has a earnest heart no matter how tougher the situation and stole my heart entirely.

At first glance you’d think Iku was a dude, easily could get away with being a dude or girl. As the only woman soldier on the task force team, Iku proves time and time again her deserved place within the task force. If you think Iku doesn’t show plenty of her femininity because of soldier role, that is a wrong assumption to make. Iku eventually falls for her first commander Dojo, bringing out her adoring feminine side. Exposing the gorgeous gem that she is m, Iku is your little pocket rocket. 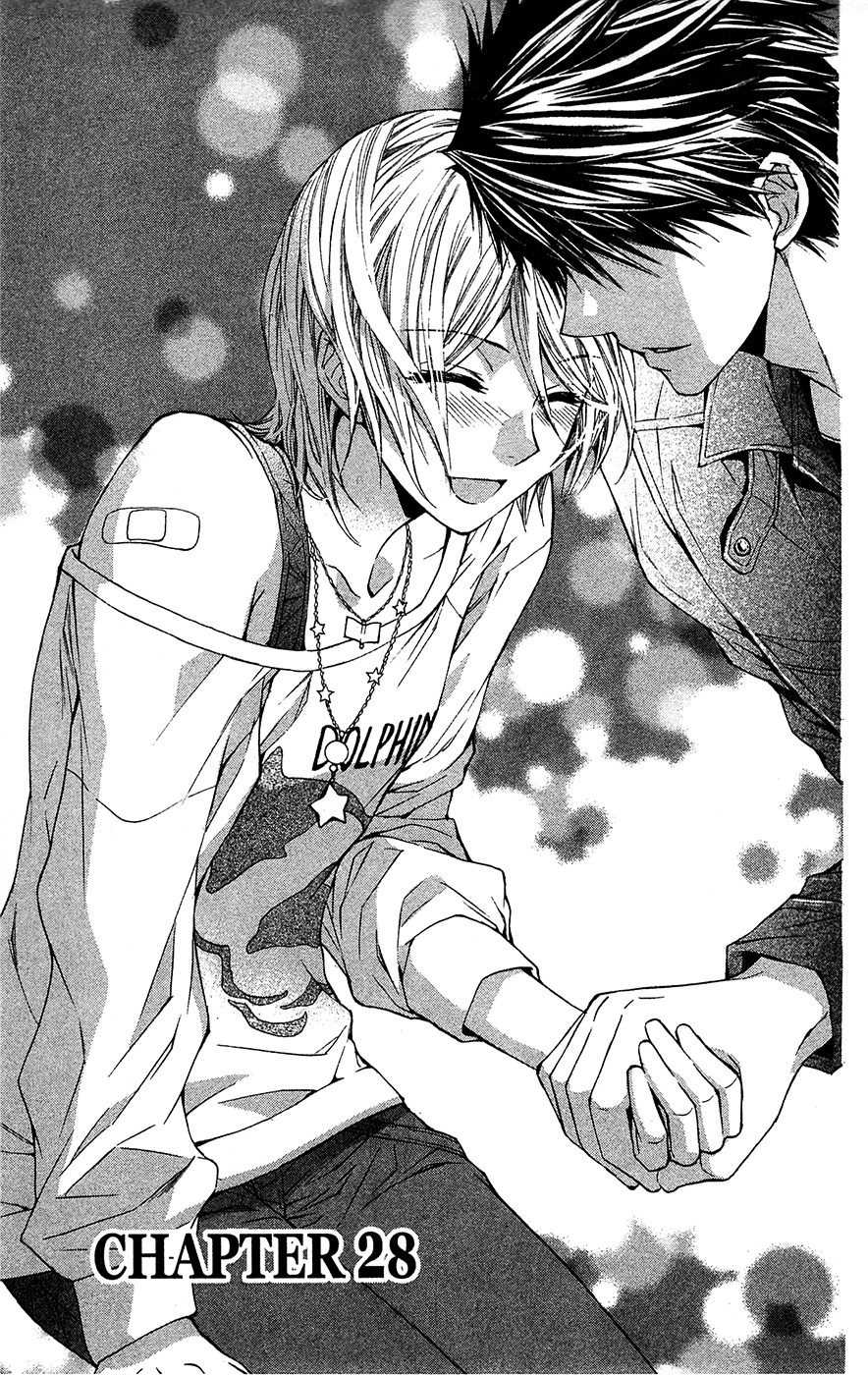 As the saying goes, all is fair in love and war. Among the guns blazing in defence for our books, the series surprised me with it’s strong romance element. Dojo and Iku blooming love over 15 volumes, it was all the cute factor. Steadiness in any growing relationship within a story, is something I appreciate a lot. Pacing of Dojo and Iku bond is slow but steady, leading to a conclusive build up, romance fans will be surely satisfied with. Both are a romantically awkward pair, biggest lure into following their romance. Balancing out the divide between Dojo as Iku’s commander and his feelings for her was handled well. Dojo might come off as harsh at points when Iku has gotten herself in strife but only because his strong affection for Iku – determination to always protect her.

One of my favourite scenes during my read was Dojo and Iku hilarious arguments. Both are one in the same, little things get to them easily in turn leads to amusing moments between them – had me laughing throughout. Dynamically a adoring pair that were perfect for the series.

Thinking there was only main pair to focus on, the series surprised me focusing on two other minor couples, both from the library task force. Out of the two Hikaru and Asako I would have love to seen explored more. Where things were leading too, loved every second. Hikaru is someone who remain reserved and wont open up easily, Asako is definitely not her type at the start. It was surprising half way through, this spark begins between the two and from there I was sold on this pairing, I feel teased over the whole thing.

Library Wars evokes strongly such a passion for books and indispensable resource that is the library, taken in such a hilarious concept. This series is going to speak to any reader, taking me back to my first time walking into a REAL library. It was a added bonus this series came with a strong romance element that worked well. This is a title I’ll definitely come back too and good thing to know this series has a anime you can watch on Crunchyroll and live action. I haven’t seen both yet, but I’m confident the same is still going to apply the passionate message of books and libraries.

Hope you enjoyed this manga post on Libray Wars, I had no idea what the layout intention was of this but I liked how this turned out. I like in my blogging to have a fair balance of free form and structure and in my last few posts, feel I have found that.

Check down below if you have watched or read Library Wars. Do you feel it evokes a passion about books and libraries. ?