All the convenient time to be writing this as a week ago I finished reading the Fruits Basket Manga all in preparation for the new anime reboot that landed just this week. I wanted give you a scope into for those that are new to this classic anime from 2000’s.

Now, tell me in the comments first if you have all watched the first episode for the new Fruits Basket? This is most important before we get to the nitty gritty of this post. I am absolutely psyched to hear people’s thoughts who have never read the manga or seen the original 2001 adaptation of this glorious series. Tell me below pronto!

Now that is out of my system.

During the entire month of March was dedicated to completing the Fruits Basket manga before the new series aired. What do you know by 31st, completion was a success, so I’m proud of this accomplishment. This reading experience for me was truly special as it was my first time reading the manga after all these years. Watching the original 2001 adaptation by Studio Deen, left me with all these burning questions that could only be answered by reading the manga. In another post I’ve given reasons to not skip this adaptation despite it not following the manga and leaving out massive plot gaps. It’s always going to be special for me and lots of people.

Being able to afford the Yen Press omnibus versions – is around $26 a pop here in the aussie land. People you must be grateful for your libraries, somehow managed to borrow the entire series all at once, the manga gods were smiling upon me. Faster readers might be able to get through this series a lot faster than I, but let me advice against this. Reaching past the point of where the anime ended, it was unknown territory, exciting and had my tissues handy next to me. This series knows how to draw out the full potential of avalanche tears and in no way was I prepared.

It’s Another Clannad Maybe Even Worse 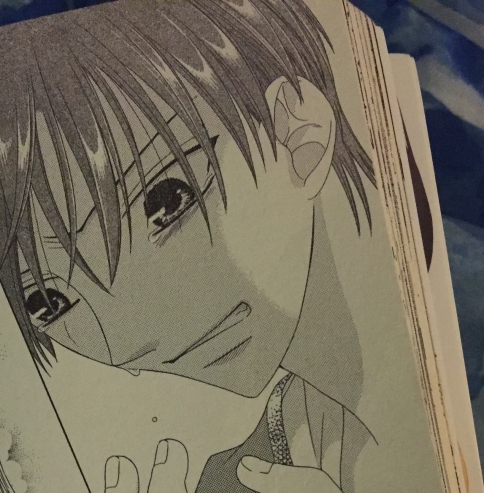 Fruits Basket is one of most beautifully crafted stories I’ve ever read knowing how to tear your heart out and then put it back again. The cycle is continuous. Closing that final volume 12, the longing unfilled void of satisfaction all these years has finally been filled for me. My fingers were itching to at once to write this post but my brain wasn’t quite ready to process the raw hidden depth of the story, that first timers like me wouldn’t see coming. There is nothing that can prepare you for what entails within.

The premise is a complete facade. As our story follows Tohru Honda who looses her mother in a car accident and prior her father dying of a illness while Tohru was very young. Tohru is taken in by her grandfather but due to house renovations to make room for additional family. Tohru does not want to be a burden on anyone. Decides to live on her own in a tent within a forest, telling not even her friends. One day Tohru comes across a house and adorable 12 Chinese zodiac figurines, where she encounters the Sohma Shigure and prince of her school, Yuki. They both discover Tohru living on Sohma land, with nowhere to go. The Sohmas offer for Tohru to stay with them until her grandfathers renovations are done. But Tohru discovers the Sohma’s darkest secret of particular members of this family turn into the twelve animas of the Chinese zodiac. Due to either stress, temperature changes or being hugged by member of the opposite sex.

Only in the beginning your going to have so many questions. Why do only particular members of the Sohma change into the twelve animals? What’s the true extent behind this secret?. These questions so many more were slowly answered making my way through this intense and phenomenal read. Passing the point of the original anime, my mind was blown, emotions run off the scale within Fruits Basket. Every character within this series, not one is left uncovered, giving you no reason to forget them. It’s honestly impossible, IMPOSSIBLE. Each individual mental struggles are hard-hitting at every turn, mental health is a central focus to this series. Particularly surrounding on the Sohma’s, nothing prepared me for the exisiting complexity surrounding the Sohma’s curse.

Sheer mental torture this zodiac curse plays on the Sohma’s it’s gut-wrenching. The residing anxiety, social exclusion reflecting the dealings of mental health today. To add more emotional strain upon by this point your barely beating heart. The introduction of angelic Tohru, her optimistic nature, smile that heals the soul. Her enlightening aura that transforms the Sohma family is transcending, I’m laying down on the table here. Though Tohru is not exempt from you learning her own internal struggles, it’s that smile of hers that hides all. No characters inner battles are hidden put sprawled out in all it’s raw factor.

But, while things run down into a black pit at points, Fruits Basket light comedy, beams through the heavy and makes for all the joyous laughs. The characters are the soul of this series, each personality adds it’s own humorous dynamic, the stupid shenanigans. You’ll never not be smiling nor laughing. Your going to be thankful for the comedy factor, because at points during my read, I needed a breather. It’s okay to take breathers with this tense, emotional ride. As a avid book lover it takes a lot to make me cry from reading words, Fruits Basket story-telling, characters torturing facial expressions, had me sobbing like a kid’s ballon that just burst. It’s hard to put into how much, ugh just intense.

Lastly to highlight as this is a shoujo. Romance factor was every bit, if not more satisfying as everything else. There are a few romance paths to follow among the dark turmoil, that are given every vivid attention and every bit as sweet. It took me until now to put my words together of my reading experience, still this is not even covering everything. But no way I’ll spoil anything for new fans. 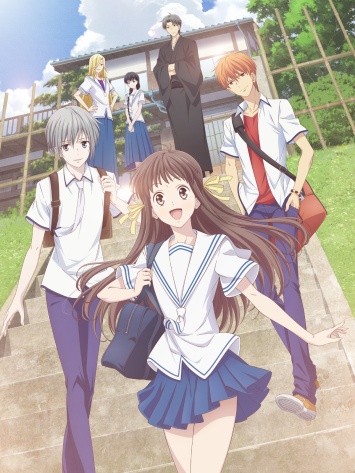 Fruits Basket is a phenomenal series. Intricate, complexity, consisting within it’s characters and zodiac curse is just mind-blowing. I extremely enjoyed every single second of the manga read, my heart is full of happiness to know the entirety of this series. Truly, beautiful in every sense. Such a blessing for old and new fans to relive or be introduced to the this series once more. Thanks to the new anime reboot which aired this week for spring anime 2019. There couldn’t have been a better time to launch this, keeping within the modern day anime of today and letting new fans explore the demographic of shoujo in a fresh light.

Regarding my thoughts for the newly released first episode. . . perfect. Fruits Basket got the facelift it deserved from the amazing TMS Entertainment. Everything looks clean, crisp and gorgeous. The first episode possessed the same fun-loving humour I remember and love. I’ve chosen to watch the dub version as home is where the heart is. Bringing back main original dub cast was something never dreamed would happen. Laura Bailey, Eric Vale, Jerry Jewell to name a few, our main cast. Their voices sounded like they hadn’t aged one bit accept Kyo sounded more mature, for the better. Dub was as solid incorporating newer voices Elizabeth Maxwell (Arisa) Jad Saxton (Saki), both performed Tohru’s besties splendidly. I am excited to hear the other new cast members performances throughout the series. I’m one happy fangirl and from the response so far, as are many others.

I would have loved to go into detail over Fruits Basket more but maybe in another posts going over shock after shock. This blasted series throws at you. I’m so excited to see others reactions to Fruits Basket as we make our way through, it’s already a grand year 2019.

Year of the BASKET!

Are you going to read the manga now or wait for the anime? I would personally just watch the anime and wait to be surprised people !!!

7 thoughts on “Watch Out. . . It’s Another Clannad Actually Might Be Worse – Fruits Basket Manga”