But they cannot show what their made of without the superior skills of a pilots. It’s time to see who are my favourite mecha pilots that aren’t gundam ones, haha.

Ah, Scott over at Mechanical Anime Reviews is doing a hell lot better than me with Mecha March. Just wanted to point out this obvious fact, good on him for being prepared unlike me ahaha.

When I’m watching a mech fight scene, it always looks like the mecha are dancing. There will always be this fascination in watching mecha battles always excites me. Some pilots have a grace about them and others are just brut force. Every mech will have latest, newest specs and equipment but it means nothing without the skills of it’s pilots.

So time to ask the question Who Are My Top 5 Favourite Mecha Pilots?

Did you not expect to see this crazy on here? Guess again, my favourite Military Maniac maybe a novice when integrating into normal society. But on the battlefield, he’s a professional, apart of Anti terrorist group Mithril and AS pilot. Unlike other pilots in this list, Military has become secondhand nature for Sousuke. Found as an orphan living in one of the harshest places on earth desert, already at the age of 12 experienced in using guns. The path was already carved for Sousuke to live and breathe the Military. Throughout the Full Metal Panic franchise, Sousuke has demonstrated why he is a pro among pro’s.

Any arm slave robot Sousuke can pilot with no problems, the man is a fascinating  strategists to watch work on the battle field. When Sousuke in season one is given a new prototype (which eventually becomes his) Arbalest, it’s always a kick-ass time. Arbalest or known as Al has it’s own computerised personality and watching Sousuke banter with his own machine is always interesting and hilarious. Sousuke is the way he is but will always be loyal and come to the aid of his comrades, underneath he has a big heart. I’d trust Sousuke with my life, Kaname is so lucky to have such a methodical man at her side.

Star Driver is a divine piece of work I have yet to discuss, done by Studio Bones. Them guys know how to do a good mecha. This series is quite the whacky ride but there is so much to admire. One of the things I most admire about this series is intricate mecha designs and sassy, over-the-top flare element in the mech battles.Watching main protagonist Takuto Tsunashi fight captured all of this for me. He’s the one out of this list with the grace factor in his fighting style. Takuto has such a finesse every time he fights, from the moment transforming into Super Galactic Boy, the guy puts on quite the show.

Takuto will remind you of a Musketeer in a way, his cybody mecha design represents this. The series mecha fights are full of such viger flashes and colour – that just scream out to you. Everything is dazzling in endless colours. Takuto fights with such honour and grace, which embodies his caring personality, Takuto never lets much phase him during a fight. This calm aura he emanates when he fights is just entrancing on top of everything else going on around him. Takuto is a good soul and this reflects through his fighting full of honour and justice. 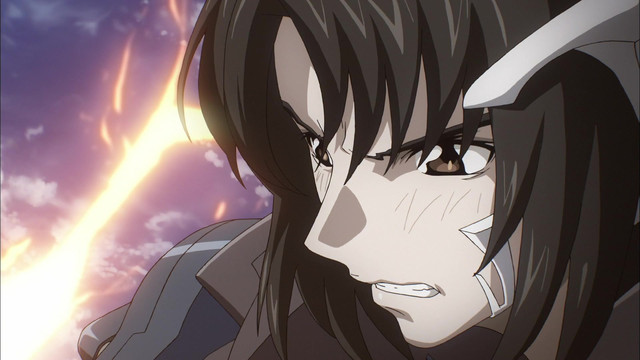 Fafner desperately I need to revisit sometime this year or even next week. It’s a underlying series that flies under people’s radar. This is one mech series that is hard to wrap your brain around with it’s story, even now there is still lingering confusion for me after all these years. Even so Fafner has been a series I cannot seem to forget, the story maybe complex, it’s was captivating of focusing on this particular group’s survival. It’s sad and tragic story, one you need to be prepared for and a character that took all that had befallen was Kazuki.

Kazuki by personality is kind natured and genuine guy but out in the battlefield against the alien enemy festum. This guy comes alive and I found amazing to watch in all the aerial fight scenes in the fafner mecha. Now it’s been a long time since seeing Fafner but Kazuki always stuck out to me. Through the course of the series Kazuki forms into a cookie cutter hero, who finally decides what’s right for him to believe – as how it goes. It’s this development I began to take a liking to Kazuki, realising on how many depended on him to defend their home. Only children can pilot the fafner mechs, there path is already chosen for them, with such a small number of pilots to defend one small island.

Kazuki had the extra pressure to be constantly on the front lines, Kazuki stumbles a lot in his beliefs. But Kazuki always remained vigilant even when things hit rock bottom on the battlefield. A new fire began to resonate within himself and diving into the prequel Heaven And Earth then second season Exdous, he became stealthy and strong-willed – compared to the first season. Kazuki is a bad-ass on fire in battle. 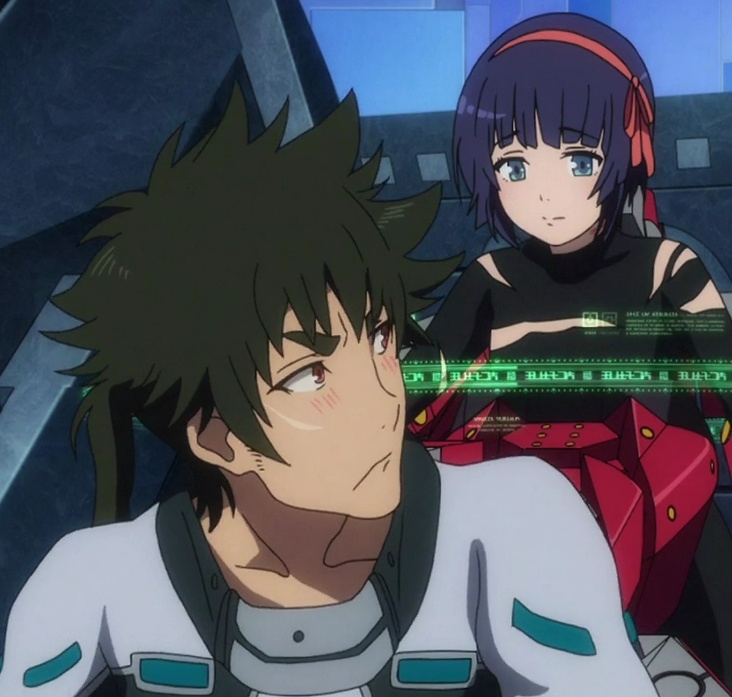 Kuromukuro I’ve talked about before unexpected series I ended up enjoying more than initially thought. Done by the fabulous P.A Works attempting a genre they have never which I think paid off well. Kennosuke out of this list definitely is the odd ball amongst the rest, with the edge of being a Samurai. Waking up from many years long sleep to find himself within 21st century is the funniest thing to see and slowly watch him adjust to. Kennosuke is all about honest and loyalty, the way and law fo the Samurai life. Similar to Takuto character you couldn’t pick who was greater in this sense. Both are equal.

Kennosuke has the most memorising fighting style and mecha out of this list. Having the edge of the samurai makes for some entertaining fight scenes. When Kennosuke applies his Samurai swords skills to his mecha Kuromukuro. But not just this reason he’s on the list, also for his growth throughout the series like Kazuki. The effect of the people around him have had on him shows through his fighting style and only giving him more new-found confidence. Kennosuke would be a unique asset to any mecha time out there. 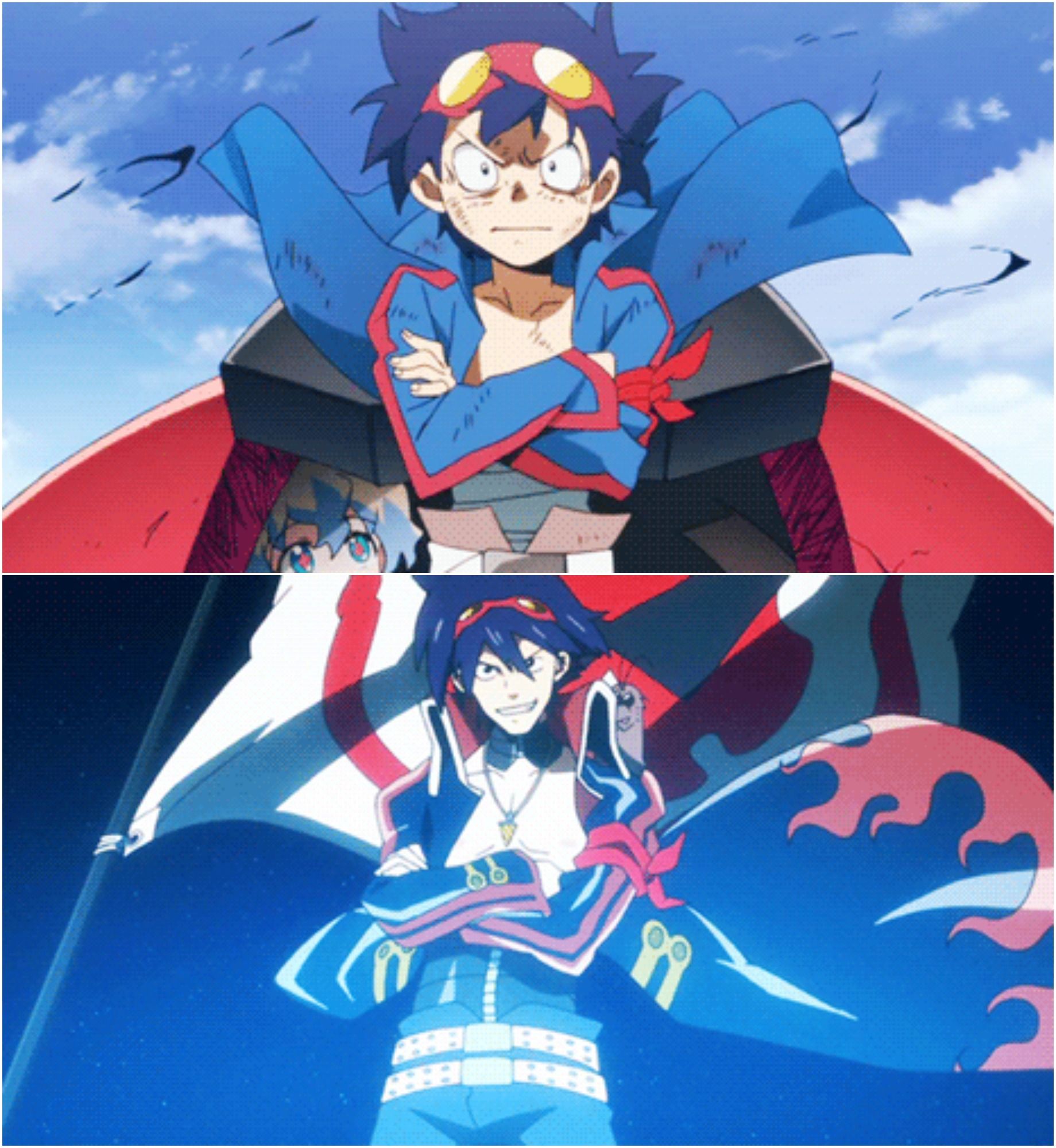 Simon is our zero to hero, pilot with no experience, complete novice. Gurren Lagann is one of the most enjoyable mecha series non – mecha fans will love. This series is not about serious but fun, crazy and over-the-top, what the series has built itself to be known for. Simon goes from a digger to a beaming, confident leader which is beyond a joy to watch about his character. Everyone he came to know particularly Kamina most massive influence over him, just shaped Simon into a fiery force with such passion to spout.

The fights in Gurren Lagann are like Stardriver, over-the-top, crazy but one factor that is poured out endlessly. Fountain of emotion is to be seen in every fight, and Simon is full of it. He pours every once of his emotions and heart into every attack because he’s no ace pilot, but just someone who will not give up and carve his own path with his drill – up to the heavens. Simon just touched my little heart through his growth from how he started at the beginning and transforming into a trooper. It’s an understatement to call impactful the experience of Gurren Lagann,  it’s transcending.

You may have noticed something, there are no Gundam pilots?
That is because I deliberately left them out as that is for another list. I couldn’t choose a single favourite for this list, haha, can you blame me. But there you have it my top 5 favourite mecha pilots which aren’t gundam ones. I extremely writing this as it had been long time coming finally.

Can you pick any favourite pilots that aren’t gundam ones? Dare you to try haha. Hope you enjoyed the read guys.