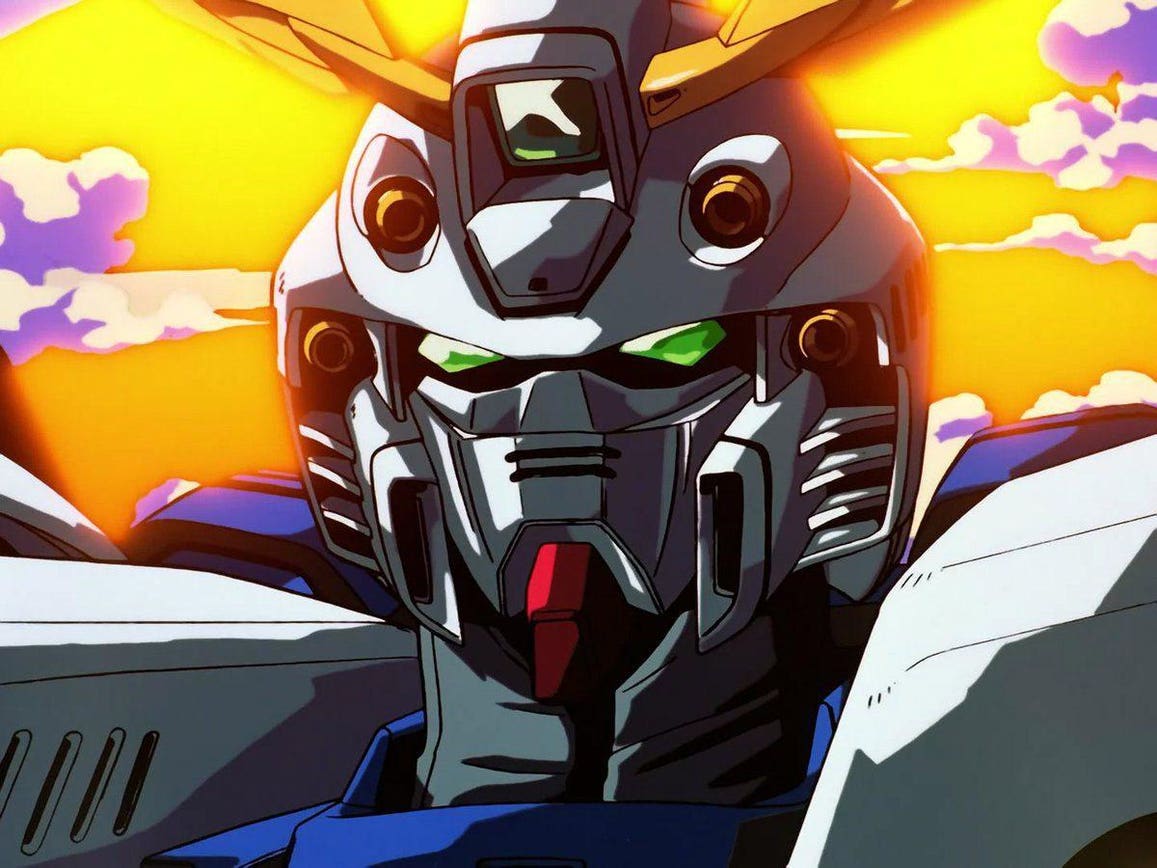 Earlier this week I was asked a question regarding why do people like Gundam so much? As a fan of all things mecha, thought be interesting to give my two cents on the topic.

From a conversation with fellow blogger YumDeku, asking what anime I was currently watching. Which was Gundam, they asked the question “Why Do People Like Gundam So Much”? as themselves are not an avid fan of the mecha genre. This is not a genre for everyone and understandably why. Previous discussions with non-mecha fans I’ve had passed around dislikes such as “robots fighting is boring to watch”,”no solid plot or are complicated”. Gundam among in the mecha sphere is known for it’s politically, complex plots that can send your head in a spin. I cannot disagree ones I’ve seen are hard to wrap your brain around. But there is more to this franchise than political affairs, Here’s hoping from my perspective as a mecha fan I enlighten you on why I am personally obsessed.

Feel free to check out a collaboration I did last year’s Mecha March covering the female appeal of Gundam, describing in a feminine perspective more. and post I did covering on Genetic Hate in Gundam Seed.

Gundam Wing can shoulder all the blame on this one. Still been over a decade seeing this series and need to give it a rewatch this year. Actually can never forget the first moment seeing this series for the first time, have to imagine a 11 or 12 year old me it’s late at night, have the lounge room to myself in the corner of the house. First moments were of seeing young Hiro blasting away against the enemy and my face was filled with the most excitement. From that point I tried to catch any episode whenever I could. The first thing that entranced me was people piloting robots, to me that was the coolest thing.

With anything it was something so different to what was on regular TV.  It was exciting, but little did I know decade later watching Gundam Seed Destiny opened my eyes, beyond the fighting were other compelling elements to the Gundam franchise. Discovering this had me entranced here on out, grown more into a obsession now. Saying the word “Gundam” sends me in a excited frenzy where I won’t stop talking about it. 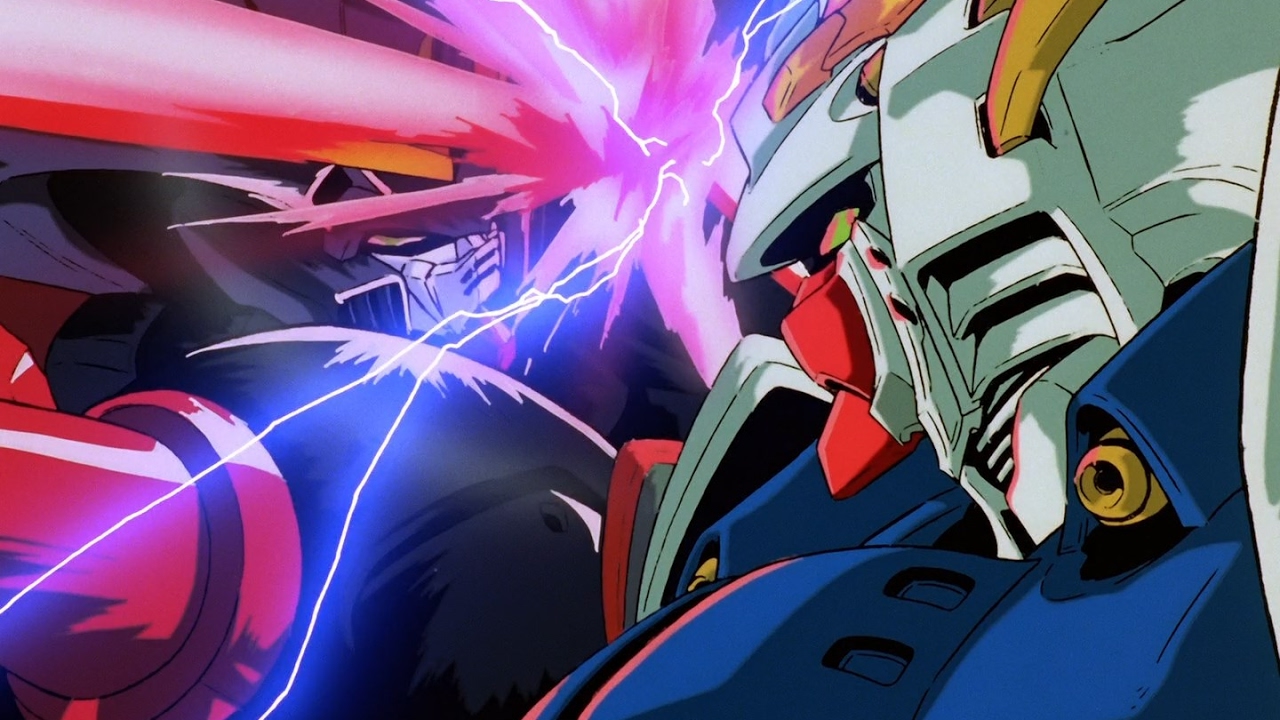 We’re getting an obvious fact out of the way here, the fights. This is one of the biggest appeals of Gundam itself. Who doesn’t enjoy a good fight?. Back seeing Wing for the first time had no clue what was going, why these robots were fighting one another. Diving into Destiny a decade later not knowing then, was suppose to watch Seed first. Only after watching Destiny a few times did I get my head around the series plot, the characters. During this time the appeal of Gundam fights became something I look forward to each time diving into a new series, it’s quite the enthralling feeling.

After Destiny expanding my watches to Iron Blooded Orphans, Seed, the strategic part of the fights I became appreciative and find equally fascinating. One thing I learned during any Gundam fights there is plenty of suspenseful moments, that give you the thrill factor, never knowing how a situation will turn out. There are so many scenes I can recollect that had me at the edge of my seat for what would transpire and the atmosphere is always tense and engaging. It’s never a dull moment among the on-going chaos.

The comment “robot fights are boring” I disagree with strongly. Watching either opposing forces at work, planning their strategy’s to survive, weed out of said near death situations. Gundam knows how to bring the thrill factor and keep you interested. But ultimately what is the best thing to me about the fights, is the pilots piloting these machines. Gundam Seed is the series that made me realise this fact, following pilot Kira’s conflicting journey, of what is the right path to take for himself. Learning the characters reasoning for participating in said wars and what drives them, their struggles are shown through each fight encounter. Some let the power go to their head, others have sense to wisely use the power of a Gundam. Watching these weapons of mass destruction at work is something memorising to watch, each mecha design is individual in different Gundam series. Each build has their own unique specs that are put on show during the fights which are fascinating to learn about.

Gundam fights are the most exciting kind next to Samurai fights to watch in anime but not just about what these weapons can do. But really about the pilots during the fights, watching their internal struggles unfold, pent up emotions of pain or anger burst out in a frenzy. It’s emotionally engaging experience for any viewer. 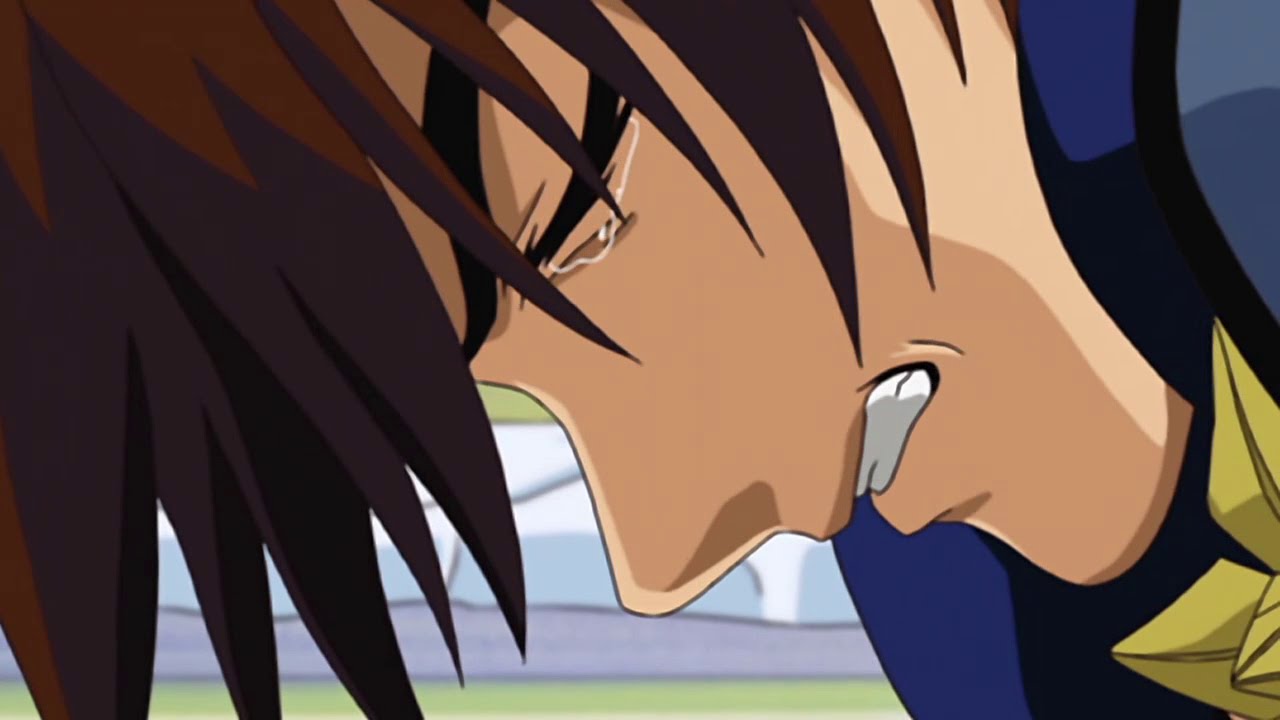 An aspect the Gundam Franchise embodies heartily and respects within it’s plots, humanity.  I’ve watched countless series involving a war element but none do it grippingly as Gundam plots. The theme of humanity is explored vividly raw, the greedy goals we can be driven by and malicious within us all. How determined, defiant beings we are when were backed into a corner. Iron-blooded Orphans and Gundam Seed so far has represented this theme the strongest. Neither are easy watches at times, exploiting the beautiful and ugly sides of humanity. Seed’s focus on racial divide between coordinators (altered experimented humans) and neutrals (humans), reflects well on the prejudgement from others regarding racism in our world of today. Iron-Blooded Orphans focus on survival using children as the main protagonists is a clever lure but shows off the power of sheer will and determination.

Gundam exposes the good and bad of humanity using war as just the side anchor. Emotions always running high in Gundam, tidal wave of riveting truths and revelations upon it’s plot and characters. Gundam holds nothing back within their plots, in every one I’ve seen, there’s been an emotional attachment every time. That attachment has always been; what makes us humans. Hard to describe in words just how seriously Gundam takes this theme and manifesting into something powerful. This is the heart of why I love Gundam so much, not afraid to expose whats real and true about the specie of humans.

This coming from a female perspective here anyone that has told me a Gundam, contains a romance element no matter small or big – I’m there. I would love to sell to you all that romance, Gundam does well but the honest truth it’s a hit or miss. But for me that doesn’t mean to say the melodrama, lovers on opposite forces traits don’t not make me happy. Gundam Seed and Destiny fill me nothing but anguish with it’s failure and success in it’s characters relationships – one I’m happy to experience again and again. Not to say it isn’t frustrating because it still is haha. There are still many Gundams for me to see that hearing contain a good romance element but doesn’t mean I’ll reject other Gundam series with no romance.

Two people who meet in the midst of war, whether on opposite sides or on the same. Their driven by their own conflicting beliefs in whatever war is transpiring in the plot. This troupe for me doesn’t get old, it’s a lure every time. There’s something about in Gundam seeing where a potential love goes either it’s blossoms or ends in tragedy. As a romance lover we would prefer it ended all happily but Gundam’s powerful, gripping plots. Are the exception of accepting if a love goes south. It seems like a strange reason to put down as part of my obsession but there you have it, haha.

Gundam has a lot to offer beyond the scope of complex plots, and mecha fights. Yes, the political side of Gundam plots are a put off for people because the series delves deep in this aspect. But I think it’s fascinating learning the surroundings of what each war is revolved around and the people’s ideals and ambitions – what drives them. In addition to this Gundam knows how to world build, which are heavily influenced from our own era. Taking that and creating something atmospherically fascinating. Best example of this is Gundam 00 each space provenance reflects countries as we know Asia, America. Also taking a relatable issue currently, climate change that is affecting us now and placing as central plot point, the low supply in fossil fuels. Gundam 00 is such a relatable scope into the current situation of today, more people will need to rely on solar and wind power in the near future.

Going back to the complexity of Gundam plots I discovered only recently this was not the case entirely. 1994 Mobile Fighter G Gundam offers a total different dynamic to the franchise as focusing on along the lines of a “Gundam Street Fight”. Where from each country, a representative gundam fighter fights in a tournament, last one standing will rule the universe for 4 years, then cycle continues. G Gundam surprised me bringing a simpler definition to the side Gundam but same time contains a twisting, engaging scheme emerges through the tournament. G Gundam brought out the fun and silliness potential I knew there was yet for me to see from the franchise and blew me away to be honest.

To end on a concluding note, with anything you like what you like is the moral of this post. Immerse yourself all you want in your anime favourites and one of those is Gundam for me. Gundam brings all the excitement even now, from the first moment seeing Gundam Wing. Fascinating world building, exploration on humanity intertwining characters with compelling backgrounds. Memorising, strategic fights that keep the suspense factor high. These are only a fraction of why Gundam is special to me within the mecha genre, trust me this post could have turned out longer, I’m sure. War, mecha battles, drama, strong characters Gundam gives me it all I look for in a mecha plot and more. Yet there is still more for me to discover with this over a decade franchise, and strong running momentum.

Yum Deku thankyou for the giving me the inspiration and nudge to finally write this piece. That’s been in my head for a long time now and hope my post enlightened you on the question.

Now I think it’s time to ask those Why do like Gundam so much? If your a mecha fan. Also for those that are not fans of Gundam or mecha what is it that deters you from checking out mecha or Gundam series? I am planning to do an upcoming post answering people’s comments on the topic. Please comment below if you would like to be apart of that.

Gundam makes me proud to be a mecha fangirl indeed.

Hope you guys enjoyed this insight of all things Gundam. I’ll see you all in the next post!!