Spooky month is here, but my content has lacked on what I had originally planned. Though, this October for OWLS blog tour were looking at the gory and gritty, from finishing a recent series. The timing couldn’t have been more perfect.

We’re at the end of OWLS blog tour already by next week. November is creeping up on us so fast, crazy how fast this year has gone. If you have never heard of OWLS, This group consists of blogger and youtubers, where each month participate in a blog tour. Having a set topic using pop culture to talk about said topic. Were a group about acceptance promoting about worldly topics equality, race, disability etc.

In honour of Halloween, we will explore what we find vile and ugly in pop culture.  For this month’s topic, OWLS bloggers will be exploring characters or aspects of the grotesque in a piece of media and how it is a metaphor or allegory for society, human nature, or some other philosophical or humane idea.

October is the month of spooky were looking on the theme “Grotesque”. You may have wondered over here from Flow (one of our new members) and his post on the visual novel Wonderful Everyday ~Diskontinuierliches Dasein. Which Flow describes as for the not the faint hearted, if you haven’t checked it out then you should. For my choosing of discussion for this month, the timing couldn’t have been more perfect. From finishing a thrilling series which explores in the saying “Survival Of The Fittest” and their is no wrong in decisions you make when your backed into a corner.

In anime the kind of series that can give you the best thrill is physiological death games. Future Diary and Deadman Wonderland are favourites of mine, this coming from someone who cannot watch normal horror. Discussing in a recent post anime is my compromise when it comes to the gory and horror, an anime I had delayed watching for many years. Finally this month got around to diving into and became addicted to, bingeing within a day.

If you have been craving for a heart-stopping watch then Btooom is your next addiction. Next to series like Deadman Wonderland and Yona Of The Dawn, fall into the sad bracket of needing a second season. It’s needs that continuation, DAMN IT, because how the series ended, perfectly. To move on to the next stage but alas no, after seeing Btooom finally understood, the pleading from others of a second season. I would almost would like you to tell you not to bother diving into this series. Then becoming addicting as me for a second season but Btooom! is SERIOUSLY UNDER-LOOKED.

Weak Decisions Get You Nowhere

Whoever’s idea it was to create a bomb death game is a bloody genius. Btooom focuses on main character Ryouta Sakamoto an unemployed bum who plays the video game ‘Btooom’ 24/7 ranked a top world player. Caring less about the world around him. One day Ryouta wakes up on a tropical island in the middle ocean, with no recollection how he got there. Next thing he is attacked by someone with bombs, discovering someone decided to make Btooom a real thing. Having no choice but to play the game he meets other players Himiko and Taira forming an alliance, in the hope to leave this hell game.

The thing that made me addicted to this bombastic series was a plot point. Where all the players on the island weren’t chosen randomly. People they knew, close ones in their lives put there names in the hat of chosen – hoping these players would ‘disappear’. How more calicos can anyone be for putting your name down for a bomb death game. Btooom delves into the backstory of the characters, why they were chosen. Your immersed immediately, how quick Btooom had me in only a span of twelve episodes – that deserves some credit.

I won’t be spoiling in this post, the reasons why the characters wound up on the island, it would spoil the fun for those who have not seen it. It was a striking blow when Himiko, Taira and Ryota find out the fact, people they know put them on this island. Truly at this point, it begins to sink in there is no choice but to play the game. Weak, passive individuals like Taira, who is your innocent choosing to not participate in the game. Influencing Ryota and Himiko to do the same, having this mentality is the worst possible thing. Not until something drastic happens to Taira, Himiko and Ryota individually, the others begin to wake up.

Weak thinking your as good as dead.

Btooom can be pretty grim for the entirety due to the heavy focus on the players. Their transitions from passive to aggressive individuals who’ll do anything to to survive, this is what makes you immersed in all the characters. The biggest two that go through this transition of awakening is Taira and Ryota, similar in humble personalities. Massive trust issues arise among the two including Himiko but it all starts with Taira, at points Taira becomes nothing but a hindrance. Taira is the most effected out of anyone, trying to remain sane in the game. It was fascinating seeing into the mindsets of the players.

For the players, regardless of the reasons they ended up on the island, good or bad. Survival instincts take over, heightening everything strategical and methodically. Btooom really highlights the meaning in the word survival, through the players transitions, trying to remain sane or they don’t. It’s a bleak picture painted in Btooom, shallow decisions and gory act committed, but theres a bigger picture here than this.

When push to comes to shove as humans, we’re a selfish and giving bunch all at the same time. If your backed into a corner, parts of yourself will take over in the preservation of protection. Your going to make some selfish, or bad decisions in your life  depending on the situation and it’s a ‘human’ thing to do. In the saying “Survival of the fittest” originated from Charles Darwin a evolutionary scientist whom during his life dedicated to the evolution of life and meaning of natural selection. The misconception taken these days as about the healthiest and fittest will always survive, Darwin original quote saids a lot. 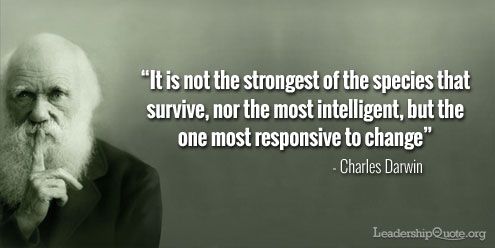 For the players in Btooom, there is no wrong in their decisions made. Simply had to do what it took accept the crazy ones, haha, Taira, Himiko and Ryota by not changing their way of thinking. They knew would be good as dead. It’s an eye opening quote, if you cannot allow yourself to change in a given situation, how can you expect to overcome the next one? But you know what? easier said than done when it comes to real life. Life is about making mistakes, even bad ones, doesn’t make you bad. We have to do what we must in order to keep moving forward. My personal advice I tell myself is ‘Surviving the next day’ which is so true.

If you took away anything from this post was to go watch BTOOOM!! hope you enjoyed this post regardless, I didn’t want this post to be too bleak. There had to be a good highlight somewhere at the end.

Next up on our Spooky tour is Lyn from SomethingAboutLyn