I’m a terrible OWLS member forgetting my original date for my post at the beginning of our August tour. There was no way, was missing out on this tour covering a relatable topic we all go through. Steering away from anime a little this time, wanted to tell the tale of a woman’s journey which is tragic and captivating.

I wanted to thank Mel for choosing this month’s theme ‘Journey’, my fellow members have wrote and expressed some wonderful journey’s – from various series. If you found yourself, you must have come from Marina’s inspiring climb post on the anime Encouragement Of Climb. If you are not familiar with OWLS, we are a group consisting of bloggers and youtubers that cover topics such as race, disability etc. Through the pop culture medium, talking of important worldly topics.

We have all heard this saying in some shape or form: “Life is a journey.” We travel down a path in hope that we reach a goal or destination, but the travel in getting there isn’t always easy. Along the way, we encounter some personal struggles. It is in those moments where we must overcome an adversity to complete our journey or take a different route or path instead. In this month’s OWLS post, we will be discussing the personal journeys of pop culture creators, icons, and characters. We will explore the journeys that these characters went through, discuss the process and experiences they had on their journeys, what they discover about themselves, or share our own personal journeys.

All the OWLS blog tours this year, the idea of what I wanted to discuss never came faster than for the topic Journey. Trust me there are a million characters in pop culture you can talk about each individuals journey’s, hardships etc. This time, wanted to expand outside the box a bit more, like Taku did discussing the Olympics.

Apart from anime being one of my main interests. As a teen, my face would be stuck in a book and hours spent at the Library. Just as anime makes for a smack in the face impact with following characters journey’s, people forget books do as well. A literature classic which is still widely admired and known is Jane Eyre by Charlotte Bronte. This is a story that in my teens, I’ve loved so dearly. Following orphan girl Jane Eyre who is sent to a Lowood school by her cruel Aunt Reed, whom despised Jane. Reaching adulthood becomes a governess finding work at Thornfield Hall, teaching a young french girl for  the Master of Thornfield, Mr Rochester.

There have been many adaptations of this classic story over the years. The best representation I’ll be using this post is 2006 BBC version starring British actors Ruth Wilson and Toby Stephens (Lost In Space, Robin Hood). 2011 adaptation starring Mia Wasikowska (Alice In Wonderland, Tim Burton) was a decent enough representation but the BBC just know how to capture British classics like Robin Hood, The Three Musketeers. 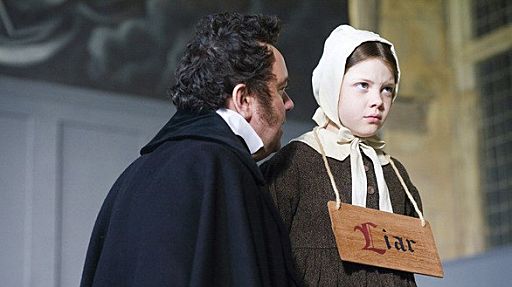 Through all the harsh hardships you will face in life, in your own journey. It only makes you stronger. Jane went through endless hardship till finding any light of happiness for herself. Out of Jane’s hardships that built her into a stronger person was the cruel treatment from her Aunt Reed, after Jane’s uncle’s passing. Jane’s Aunt uphold her brothers dying wish to take in Jane, but her Aunt Reed saw her as nothing but a burden. Jane’s cousins were just as unaccepting of Jane, despite her family’s dislike for Jane – she remained so strong. Jane had a defiant nature and strong-will which was her greatest strength throughout.

Jane’s Aunt couldn’t handle Jane’s defiant nature and sent her to Lowood school for girls. Jane had a very strict education, where she became a governess, in all that time that gave Jane solace was books and drawing. During unpleasant times for myself in high school, art was my get-away, letting my imagination run free. This is where found myself instantly connected to Jane’s character. But I never had the sheer strong-will Jane had during my time at high school, something I’d wish myself possessed back then.

Leaving behind Lowood and her evil Aunt. Jane comes to work for Mr Rochester of Thornfield Hall, teaching a young French girl Adel. Jane for the first time coming to Thornfield experiences what it feels like to be equals along side someone. Mr Rochester was the first person to not trample upon, not treat her as nothing. It is any wonder she ended up falling in love with him. During Jane’s time at Thornfield is not all rosy,  hearing cruel remarks from Mr Rochester upper class friends. His close relationship with love rival Mrs Ingram. Meeting Rochester and people at Thornfield made her blind/forgetful at times of how how cruel or deceptive people can be. Jane had grown so accustom to the friendly atmosphere of Thornfield.

The real kicker Jane faced finding out Mr Rochester is already married when he has proposed to Jane. Just to clarify Mr Rochester wife was mentally ill and in those times would have been sent to a ‘crazy house’. His hands were tied and wouldn’t send his wife there. It would be easy to call Jane foolish in this case because she had become so blinded in love. But, Jane was still learning many things about love and how not all people would belittle you. It was obvious of someone, Jane’s nature she was going to make mistakes – quickly Jane learned from them.

The story of Jane Eyre is not just about a passionate love, it’s about a woman who found finally equal grounding for herself, who triumphed through facing such adversity. Through all the cruelty, ridicule by others, Jane never complained or whined of her frustration aloud once, she held it in. The only time she ever does is a famous quote from the novel:

Do you think I am an automaton? — a machine without feelings? and can bear to have my morsel of bread snatched from my lips, and my drop of living water dashed from my cup? Do you think, because I am poor, obscure, plain, and little, I am soulless and heartless? You think wrong! — I have as much soul as you — and full as much heart!

This is the moment Jane for the first time speaks up for herself with such fiery passion. Seeing this scene in the BBC adaptation, it was just as impactful as in the book. I see it as a declaration for herself, no longer will she let others belittle her. People have the wrong assumption about her. Jane’s tragic yet captivating journey, those who tried to deem her not there equal, only made this woman stronger. It took her forever to find happiness for herself but in the end, she was one to perceiver.

There was so many times I wonder how I perceived through certain situations in my life, as someone living with Autism. It’s not till I got older, began to slowly accept all the negative crap I’d gone through, it’s only made me stronger till now. That’s how you have to view all the negative experiences you’ve had in life, it’s makes you stronger for the future. I get it’s easier said than done, something you work at slowly to view as. Believe me now I’m still working at it but I’m getting tough as nails now.

Hope you enjoyed this different direction for OWLS. If you have never read or watch Jane Eyre, highly recommend you do. If your not a reader, definitely watch the 2006 BBC adaptation, I’ve watched it so many times not funny. Really good, honestly just felt my inner teen coming out here, recalling such a story favourite.

You can check out our August Schedule here to follow our other members and next up is  Steph from Two Happy Cats.