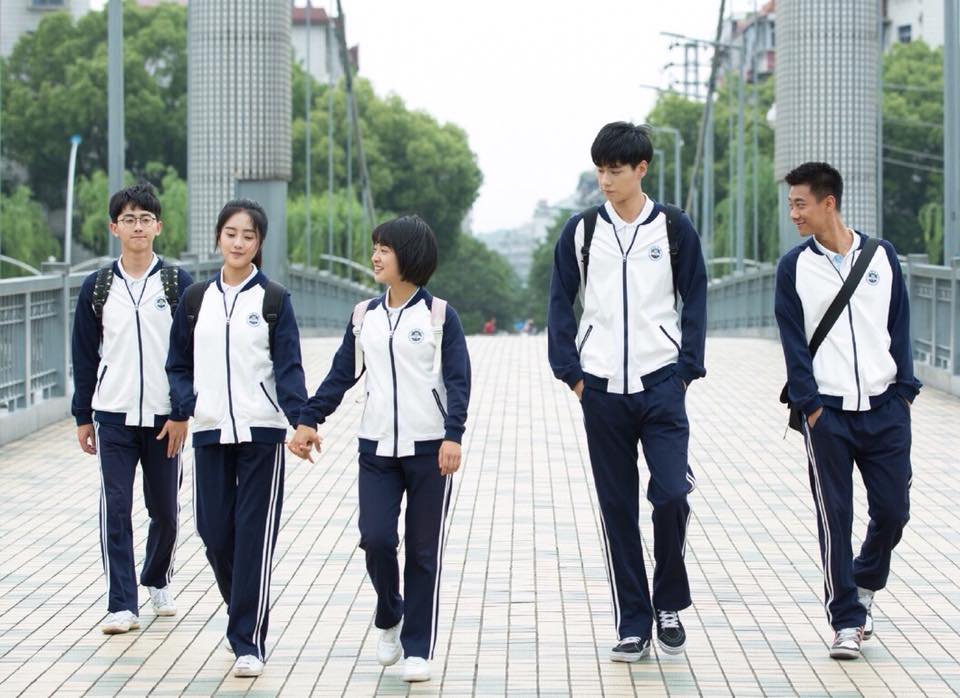 Last but not least over here. Ending a tour on a high note proceeds a lot of expectation and seriously this one, It’s winging it all the way. My fellow members this month have looked at some great angles of our theme “Movement”. Though feel it’s important to end on a realistic aspect.


If you have clicked over to here from the lovely Mistress Of Yaoi and her insightful post. On the history of the Fujoshi. Delving into the toxicity surrounding this genre and why it still continues to grow?. Make sure to check to out Mistress’s post. This May tour has been the busiest for Owls and a first for new members Marth, Karandi and Gloria.

“We join movements, organisations, and systems that align with our own personal values and beliefs. Sometimes we join these groups because they believe in doing good and making positive changes in society. However, these movements can turn sour when a dictator arises or behind the good intentions, there’s a hidden agenda of oppression. It is in these groups that individuals start to shape their identities by questioning their values and beliefs or conforming to the system. This month, we will be examining “real and/or fictitious” movements, organisations, or systems in anime and other pop culture mediums, and the positive and negative effects they have on individuals and society.

It would have been the easy route to choose an anime focusing on becoming the oppression force. Against a group’s way of doing things, which believed to not be right and fight against that. My post will still be within these perimeters but on a realistic approach, which I’m sure many of you reading. Mostly will find relation too.

Thought My Education Was Tough

The inspiration behind this post is from a Drama recently finished A Love So Beautiful based from the Chinese web series. As the title said it was a beautiful watch, about classmates and childhood friends Chen Xiaoxi and Jiang Chen. Focusing on their relationship but alongside their friends. You witness their up and downs of school life and doing into adulthood.

The setting of the Drama in China made me interested. In the schooling culture of China because it’s vastly different to Western schooling. After a little research and reading, it was astonishing to find out how much China’s schooling. China schools believe deeply of the importance in being successful in life and excel in everything you do. There was so much information about Chinese schooling that hurt my brain practically. It’s much complex than what you may think your education is like.

Looking back at my schooling in the UK and Australia, I had it good honestly. Compared to how children in China have it. The following video above that comes in three parts, only watching the first part. It gives you a small glimpse into the life of a China student, it’s a real eye opener. Chinese students have long days, some start at 7am and that can go till 4pm. It can be up to later in the evening if its extra curricular activities, which is something the schools like the students to participate in. Chinese students certainly don’t have a lot of free time, it’s nothing but study, study. My brain would fry over if I was doing a 7am to 4pm day.

The most crucial time for a Chinese student is taking the National University Entrance Exam. This is so important, serious time to the China schooling culture. No time to have fun. A Love So Beautiful exampled all I’ve said here and it comes from a real life culture aspect. I respect China’s schooling culture and their belief in succession in life. I wanted to be successful in school but at my own best, no way was I smart like the top students. In no way was all for me study, study. It’s important to have fun also. The thing I loved most about A Love So Beautiful was through it’s characters. That you need to have fun sometimes and be a little rebellious.

Fun Is Important For Your Mental Health

In school for me it couldn’t be about study, study. No matter if people called me the typical goody two shoes. Saying before myself wanting to be successful and aim for my career goals and dreams. It’s trial and error through succession in anything in life, you cannot always expect perfection on that project or exam. You can only give your best.

In A Love So Beautiful such characters as Jiang is the indifferent one among the group. Never said much and kept to himself, not having his father in his life no longer since a young age made a massive impact. His mother had great expectation of him, being the one of the smart, top students in his school.

Wu Bosong jokey, fun one among the group had his life already paved out for him, as a national champion swimmer. His coach who is also his father, had pushed Wu since a child. Training Wu relentlessly hard to be the best swimmer to make it onto the National team. It was nothing but train, train, his father believed in Wu not needing any distractions, such as friends or relationships.

Mainly Wu and Jiang I’m focusing for this point as they mostly related. Not saying Lu and Lin aren’t awesome, trust me they are. Chen was the best influence on these two boys, Chen is the opposite of any in the group. From the beginning Chen had no idea what she wished to do as a career, often causing the teachers strife. Chen was the less thinker in what she wished to do. It was think about later, I got this haha. Chen’s whole presence around anyone would just light up your face with smiles. No wonder she ended being a favourite for me.

Chen’s influence over Jiang was the biggest imprint by just being there, constantly. After Jiang father abandoned him and his mother moved away taking Jiang brother. Leaving him behind. The feeling of abandonment made Jiang act cold. Jiang may have acted cold towards Chen at points but Chen was always there for him. Chen never abandoned Jiang, as for everyone he felt in his life did. It gave him confidence and belief in himself that Jiang was afraid to show. Finally it emerged when telling his mother, that he wanted to study medicine, not follow his mothers expectation.

Same goes for Wu, Chen was his first real friend, having that moral support. Giving Wu confidence to stand up to his father, that swimming was his fathers dream. That Wu’s father never asked him if he liked wanted to do swimming, or if he even liked it. That Wu shouldn’t deprive himself of not having friends or having fun. After this confrontation, this closed the distance Wu and his father had for years.

Main characters of A Love So Beautiful as a group embodied that it’s okay to be rebellious. It’s what teenagers do at school. It wasn’t over-the-top defiant, it was normal. Chen was the shining star out of the group, no question there, her whole presence. Chen was a free spirit and no wonder was the biggest influence of Wu and Jiang. It’s good to know someone or have a friend like Chen. That you make your own choices and strive for your best at your own pace. Not let someone pave that way for you like for Jiang and Wu.

It can’t be about work, work and expectation. If you ask me expectation itself is just pressure to me, having some say “We have high expectation of you”. The worst feeling practically. Li Wei class chairman of Chen’s class, your typical goody two shoes. There’s a period in the series, Li breaks down when you find out. From her mothers high expectations as a top student to get good grades. Caused Li to have depression. This was a great aspect the drama covered as it’s really important true. It happens in real life.

Weighed pressure and expectation can lead to a toll on your mental health. Myself and everyone who has experienced it. That’s why expectation don’t believe to be healthy at all. It becomes a burden. Taking those breaks, moments with friends is so important for your mental health, I’ve covered this in a previous tour post.

One important thing I’ve learned through life is you can only do your best. It’s okay to be defiant in the drama that is called high school. Education is an important thing but so is having some fun. Taking breaks from constant study, hanging out with your friends. All so vital for your mental health, same applies for work and anything. You are own individual to make your own choices. Be successful at your own pace in your goals and dreams, your trying to reach. There is not such thing as perfection in succession only trial and error.

This concludes the finale for OWLS May tour. I’ll be doing another post of my own on A Love So Beautiful, but highly recommend watching. Soo Good!!!

I hope you all enjoyed this tour from Owls, it’s been a great one. Really enjoyed writing this post and hope I ended it on a decent high note. Please check out below the other posts from my other members: