It’s been a year and half since last writing for this dying segment…Wait. Did I say dying? A load of poppy cock, I’ve been reading stacks of shoujo from the last post.

Shoujo, romance my number one favourite genre in anime. If you ask me what is the most genre I read. Shoujo, shoujo, shoujo. I’m absolutely terrible at reading a different genre because my consumption is nothing but shoujo trash. Such a sucker for it, though nowadays. It’s not so bad with my widespread mindset to try anything.

It will surprise me if anyone remembers this segment which wrote one post for. It was a rubbish first post anyway. Those are new to my blog….well. A long time ago wanted to started a series post, recommending shoujo fans. The satisfying reads before you go to sleep and fill you with happiness. That’s all shoujo fans want from this genre, happiness. Finally time to revive this segment, I’ll be recommending three short shoujo series. I’ve personally read and tell you guys why you should check it out.

I’ll only recommend you the best shoujo trash possible !! 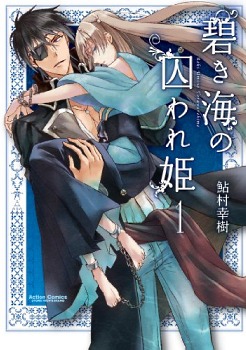 Princess Matsurika being married off to the opposing country prince Orland. Who is as vulgar as they come. Oh then…. Matsurika is suddenly kidnapped by a pirate Raju, whom he’ll sacrifice at the ancient altar. Attain his dire wish.

This series if it was longer, sounded promising plot line. Could have seen myself immersing in easily. Fairly easy to get the gist of what was going, it was a satisfying enough read before going to sleep. Generic princess whom nobody gives a toss about towards the end, Raju our pirate. Has the whole hollow, cold act going on and even after it all. Still only half liked his character in honesty. It wasn’t an amazing read but still was good enough to make me forget, daily day stress.

You like your trash reads and bit of adventure. This one is for you.

Animals hate Yuiko whenever she approaches them. Yuiko has always loved animals. Meeting classmate Leo whom to others are afraid of. For his behaviour which appears animal like. Underneath discovers to be very sweet and gentle. When people come after Leo shows his instinct animal side in order to protect Yuiko

I remember fellow friend Crimson read this title, from reading her post. This was an adorable read, truly was. Wasn’t expecting to love it as much as I did, Yuiko was quite likeable for the protagonist. In a short time the development of Leo and Yuiko’s relationship is touching. The storyline is a tad predictable in parts but I liked learning Leo’s back story. The reasoning why he keeps running from the people after him. This series rang similar to themes that of Beauty and The Beast. “Noone could ever love a beast” is the first thing thought of after finishing this manga. It was a cute satisfying read which any shoujo fan can sleep happily at night from.

If you like beauty and beast then you’ll enjoy this smitten story.

This story is pretty self explanatory and predictable. Hikaru comes across Minato while star gazing. Minato is a delinquent but underneath has a great love of music. Hikaru shy, “notice me senpai’ role she plays a lot. Gets old after a long while. There is nothing stand out about this series. Main reason adding here predictable but makes for satisfying read before bed. The whole story had the usual shoujo tropes like any. But was a nice read for when I read it. It’s not great or amazing, just average.

I’ve given you guys trash reads but satisfying ones. No unsatisfying endings, could never do that to you guys. Next round I’ll be seeking out some cute, fluffy short reads then will go back to trash. I must take note that I read these titles through other means if your wishing to read them. That’s how I read a lot of my manga honestly at the moment because blind buying manga. It’s something cannot do. When it comes to manga have to really love it and want to re read. All the ones in my collection are ones I’ve re read more than few times. So it’s your choice in how you read these titles.

I’ll be up straight about it but doesn’t mean to say won’t ever not buy manga. I just have to love a title enough. I’ll included links to where you can buy anything I recommend if  it’s available or in print.

Hope you enjoyed this revived segment, and look forward to next recommendation round.