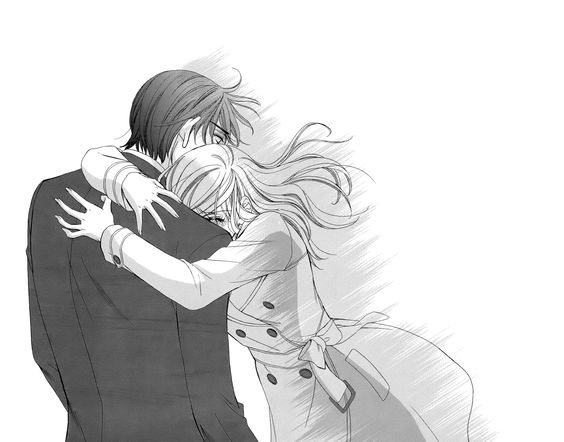 This month Owls has been focusing on “Competition”. It’s ironic that the first thing you’ll think of is sports. Think this month I’ll be the odd one out in my approach to this word.

From starting last months tour, I’m ending February’s tour more pressure. I feel to make sure everything ends on a good note. If you wound up here, that would be from Pink chan’s post about Haru from Free. His lack of interest in competition. All my members for this month’s tour have taken, sport orientated approach. It’s only common when we think of Competition, wanting to be on top, exceeding what you are capable of.

In honor of the 2018 Winter Olympics, this month topic will focus on the theme, “Competition” because the Olympics is where athletes from all countries join together to compete in sporting events. Through these events, we see how “competition” brings out the grit, the teamwork, and the competitive spirit within athletes. This month, we will be exploring anime and pop culture media that discusses the good and the bad when it comes to competition and what it can teach us about ourselves and the world around us.

While competition is about excelling against those who are better than you, bringing out the best of your capability. Whether it’s competing at your schools sports day, singing contest. Competition is everywhere in different forms not just sports. But a form of competition I’ll be expressing doesn’t win you medals or your bettering yourself.

It’s fair to say when it comes to loving or liking someone it’s never easy sometimes. Do you agree? Because unknown hurdles come at you unexpectedly. In shoujo it’s overly exaggerated but think real life isn’t like that, like a shoujo. I recently reread a beloved shoujo series Happy Marriage that made me think about. The to and froth our hearts can be pulled in either direction. Comparing yourself if your good enough for the person you love or like. Also the ups and downs of marriage.

To Be Good Enough Happy Marriage centres on Chiwa who works two jobs to work off her fathers debts. The chairman of her company puts towards Chiwa an offer. As they felt indebted to Chiwa when the chairman was younger he was in love with Chiwa’s grandmother. He’ll pay off Chiwa’s debts if she marries chairman’s son Hokuto. President of her company.

Truly love this manga series for it’s focus on arranged marriage and how two strangers get along. It doesn’t make it look good at first Chiwa agreeing to this marriage, as a way to get out of debt. Even making it worse person she marries Hokuto. He’s a prideful jerk that you wouldn’t want nothing to do with ever. It was selfish reasons of both parties for this marriage happening but through the course of things. It slowly becomes not to be the case.

Chiwa character for some reason really connected with. Possessing all the newbie awkwardness of someone new to love. She’s not alone in that aspect Hokuto as well. But first half the manga shows Chiwa’s shifting feelings from hate to love towards Hokuto. That as Chiwa began to see more exposed side of Hokuto, realising love had come into the equation. Chiwa starting wanting to act more like the role of a wife and just being there for Hokuto. But Hokuto never made it easy for Chiwa by not acknowledging Chiwa at all. Seeing her nothing more as a means for his true goals.

Causing her to constantly at one point begin to compete with herself. That was she good enough wife material for Hokuto? It’s actually sad in a sense when you begin to think this way. Promise as I’ve made this manga sound it is a really good read. It’s gets better from the start I promise. It’s the same aspect when it comes to real life love, someone you like or love. An ex comes along, or a friend of their’s. They get along with that person well and without you knowing feelings of competition creep in. Asking such things How can I better myself for this person? Will I be good enough?

True People See The Worth

I do hate being a girls at times. Because think were the worst. At thinking when a person comes along who gets alongs with whom you like or love. Starting thinking those toxic thoughts If only I was more talkative? If only I wasn’t shy?. You begin a competition within yourself to start be like them, changing certain aspects about yourself. This doesn’t apply to girls but guys have the same thoughts. Haven’t left you guys out.
I’m more than constantly guilty of doing this. One of my terrible traits is worrying a lot. mean a lot, Oh overthinking too. Two past people I’ve been with in real life I always asked them Are you happy with me? Truly? Am I enough?. As you might be thinking they’re response course “Yes you are”. Then they’d tell me why, still sometimes I’d still wonder they they chose me? I believed in everything they told me but felt they could have done better than me.

There was this constant competition going on within myself. About myself. Because personally I don’t like myself as a person at times. In how I am or are in situations. Wish’d or I still do now that was better in so many aspects. There were times in situations where I did not act myself and wanted to be more appealing competition. This brought out some mean competitiveness that really then made me not like myself. Trying to better yourself in an aspect to prove your own self worth. Really won’t get you anywhere. Trust me.

It got Chiwa nowhere but she had a tough struggle with jerk Hokuto. Eventually he does realise is feelings for Chiwa. Took the bugger long enough to notice.

I dare say your competitive side has reared it’s ugly head in regard of someone you like or love? Haha honestly that is okay, it’s not a crime. but when someone tells you are worth it and why. Just believe them. It’s hard to not let your thoughts go asking of your self worth. I’ve learned now the next time someone tells me I’m worth it. To just believe them and their words. It’s never easy at times in liking or loving someone (being in a girl in particular haha) but one things that stands true. There will be ones who will see your true worth, one special person will. It’s enough that someone accepts all of you if you can’t. They wouldn’t want you to change for them.

Ahh love is never easy or being content with yourself.

Least my post for this month was novel as like last month but this concludes my February tour post. Honestly I had other plans for this months tour blog but just didn’t want it to be about sports. I’m glad I did this aspect from a love perspective and hope you enjoyed the read!!

This marks the end of our Competition tour for February…. tomorrow is March. What’s up with that.

Want to know more about Owls Bloggers or Join our team!! Click here
Follow us on Twitter and Facebook to keep up to date with other members posts and announcements
We have Youtube also where we do a end of livestreams at the end of the month, Check out our previous ones.

4 thoughts on “Competition Of The Heart | Owls Feb Blog Tour”