New years is a coming !!

Referring to the drinking part it was a merry, tipsy Christmas with my family but it was great. I played my first round of cards against humanity at like 12am with my family, it was an interesting and a blast at the same time. I see what people mean regarding this game as for not everyone. Hope everyone had a wonderful Christmas, ate till your bloated, shredded those presents to nothing and hyper off the fizzy or alcohol. I’m here to bring you a very special end of year post – a -rama, I’ve gone through sifting people’s 12 days of anime posts. There have been some great reads and I’ll be show casing various ones from 12 days of anime.

Good job to everyone who completed this challenge. Don’t do what I did 12 posts and videos, you’ll kill over for sure. If you didn’t complete the challenge it doesn’t matter all about the fun of things.

Alright I have a bunch to share with you guys !!!! 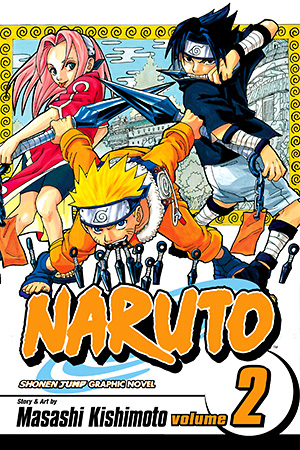 Reading In Obscurity (Day 6) By Auri

How more mainstream anime is becoming there are those unknown titles that get left at the-way side. Auri posts covers in her opinion of what exactly makes certain titles popular? While suggesting manga titles she’s read for the benefit in you might discover something new. A great selection of unknown manga picks and if this is your thing check out Auri’s post.

[8] URAHARA: Art Theft and the Value of Online Art By Sephyxer

Sephyxer uses Fall 2017 Urahara in the importance of showing artists support. The series centres on a group of girl who like being creative and how it relates to independent artists being victims of art thief. Retweeting a tweet and not putting the original artist, same thing on instagram. This posts makes you think about how spreading positivity is important also and is a reminder. Check out Sephyxer post, it’s a good one.

[VIII] Just Because! The Power of Silence By Noogen

Noogen writes a piece in defence of the series Just Because of others saying it’s ‘Boring”. Also bringing in a personal trait of being partially deaf that the series does well in it’s story telling. Through less dialogue it’s clear through the characters expressions and body language what they are thinking or feeling. This was a great personal piece to read and about Just Because make sure to check it out !!

Aezreal talks about guilty pleasure with series Symphogear. We’ve all gone through the phase of not being into a show at first. From watching season one and to now Aezreal realised they found enjoyment in this series. Aezreal clever way with words made this for a fun read.

What would be define to ourselves as a classic anime. Kidd’s Anime Blog explores this term in his personal opinion of how a anime affects the industry itself. What impact it’s had on it’s viewers so the choices they have chosen are relating to this meaning. It’s an interesting list they come up with and well-picked, make sure to check it out!!

10: …ANYONE WATCH THIS? ANYONE? (RAGE OF BAHAMUT: VIRGIN SOUL) By Appropriant

Fun fact blogger Appropriant is the person who over sees the 12 days of anime ani-blogging event so props to you my friend. I really enjoyed their read on series Rage of Bahamut: Virgin soul. Appropriant weighs up the positives and negatives of the series that it’s a good show but series can fall short sometimes. Reading his post made this series seems like a good time and good to see a piece on Rage of Bahamut.

[12 Days of Anime] Day 5: Following The Ancient Magus’ Bride into the Isles By Marina

Marina talks Fall 2017 Ancient Magus Bride reminding from her childhood. Reading books about english folk lore and how the Ancient Magus relays back to parts of english history. Which was nostalgia for me as well. Make sure to check out Marina’s personal piece.

What It Means To Be A Ani Blogger By Remy

Remy is at it again with some amusing content and nothing more saids it about being a anime blogger than in this short, sweet post. Recommend check it out for your own amusement.

Haruhi writes a personal piece about Cardcaptor Sakura how it’s was a big part of Haruhi’s childhood. How the ability of the series plays off the feelings and actions of children. Creating this genuine nature about the series. Quite a nostaglia read if your a fan of this series.

Matt writes a great piece on White Album 2. About the series perspective in adolescence of if you a close group of friends. How when love or liking someone comes into play can lead some tough choices on your friendships. Knowing someone will get hurt. White Album 2 matt describes as not being your idealised romance and being more logicial. This was a refreshing outlook on the romance genre, make sure to check it out.

I hope you guys enjoyed this special edition of Post – A -Rama and to go check out everyone. I’m still making my rounds reading others 12 days of anime posts which hopefully I’ll feature some more in January Friday Features.

I’ll have a end of year post out on new years eve, recaping this year a little and all the updates for 2018 I have. I wasn’t initially going to do a end of year post but I might as well join on the band wagon honestly. So you can look forward to that!!!

I’ll see you all next week as usual for the first Friday feature of 2018 !!