Back at it for my group Owls. Missed out on October but were here for November and another tough topic to tackle, in the importance of communication.

Want to know what I mean? Click that read more button.

If your not familiar with the group I am apart of, we are known as Owls, group of Otaku bloggers. Whom every month we do blog tour posts on the related topic at hand, our goal is to spread positivity and promote of human equality, gender, race and all round acceptance. We use anime as our outlet to express our points relating to the topic.

Whenever we have a disagreement with someone, we use our words to express our thoughts and opinions. However, there are those who would rather use fists instead of words, those who forget that being “right” isn’t the most important thing, and those who lose sight of compromising and acknowledging differences in opinion and belief. Diplomacy is an important skill and tactic that not many of us have or are able to utilize properly especially in “social media wars” for sensitive issues and anime discourse—we just express our opinions without really listening. For this month’s prompt, we will be exploring some of the best negotiations scenes in pop culture media and discuss how effective these diplomatic moments are and what we can learn from them. We will also discuss why communication and listening are important traits to have and whether or not there are other means to enforce peace.

Goodness me were in November this year has just flew by before all our eyes. While for this month’s topic is a tough one, next month’s will be something lighter. Make sure to check out last post by Taku covering Blade Runner. Communication is the number one way we connect with others but sometimes a connection is never made, lost What do I mean by this? Their are those who don’t want to be civil and who do not wished to be reasoned with because they cannot respect your opinion or values. Coming across this situation on the daily if your a social media person, that potential connection to have with this unreasonable person is something that won’t be a lost to you. Trust me. 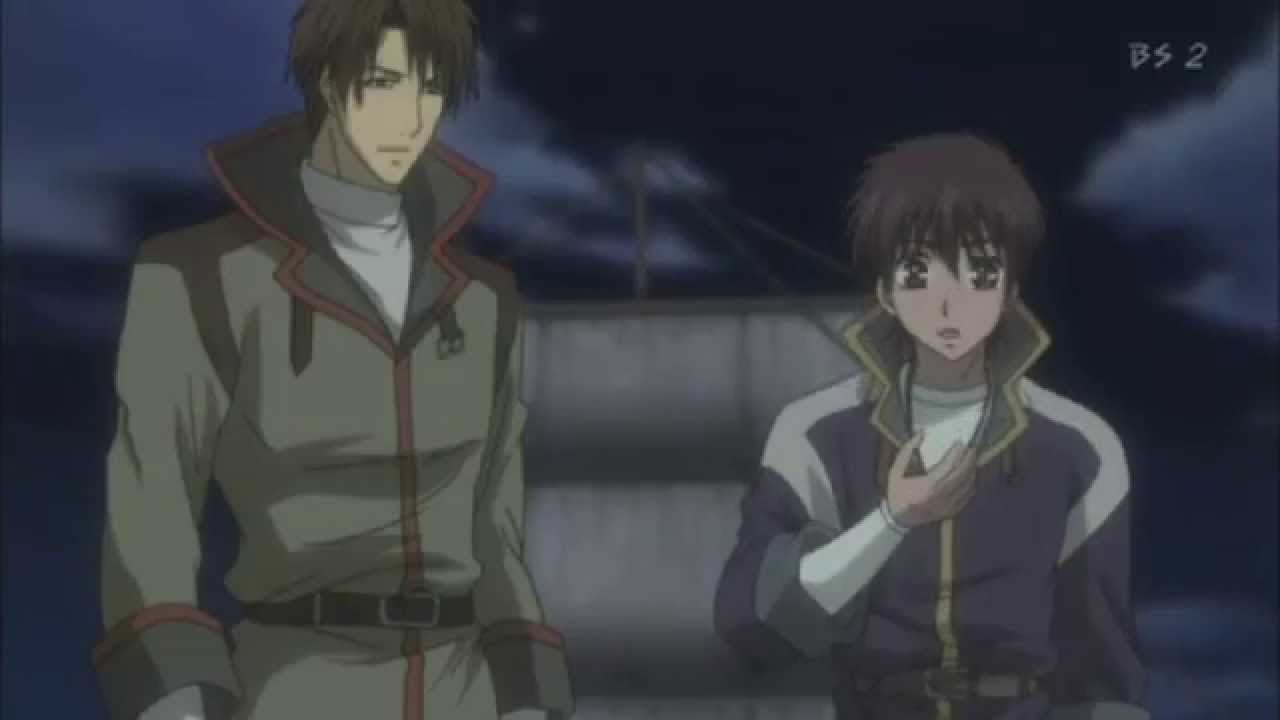 Myself as a person is someone who likes to avoid conflict if possible, a character who shares my same feelings is Yuuri Shibuya from Kyo Kara Maoh. Yuri’s normal life is completely changed when aiding a classmate from being bullied, has his head dunked in a toilet through a portal  is transported to another world… Okay stay with me on this. Weirdest way in anime I know someone is transported to another world, through a toliet. Yuri winds up in the demon kingdom and is to become the 27th demon king. That would be a mind bottling situation being told you are going to govern a land, when your only fifteen.

Yuri has his hands full throughout the series learning the noble ways and run a country. Set in such a political, noble setting Yuri quickly learns at the beginning talk is cheap in this demon world but Yuri personality and beliefs changes this. Yuri encounters many situations stating his opinion is rail blocked 95% time but he keeps pushing through. In e (Season One) episode five Yuri along side Conrad and Wolfram making their way to seek the demon word morgif. The ship they take is overtaken by pirates and over emotional Yuri tries to reason the pirates to let everyone go but when they grab Beatrice, Yuri had befriended. Yuri’s inner magic takes over surging anger, saves everyone on the ship.

That is just one of many moments where Yuri would rather reason than to resort to any kind of force. Every situation Yuri faces no matter stays true to his values in trying to reason first, this affect quickly rubs off on people closet to him. Yuri is a character I respect, others may seem him as wimpy but Yuri makes small steps towards his goal. To bring peace between humans and demons, no matter if others around him think it is a trivial dream. Yuri’s value in trying to reason, state his opinion becomes his greatest strength as he learns what it means to be a leader. Yuri knew their were others that would or wouldn’t listen to his opinions but he respected the feelings of others whom he encountered and closet to him.

Are You A Lover Or Fighter?

Everyone knows the saying I’m a lover not a fighter. Which would you class yourself as when it comes to debates, discussions?. Yuri and I are on the same pitch field where we wouldn’t through that fast ball right into your gut. Hard truth in this world you cannot reason with everyone where you might not like the same show you do, interests you have can be anything. How the techno world has evolved over the years, social media debates can be a bit too heated. I’ve walked personally away from when things get too warm and wanted to grab that extinguisher and cool everybody off. Sure I’m not alone in this thinking.

It’s not worth getting caught up in the fire that’s been lit, which why in this case walking away sometimes is the best option. Like saying before I’ve done plenty of times as when you just want to have a civil discussion. It can seem too much to ask for to just have a “Civil Discussion” especially when others don’t wish to be. I know how itching it can be scrolling through your twitter… you see something that flicks that switch. You want to tweet out that frustration whatever it is about, next thing you can’t get out. Social media is like a double edge sword the freeness in speaking your mind but only for someone to comment that comment of all comments. You know what I mean *wink* where it just gets under your skin.

It’s not worth it to me being in a discussion when things starting getting uncivil. Remove yourself from that setting and stick to a setting where you feel comfortable. With your friends, people who you know respect your opinion and don’t trample over it. Like saying before you cannot reason with everyone, not worth putting yourself in a negative space created those who deem themselves to be unreasonable. It’s just important to be mindful in any discussion your in, respect the feelings of others but not everyone wants to do that. Doesn’t mean you have to be one of those people, using verbal abuse to state your importance of opinion. That is the main diplomatic achilles heel of discussions.

Be in an environment where your comfortable to voice your opinion with others who are civil and respect your feelings. You don’t have to stay in that long lasting heated discussion where your not comfortable.

Well folks this concludes my post for November. haha considering my post from September which was a long novel, this time around short and sweet. Make sure to check out Arria’s upcoming post on 13th covering something different than she usually does.

This month’s topic was tough looking forward to next month’s but until then… hope you enjoyed.