It’s been a couple of months since my last update, figured I should do these more regularly as the growth of my blog in the span of a short time as been unreal. To kick things off on a good note is the blog and youtube new schedules have been working out at the moment, slight slip up on two late videos but I’m surprised at myself. I’m always motivated now to write something but one thing I need to work on is start writing things in advance more. Hope people have been enjoying the new schedule and know it will benefit me more in the long run.

To give a brief overview as I had want to have this all done with by now. A lass I have only wanted 2/5 anime’s Free, Your In Lie and Utena are the ones left for me to watch. I’ve reviewed Yona Of The Dawn and Haikyuu already, I plan to start Free this month as the next one. Utena is an issue for to watch legally eventually I will buy the whole series as there are some good deals on the set here in Australia. I’m not just buying the series for this, very eager to have such a well known classic in my collection, from a collector perspective. So that is what going with this and hope to complete this before we hit the half way mark of the year.

I’ve mentioned already I have joined a group of Otaku bloggers called Owls. Working with fellow blogger friends whom I known has been great since this group was started in January. If your wondering the purpose for the group is to spread the importance message of equality and acceptance using anime to convey our message. We do blog tour carnival every month where each of our members write posts related to the topic of the month, so far January “Distruptor“, February “Flight” and currently March is Sanctuary. We may be small group but hoping to make an impact in anyway we can.

Make sure to keep up to date with us on our blog and twitter !!~

The Go With Seasonal Anime

Where’s the seasonal stuff been at? I know I have not written another single seasonal post since my first impression of Scum’s Wish. I lost interest in Fuuka and Masamune -kun no Revenge somehow along the way but I’ve been keeping up with Scum’s wish and now Fuuka. Giving it a second chance, so more seasonal mid to end impressions of these two shows will be out for next week I’m planning. As for the spring 2017 season very much excited for and last week of March I’ll reveal what I want to watch either in a video or blog post. I have found it either tweeting or writing some sort of impression on the show, found that works for me.

While keeping up with some seasonal shows during the spring season, over the next 3 or four months purely my focus will be watching more older series. My list is endless of how many classics I want to watch like Flame Of Recca, Yu Yu Hakuisho and some hidden gems as well. I nearly forgot at one stage my reasoning for creating this blog to share those anime’s that get over looked and wish to really focus on this more now than ever. I’ll be starting this off with a re watch of Gundam Wing upon getting the series in January. I don’t remember much of anything that happens which is all the more reason to focus my reviews/thoughts on older series. 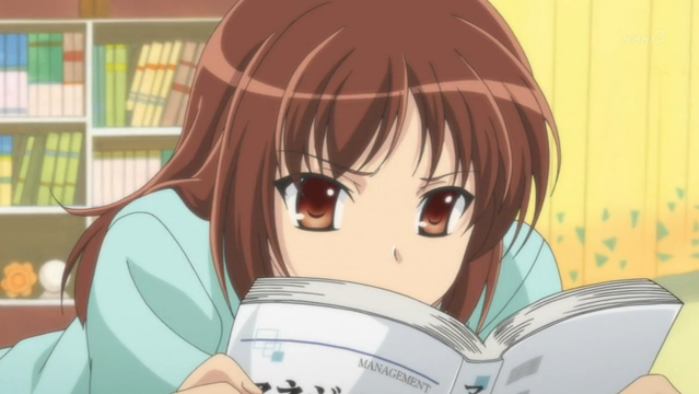 I’m not a 100% sure if this will happen but for May I’ve planned for the whole month to read a manga every day or multiple as a way of getting into good habit reading. By then I’m hoping to have gotten some volumes of manga, even if I have to borrow some from the library. I was inspired for this idea from the February manga challenge many book tubers and manga fans did. It looked like fun so I’l be posting on my twitter or instagram of what I end up reading, hoping this plan works out, if not will be planned for another month.

That is all I have to update you guys on for now, things have been moving smoothly on this blog and proud of where I am currently. Over on my youtube I’ll be trying to have more live streams on a regular basis as many have enjoyed the Reverse Otaku Variety Show from this month. Please ever let me know if you wish to collaborate with me around mid April I’ll be considering doing some collaborations around then, as I have too many other things piled up at the moment.

This Friday there will be no Friday feature guys, sorry I need some time to myself for the rest of the week, so this will be last post for this week. Unless I somehow feel like writing something which might not happen I doubt. I’ll be using the time to catch up anime, manga and start some art high time I do that.