Last year I was nominated for award called “Free Spirit Award” which Unotaku and Marvelous Mismatched, created this award together.

Part of the award is to pick a topic you want the nominee to talk about one my blogger friends Lyn nominated me and chose two song titles to center my topic around. I decided to do a piece on Anime Victims in Love. Which had a overwhelming responses and I’ve been wanting to do something similar but exploring a much deeper theme, Sacrifice.

The most common people think of when they hear Sacrifice is related to death, but sacrifice does not just mean this. It means to me giving up something precious for the sake of someone or something, being selfless thinking of others more than there own well being. I wanted to highlight some moments and characters, who deserve the spotlight and bask in their own light to show how powerful anime to me takes on this deep theme. 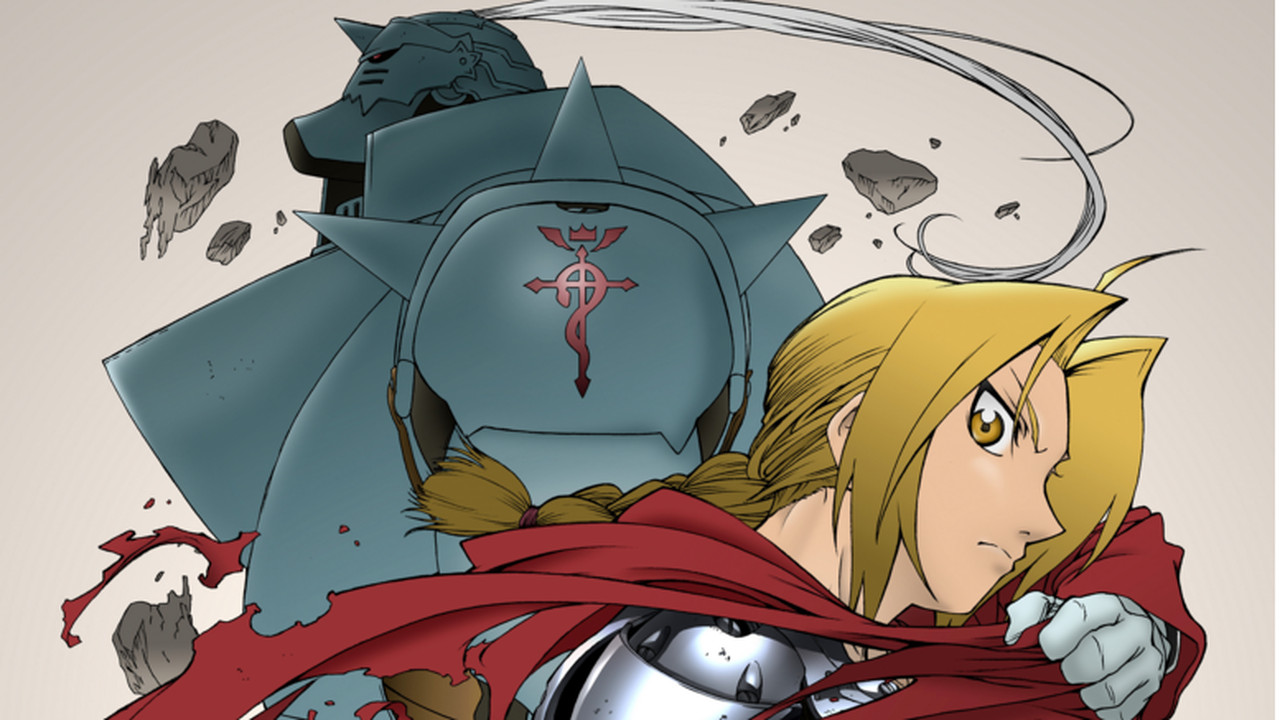 As saying earlier their different meanings to the word sacrifice, one of the first that sprung to my head was of how selfish one can be, and not think of the consequences. The perfect pair that came to mind was the full metal brothers Al and Edward. The series full metal alchemist ways very heavy on the theme of sacrifice as for these brothers it all begins of when they both do the forbidden taboo of alchemy. Trying to bring back someone from the dead in this case their mother which ended in very massive sacrifices for the pair. Edward lost his left leg and right arm, Al had it much worst lost his entire body and his soul was transferred to an ancient armor. Watching these two brothers try to correct their mistake and get back what was taken, was sad to watch at times.

Though these brothers have made their mistakes, there is nothing wrong with being selfish at times. At the time of their decision regardless of how young they both were, they both had some idea of the risk they were taking. I never felt sorry for Edward and Al selfish sacrifice decision they both made but later my feelings changed towards pity a little. Don’t worry I still love these brothers, so hard not too but they represented best of selfish decisions we make, without or knowing the consequences. Sometimes the sacrifice of those kind of decisions are always greater than we think.

Though I’ll mention towards the end, the brothers learn their lesson and Edward displays the kind of selfless sacrifice in order to save his brother.

The title may sound strange the way I wrote it but applies highly to the next pair I will be talking about .One pair that I have never forgotten about and have always stood out is Rosette and Chrono from Chrono Crusade. Rosette met Chrono at a young age, Chrono is a devil feared by many, Rosette doesn’t bat an eye lid to befriend Chrono. Despite of knowing of what he is, whenever I think of these two, I do feel sad as for what happens to these two in the series is just sad but very memorable. Rosette makes a contract with Chrono which allows, him to transform to his true form in any bad situations they may get themselves into.

The pocket watch Rosette wears around her neck represents the contract they both share but also Rosette’s life span. What is the sad thing about all of this is, every time Chrono uses his power, it shortens her life. But Rosette knowing this does ever let it get to her and steams on ahead with what she has to accomplish, her acceptance and weight she carries. Is something that should be recognized, it’s not about her life depleting away but of how strong she remains about the whole thing. If you ever watch the series, it will be worth your time. Rosette reminds me a lot of Syaoran from Tsubasa Chronicles of when I talked about him in my Victims of Love post, of how both are very alike in terms of strong will.

For The Love Sacrifice

I was going to leave this last to talk about but this moment is one of the saddest anime scenes I have cried out. It’s never left my mind because the build up towards this scene in the final episode was not something I expected coming. Masane from Witchblade, wield’s the witch blade, it’s a living organism that only chooses females to harness it’s power. She’s is a destructive force when she transforms, all she ever wanted was too live in peace with her adoptive daughter Rihoko but many dilemmas seem to stop them. I love this series so much but others may look upon as too much boobs and butts everywhere, the reason I love it so much is mainly Masane’s character.

But as I was talking about the saddest scene in this series, Masane sacrifices herself to end all the chaos with the witch blade and I-weapons the military created, thinking about it now I just want to cry. It is so beyond sad Masane’s final moments, having finally the chance to live the life with her daughter but she is so selfless. Masane embodied this theme “A mother’s love” throughout the entire series, doing everything for her daughter’s sake. Masane needs a medal, truly does and by god the ending music never helped, added to water works.

Have a listen to the ending theme song, it’s one of my favorite anime songs, has a beautiful rhymth. Always has me thinking of Masane and sorry to say she trumps everyone on this list in terms of sacrifice. Not because of her dying but at moments of what we are willing to do for the sake of someone we love, I couldn’t think of a better example .

I love how anime takes the theme of sacrifice so deeply, all of the victims I have mentioned left a mark on me. Any deep themes like love and sacrifice the representation through anime is astounding to me, I’m others would agree as well. I enjoy exploring these deep themes and going into depth like this, it should make you open your eyes on how amazing the anime medium truly is.

I hope you all enjoyed this rather deep post, at some point there will be a part 2 or more if others would like to see that. Please comment down below are there any victims of sacrifice that have left a mark on you?

I’ll see you all in the next post !!
LitaKino