Fairytail was the only main stream anime I ever got into, Naruto, Bleach they didn’t leave me the impression to continue watching. I was introduced to fairytail by a friend, watching the first five episodes I couldn’t get into it at first. You think by then you shouldn’t continue but through the main cast Erza, Natsu, Lucy and Gray I became in invested after that. If you have never seen Fairy tail for yourself, then I’ll give you my 3 reasons to give it a go and why I love it so much.

The basic premise of the story is a Lucy heartfilla a home runaway, leaves her luxury life behind to join a guild. She ends up meeting Natsu a dragon slayer and his companion happy (talking cat), whee Lucy joins up with their guild Fairytail.

1. The Humorous Cast Of Characters 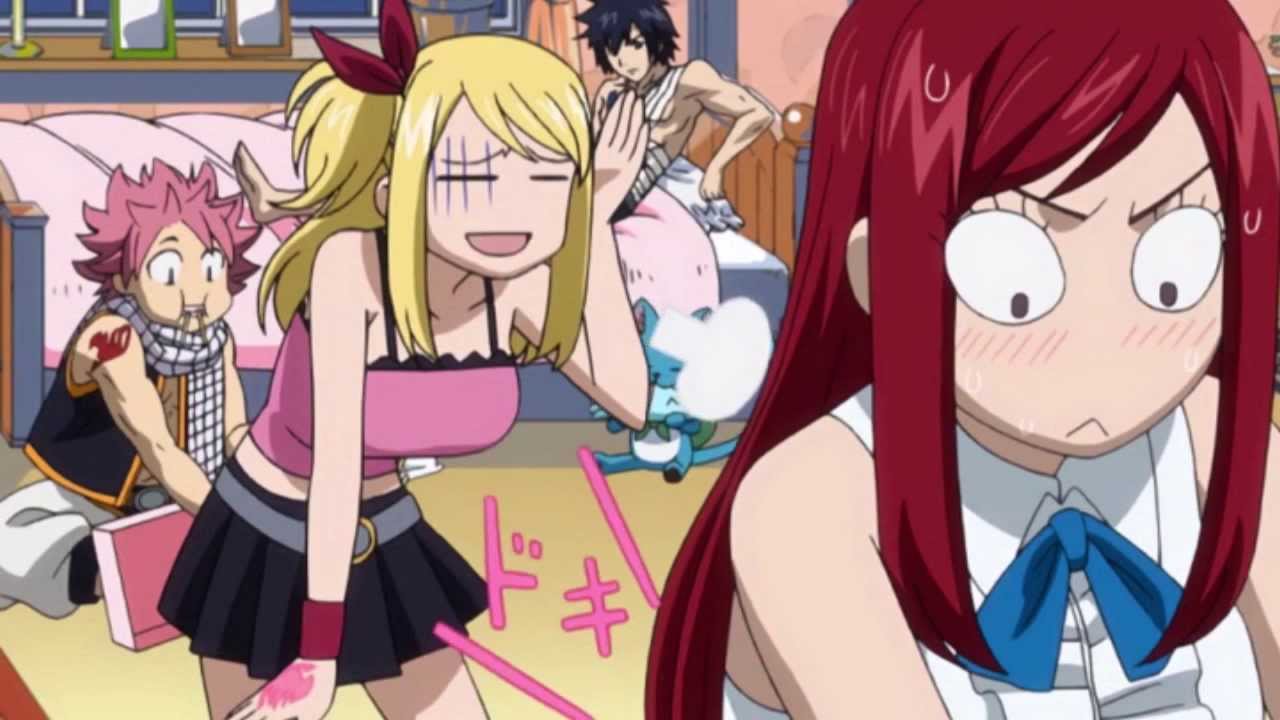 Fairytail has quite the range of characters especially the favorites, Lucy, Natsu, Gray and Erza so many fans love. As the anime, manga goes through each different arc you’ll get to know every character. Never has a cast of characters in a long time, had me laughing so hard, Erza one of the strongest wizards in fairy tail drools over the site of strawberry shortcake. Natsu and Grays random disputes that cause more harm than good, Aquarius one of Lucy’s celestial spirits spends more time yelling at Lucy than helping. Happy will mention a lot of when his taste buds want fish, I could be sitting here all day.

The one thing I love about every single character in the fairy tail guild in particular is their driving love for their team mates and their guild. Through every Arc when all hope seems lost, they’ll all keep getting back up, the emotion really hits you eventually it didn’t take long in my case.

I’m not the hugest Harry potter fan, I love the fandom, seen the movies but this was next most exciting thing for me to get into. Every battle in the series is always so exciting, was never not bored for a second, Fairy tail always kept me in suspense. Who wouldn’t want the ability of being able to swallow fire, summon spirits from another realm, change different armor at any point. Any magical element you can think of Fairy tail has it all, with the added idea of being apart of a guild, going on jobs. It projects of life being this one big adventure where all the serious situations that occur, there are laid back episodes of silly missions some of the characters go on. Fairy tail is a series that rides on emotion and knows how to hit it’s viewers in the feels. I should know, the amount of times I have cried in any of the arcs, this show has been made cry more than 10 times. Fairy tail has a very passionate cast of characters, the most passion comes from all the fairy tail members. The Fairy tail guild represents the theme family, anyone who is in trouble they’ll be back up on the way. Each member throughout the series shows their love for their guild, of how they’ll never give in to anything or anyone. At points people may think all the emotion is corny and over the top but you won’t be able to resit getting suckered in.

The waves of ever changing emotion in Fairy tail is I feel it’s main strength of why people love this show.

I’m not expecting after writing this for people to be convinced and go watch it. If you are interested then try the first 5 – 10 episodes, Fairy tail really is a great series to just have fun with and feel yourself diving into it. Not every single episode of Fairy tail I’ve loved, there’s been some boring canon filler here and there but what any show these days doesn’t have that. If you watch this in either dubbed or subbed, both I have enjoyed watching the series in, that streak of heavy emotion hits the mark in both. Please comment below if you do decide to try Fairy tail out,  I would love to know.

My love for this show will never die and is something I can fall back into easily say when I am 60. lol.

19 thoughts on “3 Reasons To Give Fairy tail A GO”