I am doing a repost response, Karandi from 100wordanime did a post this week about his Top 5 female red heads. He wanted to know from others what are their top 5 choices, so I decided to respond with this post. Who knows if I’ll do indiviual lists for different colored hair characters I mean why not, but this a good push for me to do more list posts. I’ve missed doing them 🙂 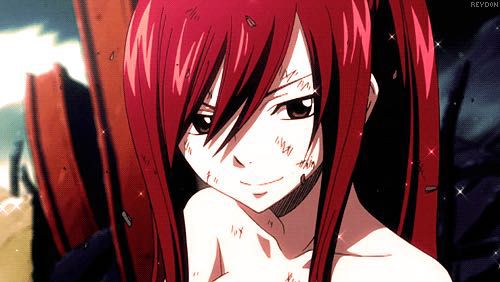 This shouldn’t come as a surprise as people may have seen she’s the wall scroll above my bed. It wasn’t until I got to really know her character, from the Arc of going into her childhood and connection with Jellal. She captivated me with all her justifying quotes, “When life changes to be harder, change yourself to be stronger” this is my favorite and something on a personal life I strive to always do, as I’m not fond of change. You know I haven’t met anyone that has not liked Erza, it would be a hard thing to find. Pure devotion to friends, incredible fighting abilities, humble and caring personality.

My favorite thing ever about Erza is when things have gotten grim for the guild or with Natsu, Lucy or Gray. She comes screaming back with a fiery vengeance, her constant will to always never give up and keep moving forward is something incredible to watch on screen. One of those memorable vengeance moments was during the magic games arc, slaying a 100 monsters on her own, it’s a really moving moment that captures that strong spirit of hers. There is nothing to not love about Erza Scarlet, if someone says she is too righteous, well we can’t be friends.

Shana counts for this list as when she goes Flaming Blazing Eyes Hunter mode despite her real hair color is black. Shana’s fighting strength is nowhere near Erza’s, but she made it onto this list because like Erza for her strong spirit. I started to admire Shana’s character not until the second season, as by then had begun to act more on her emotions. In season one Shana was a bit of a blank slate, not showing much real emotion, Yuiji was one of the main reasons for Shana’s boost in character development. She began to realize her feelings, and act on them more, when she did was like a bursting canon. It’s not until season three Shana I feel finally blooms fully and ha she is one little fire cracker.

Shirayuki had me from episode one, it had been a long time for me to fall fast for a character in the first episode. The end part of that episode, Shirayuki needing no Zen to save her, had me stunned a little and from there just grew to love her a lot. Shirayuki was always so focused on creating her own path and reaching her goals, it’s wonderfully interrelated in the season one of the anime. I feel Shirayuki embodies of how independent woman can be, in the series she would always be determined no matter what came her way. It’s been refreshing for the shoujo genre for a character like her to finally pop out and so glad for it, with so many likable qualities about her. It’s no wonder she made it into my current top 10 favorite female characters.

Ringo is such a little trickster and likes to stir the pot, it’s what I loved most about her character while watching this series. She is a very loyal, caring friend to Ryoko as their friendship can be so amusing in certain scenes, ones I most enjoyed was Ringo teasing Ryoko about Ryoushi. Monica Rial is the voice behind Ringo for the English dub and she’s the reason I ended up loving Ringo so much, she captured her teaser nature really well. Ringo reminds me very much of myself of how jokey I can be, those who have skyped or voice called with me should know that. 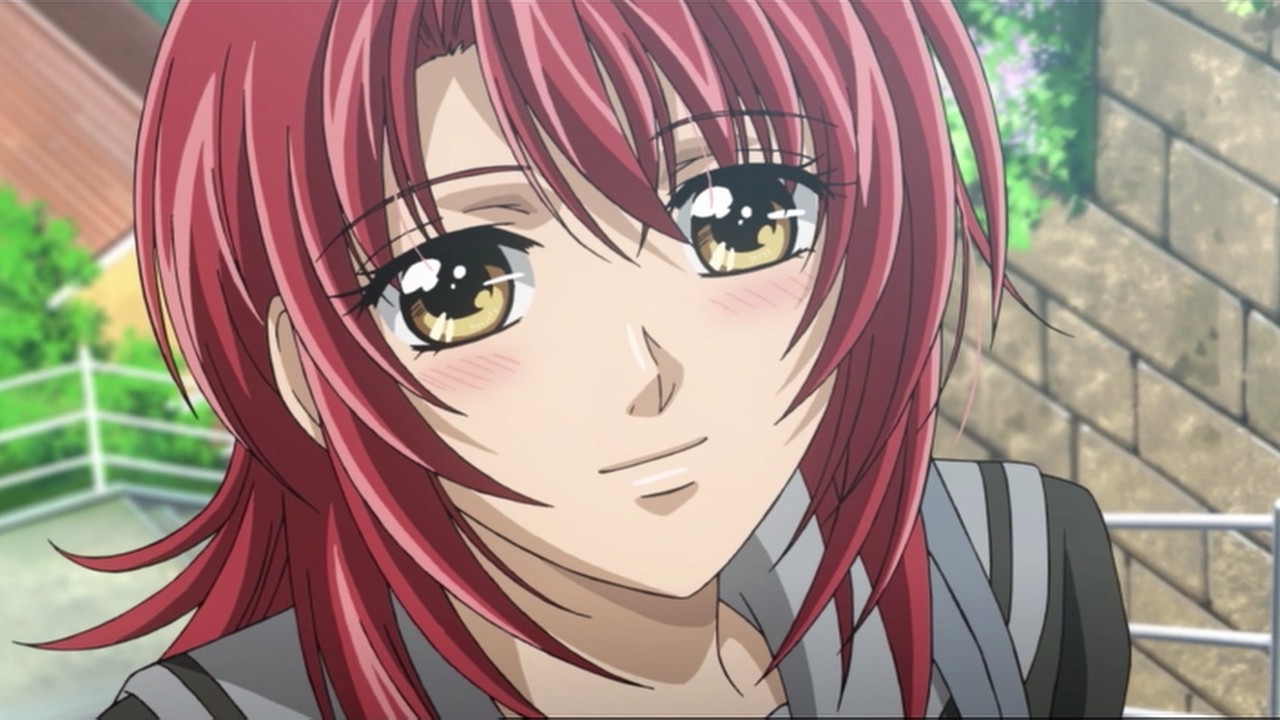 I have a varied shades of red females in this list best shade goes to Kahoko, but that’s not the reason she is on this list. Kahoko in the series felt the guilt of using a magic violin where she had zero knowing of how to actually play the instrument. After being discovered she couldn’t play it is when I started to like her character more of her driving determination to start from the bottom and work her way to learn the violin. In the process found her own love for music and the violin itself, it was heart warming to watch. Kahoko has quite a few hurdles and knock backs thrown her way, which at times made her feel disheartened but I admired her to always keep going. She’s a very lovable, sweet red hair and embodies of discovering new ambitions in your life.

I hope you enjoyed this list, seems always people are surprised by my choices but they are mine. Before anyone questions my list I do love Yoko from Gurren Laagan and Rias from Highschool dxd the choice for this list was hard OKAY !!

Please comment below your favorite red heads and if you want to see more Lita Lists like this one !!