“Will call it Shangri-La”

At first not liking a series you started off watching then end up liking it after all, love hate thing. This is what I experienced as Lita reviews the weird, confusing Shangri-La.

In a dim future where global warming, earth quakes have caused chaos. Japan is divided of people who barely scrape by in the outside over-jungle. Some living a life of now worries in safe haven Atlas. While others hacking to get what they want through the gobal economy market. Dangerous Carbon Dioxide pollutes the air and among those living in that a spirited girl, Kuniko is determined to break through the ruthless government. That will not give her people passage into Atlas the new future of Tokyo, in hopes for a better life for everyone.

Kuniko was a little fire cracker, she knew how to stir the pot. Thoroughly entertaining all the way through the series, All Kuniko wished to do was give everyone a better life and hope, that hope was Atlas. But when she had to face the lies and secrets beneath it all, her determination never wavered. Every tough situation she faced head on, which was something I came to admire greatly about her character. Kuniko’s character was well-developed and easily likable, she was a fun protagonist for this series.

Momoko brought the humor to the most confusing parts of this series for me. Not sure if I should say him or her as Momoko is a Transwoman. Her character was caring, fun and very laid back, nothing ever seem to get to Momoko. Taking everything with a pinch of salt. I fear for others Momoko’s character may be rubbed for the wrong way, but from my point of view this anime needed a character like hers. She was a mother like figure for Kuniko, together the two of them were a funny duo.

Shangri-La started out me not liking it at all the first six episodes in but by the end of it, I actually liked the series. Let me tell you now the plot to the series was not the easiest to follow, it’s not until the end of where everything begins to make sense. Even if when I was really confused the plot was brilliant for this scifi watch. The idea of carbon becoming a global market to try and reduce the amount of Carbon dioxide polluting the air, to me was fascinating. It kept me interested all the way through but some of the plot was not handle well and left quite a few things open ended.

The other characters in the series to me were all average, when trying to add some of their backstories. At times it worked well in the on going plot but other times just was a mess. Kuniko and Momoko were the only stand outs as they had the most personality. Guess I can make an exception for our-so called villian Ryoko (President Of Atlas), her twisted nature brought all the unexpected plot twists. Though half the time I’m cringing in every scene she is in as I couldn’t stand her all together.

Studio Gonzo deserve a lot of praise for the animation work, of creating this scifi world. Jungle infested landscape being caused by Carbon dioxide, Gonzo captured that idea amazingly. I’ve loved Gonzo for their animation work for years now and have to say this is their best by far. I mean look for yourself above at that detail, man don’t get me started talking about the way future Tokyo Atlas was captured, visually stunning.

Shangri-La was a breathe of fresh air. From starting out to not liking this show then to actually liking it, you never know how it will pans out until you’ve seen a whole anime. As much as I liked this anime had quite a few flaws, which really dragged the show down. None the less it was something different than all the “end of the world” plots, I’ve watched in the past. The storyline stuck well to the sci-fi theme and was very interesting. Characters having more personality and not so many open ends this show I feel the show could have turned out so much better. Still if you like the sci-fi genre, having a interesting plot and plain old weird I recommend giving this anime a shot.

I hope you all enjoyed this review of Shangri-La,
Please leave any comments below about this anime or review 😀

I’ll see you all in the next review!! 😀
LitaKino 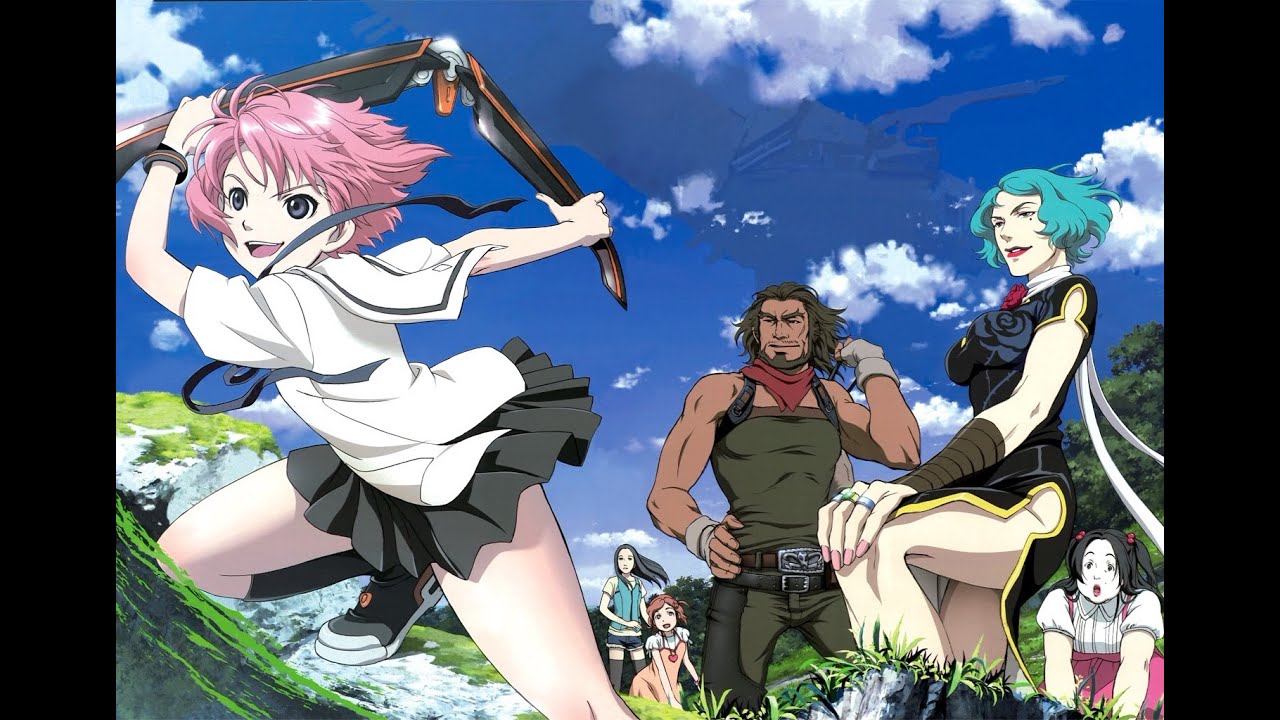