Characters are one of the most important things in a story, series, movies etc, making up the whole of a plot. I dare say there is not one person in this world that doesn’t have a favorite character in whole of the entertainment industry. Characters for people are easy to get attached to, obsess over if they full of personality and are entertaining. Sadly there are just characters out there in anime that are useless and just drag down the shows itself. Useless characters can be really whiny, have the blandest personality, do nothing overly interesting in the show. I could go on the list is quite long, but I am to show you characters in anime’s that I find useless and annoying, that they bring nothing to the anime’s their from.

Claymore was a great watch for me plot was strong, strong-fighting female characters but I have always had two negatives about the series. Here is one of those negatives, Rocky, the most whiniest little weasel that I’ve come across in any show. Having lost everything, his family and home decides to attach himself to Clare the main female protagonist. Claymore would have been so much better without Rocky’s presence, all the time Clare is having to protect him, therefore just slows Clare down. Rocky always came out with these stupid notions “I’ll protect you Clare, I’ll get stronger”. Do you have any idea how unnecessary and annoying it was? Clearly Clare is a thousand times stronger, She’s half yoma and human, do the math son.

I haven’t even said the worst thing about Rocky’s character which would be his English dub voice. Todd Haberkorn voices Rocky in the dubbed version, Todd is one of my favorite voice actors, have nothing against him. But everytime I had to listen to Rocky’s voice it made me cringe, with annoyance, if you decide to watch the dubbed version. You’ll know what I speak of, it’s enough to put off any anime viewer of his character. Even Rocky has a annoying name to go along with his dumb founded personality, Useless, Whiny Rocky. 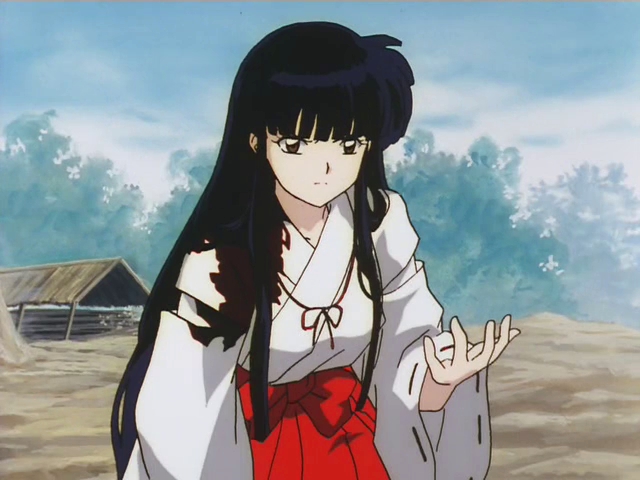 You may or may have not seen this lady appear in another post which you can click here to see. When Kikyo was introduced in Inuyasha, I felt sorry for her, having being a pawn in Naraku’s plan in order to get his hands on the Shikon Jewel. I wouldn’t have known this from the first time of watching this series. Being pinned against her love Inuyasha, cursing him to a tree for 500 years, losing her life, at these points I felt sorry for what she had gone through. That all diminished when she was reincarnated back to life in a porcelain body who was not of the living world, all Kikyo was full of after was revenge and hate. Her character then became useless at that point in the series, this wandering ghost just still hanging out.

Kikyo wanting to take Inuyasha to the underworld with her and trivial, depressive talk about her life became tiresome. Her character for most of the series did nothing interesting to affect the plot, accept this linger infatuation enemy Naraku had for Kikyo. Personality wise was about as entertaining as watching paint dry and her gloomy expression that never changed. The only thing Kikyo’s character was good for in the series was stirring the relationship between Kagome and Inuyasha. Half the time of having to tolerate her frustrating character, she made me feel depressed just looking at her.

It’s guys like Takayuki of reminding me of why dating is all too hard too sometimes, throw in the towel, give up. I’ve mentioned Takayuki before in another post of anime men I’d never date click here for amusement. Mitski and Haraku the two main female characters could have done so much better than this loser. When it came to decisions, Takayuki’s indecisive nature always kicked in and he’d rather pretend not to deal with anything. Go off into a fairyland is where he’ll be most of the time in the anime. Never have I seen displayed such a useless character, going back and forth between two girls who he never deserved.

Rumbling hearts is one of my favorite romances but wish the main lead just wasn’t a sack-of-nothing Takayuki.

If there ever was such a brat personality character I couldn’t stand it is Mina. Dance in the vampire bund was not the most of enjoyable series I have watched. Main female protagonist Mina was like something that was constantly poking me and never stopped, till I could take no more. Being the Queen of the Vampires, rested on her shoulders  of creating a Utopia for her fellow vampires. I was hoping for her character to be somewhat mature even just a little, nope my prediction was correct before watching this anime spoiled – brat-know-it-all.

Mina’s spoiled nature was unbearable at points to stand and what made it worse was when  I watched the show in English dubbed. Monica Rial voiced Mina, for supposedly being something 1000 years old in a child’s body, Monica fitted the profile for Mina’s character but the childish voice made me cringe no end. Mina was just all talk in the show, was not much of a leader for her fellow vampires. Mostly all she ever did anything was sitting in her royal chair and talking big, that was about it. There was the odd battle Mina fought in but mostly her wolf boy was center of attention. Even Mina’s sad backstory was still not enough to make me forget how useless she was a as a leader to her people, was the big factor to me.

For only being involved in two OVA’s was enough to make it here. I don’t care for the fact her husband was assassinated by Kenshin, for Tomoe fully knowing it was Kenshin, from their first meeting. Let’s play the string along Kenshin game, full of good intentions Kenshin, felt sorry for the sucker. With already having the blandest personality as a blank piece of paper, Tomoe just had to prove how useless she was in one moment to me. For falling in love…..WITH HER HUSBAND’S KILLER!! I laughed so much when the scene was about to come on.

At this point I just wanted her character to be no more in the OVA’s, the tale of a broken woman Tomoe I’d had enough of. From watching the OVA’s for the first time to my surprise a certain twist occurs and was relieved a little. With making such a little appearance in these OVA’s her pasty blandest, is the only thing memorable.

Put Up With Yuki (The Future Diary) 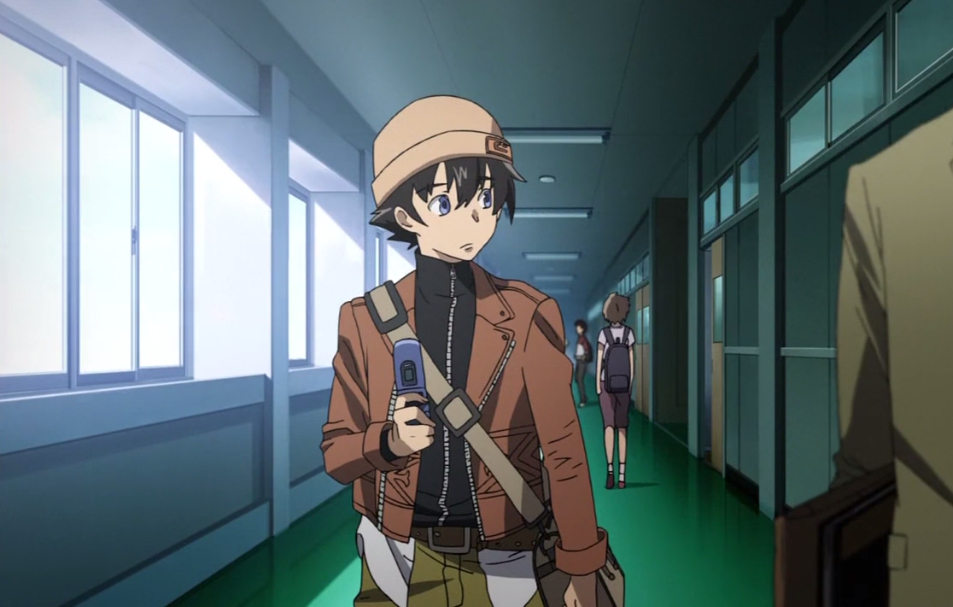 Future Diary was a train wreck of insanity watch for me, One thing I was not excited for was pathetic Yuki, I know the guy was just a victim but everything thrown at him “Yep I’ll go along with it”. That attitude of just going along with it all just irritated me so much about his character especially when it came to Yuno. Yuki was a pure sucker for being played, at least he could have put up a bit more of a fight during the series. He had no guts in the end, was Yano’s play thing from beginning to end.

Yano and and my favorite bomber girl Miene to my surprise in saying, were way more entertaining characters. Yuki was one useless male protagonist and plenty more of them are out there.

All of these characters that are in the list are just my personal choice, doesn’t mean to say I hate them with a burning desire. They are just useless lol

Comment below !!
What useless characters in anime annoy you?

I hope you all enjoyed this amuse of a post, was fun getting to finally write this
There is only many more posts like this I have planned !!!