VALENTINES DAY…
we all love it or hate LOL

As we all know this week is Valentines and I wanted to do two or three posts related along those lines of this love and hated day so it got me thinking it was time to do a sequel to a post I only did about 2 weeks ago. Anime Men Lita Would Never Date  do go read for your amusement but every anime fan out there has many anime crushes when I say everyone I MEAN EVERYONE !! even those who are reading this post now your included. Let’s face it it’s easier to like a fictional character than cope with the battle field of love in real life because in real life it’s a sucky hot mess out there. Here from me to you are some of many anime gorgeous men I would date in a heart beat, and leave me faint hearten knowing they will never exist in this world.

Sit Back. Relax. and prepare to dream with me

I’m about half way through Full Metal Alchemist currently and loving every second of this show, what I was not expecting to do is fall for a hot headed Roy Mustang. With his cheeky, charismatic, smug personality he is not the sort of guy I would likely fall for but I guess Roy beat the punch on that one. It wasn’t from just seeing of what happened in his past to seeing of how he got to in his high ranking army position that made me like his character, that was just part of it. I feel Roy is someone that you can count on despite of how at times he acts, underneath it all he is always thinking of others around him. I could tell that from his friendship with Hughes, from the outside may seem like he is annoyed with Hughes all the time but deep down their is a deep bromance between the two. I know I could put up with his arrogance and cheeky nature, of him being in his army position he would be busy a lot. From a personal perspective I would be use to only seeing him of when he was free very easily so dating an officer would be interesting, Did I mention the hotness is a plus 😉

Is a hot officer your calling? Dam certainly is mine

Firstly. Let me just get this out ATTENTION SEEKING ROMANTIC NANA HOW DARE OF YOU HURT THIS POOR SOUL ~!!

Sorry that is one frustration I have from the anime but next on my list is Guitarist sweetie Nobu. I didn’t end up liking Nobu’s character till later in the anime as I wanted to see more of personality and he took me to my happy place instantly. Definitely my sort of choice of someone to date, Nobu is a genuine guy hard not to see in the anime but very non judgmental of anything which is what I loved most about him. He has such a gentle soul, would be loyal and just really loving….thinking about the idea of dating him does send butterflies in my tummy. It gut wrenched me watching of what happened to him in the anime, it made me cry and teared my heart out fully, I just wanted to hug him there and then, to do that to such a gentle soul. That non judgmental nature of his swept me away and feel he would accept you no matter what, can’t explain with his character but he just does. I would love for him to get him to teach me the guitar simply because during the anime made me so curious of his love for music, makes me want to find out. Such a gentle, sweet soul I WANT NOBU RIGHT NOW !!!!

To not date this Gentle Soul Nobu would be a CRIME.

Me and Fujiinsei just ughh crave him so much so she’ll be happy to see the gorgeous Natsume on here. I’ll be honest even in real life I have a thing for ginger’s and was love at first sight pretty much, I thought it would be a crime to add him on my list. Due to when watching this anime I thought he was 30 but looked it up…. he’s only 24…. wehee I am in the good books again. Natsume was the more level headed out of all his brothers, I don’t feel it was because of his age alone, he always seems to know the right thing to say that is what made me drawn to him. Of course firstly the gingerness and bod bod really did it, god I could just see myself dating him he is somewhat a nerd himself as in the anime he is the CEO of a gaming company. Oh god he is ticks all the right boxes for me but it’s that level headness, caring personality that had be wrapped around his little finger, one habit he has though he smokes. Admittedly I hate people who smoke but for Natsume I think I can overlook that minor issue other than that WHEN CAN YOU BE MINE !!

This choice has always been there from the first moment I fell in love with one of the shortest anime’s I know out there, was enough for me to be captured by Lord/King wannabe Munto. I have talked about this series a fair bit on this blog as it’s a series for the last five obsessed years that can’t seem to let go of, to be by king Munto’s side would be a fairy tale bliss for me. Despite him being ungodly sexy, loyalty is something I feel wouldn’t be a worry for me, everything he does is for his people and kingdom like any king would. He’s a wannabe king still learning the ropes as his parents left the picture early, wishing that his anime has been longer is something that won’t come to pass. More major character development I felt was in need for Munto but in those nine episodes was convinced enough, indeed a genuine catch he was. Going from earth, him flying me up to his kingdom the heavens for dates in that roman picturesque landscape, ughh god can’t put into words how many times I have dreamed about that. Dating a wannabe king, at times he may become braty and rash but it’s easy to tame them down a bit and watch them grow into a force to be feared.

Having two places to go on dates his floating roman kingdom and earth = BONUS !!! 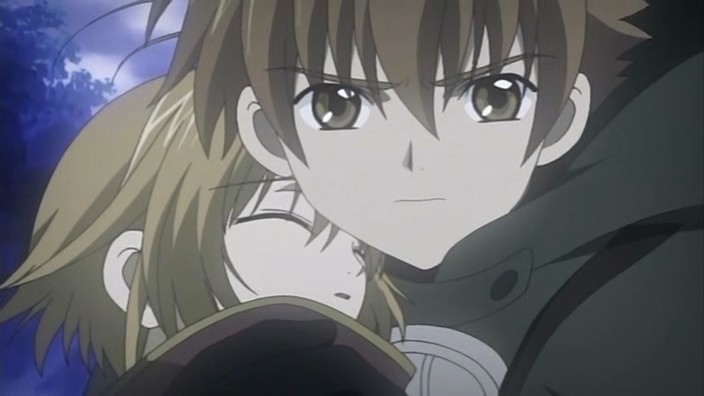 Now I am not creep for this next choice as he is a different person in a way from the younger him in Card captors that is sweet Syaoran. I’m a full shipper of Sakura and Syaoran that will never change, couldn’t come between these two gentle people but one  thing I cannot deny is Syaoran would be such a sweetie to date. Maybe once he get’s over Sakura or she moves on others may have a chance, the plan of: grief comfort ATTACK. I’ll comfort him telling him Sakura is a dummy for not wanting to be with you and then…POUNCE. !! But seriously in Syaoran’s character that loyalty beams out during the whole anime and that is what I was attracted to it, Yes fairly obvious but also that selflessness he has. I’ll never forget the scene he was willing to sacrifice his memories with Sakura, the whole scene had me crying rain drops UGHHH god I don’t want to think about it now !!! Syaoran is one of the most loyalist characters I’ve seen in anime and for that reason he would never let you down and just cherish you no matter what the cost.

the hotness is real!!
Do you feel it now?

Well my duckies here are only five choices of anime hotties I would date stay tuned as I intend to do a part two if people wish to with a more interesting batch of fresh meat I secretly desire more. Let me know if you wish for me to write this post and I will do so, more wrenched romance related posts will appear over this week about 2 or three more including a special top ten list. Ooo yes a new list which I feel is a most anticipated one people have been waiting for me to do so look forward to that my duckies, ALL THE LOVE SPILLS THIS WEEK !!

Please comment below your anime hotties you would date and will have a hot mess discussion down below !!!