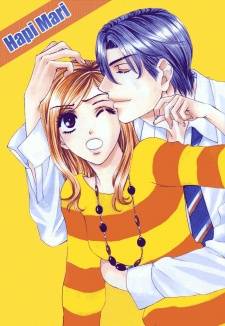 “Because Your My Wife”

It has been a while since I did a review as I welcome you to “Sunday’s With Lita”where every second week or every week if I have time I review a manga or anime but you never know what I’m going to be reviewing. Lately I have been reading a lot more manga over the past month, I’ve been reading one in particular before I went to sleep and you might know the genre. *cough* Romance *cough* one (why do I always). Reading manga before bed for me is the best thing this one has been a most enjoyable read for as Lita reviews the smutty, cute Happy Marriage. 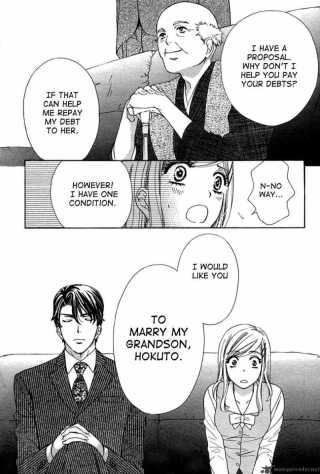 23 year old Chiwa Takanashi works for the Mamiya company in order to pay off her father debts. Chiwa most of her life has not had much experience with men when she ends up insulting the company’s president Hokuto while working as a part time hostess. Ending in her getting fired, out of nowhere the chairman of the Mamiya company decides to pay off her fathers debt only if she marries Hokuto his grandson. Where could all of this lead to hey?

Nothing wrong with some Josei manga and Hapi Mari was a complete random read for me, the plot sounded amusing of the conditions of the marriage and surprisingly enjoyed this manga a lot.

Hapi Mari brought it’s own flare of comedy to comprise of all the smut involved, it was really well balanced and made this read much more enjoyable. In the beginning it’s all not daisies and roses you really get to see the relationship grow between our two main characters Chiwa and Hokuto. Let’s put this bluntly Hokuto is a cold hearted stiff and Chiwa a whiny, cry baby, overbearing girl in the beginning, I feel the plot could put people off as there are many manga’s involving rich guys and marriage. But a few unexpected things happen in the plot that made me want to read it more. Hapi Mari lives up to the plot expectation but there is a clear plot to follow easily and very entertaining two protagonists that make the manga stand out a bit more than other Josei series. 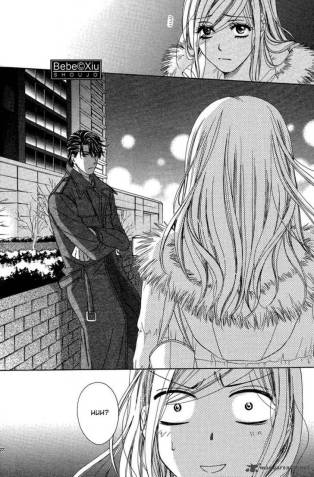 Hokuto’s character for under my skin quite easily as he is a typical character in anime or manga mr cold hearted then turns into cuddly bear in the end. Learning his backstory of made me feel sorry for him a little but really not that much. Chiwa in my opinion was the perfect medicine for this cold twisted jerk, I loved her character minus all the crying. Her personality could be so whiny at points in the manga but very caring female personality she has. Chiwa always kept Hokuto in line and  the manga scenes together when arguing were quite funny. Very amusing atmosphere the manga brought as I read each time and in the end got really roped in the story, was entranced each night before bed to read a bit. 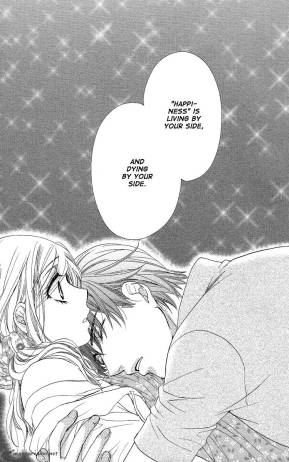 Chiwa’s and Hokuto relationship together through their marriage was nice to see each step they took together as a couple, of course I thought in the end they were quite cute together. I felt the story did well on the traits of anything you will do for the person you love no matter how they are. In Chiwa’s she put up with way too much if you ask me, if it was me I would have give Hokuto a ass whooping big time. Scenes between Chiwa and Hokuto could become quite full on and I really felt that.  The art style to the manga added to that effect  the heavy and romantic scenes, A beautiful atmosphere was created me as the reader could feel that. I didn’t really dislike anything about this manga series, for me it had everything I expected it to have for it’s genre but kept me entertained with the plot.

Hapi Mari was a pleasurably read for me but I enjoyed it a lot. Definitely a series I could reread anytime and not feel bored with it, As I said it did well with the Josei, smut elemental in it. Balanced with all the romance and was a easy, clear plot to follow which I don’t think some Josei manga’s I have read in the past, this manga was a first probably why it was enjoyable. As a romance fan I have nothing bad to say about this manga, minus some repetitive  scenes go on this is for any romance’s fanatic’s cup of tea. I’ll say one thing about this series has not put me off the idea of not wanting to get married but I suppose you don’t know what the future lies. I would recommend reading this before you go to bed, this manga put me in a positive mood when I went to sleep and fixed my romance fix.

Hope you enjoyed my thoughts on this manga  !!!

I’ll see you in the next review 😀
LitaKino 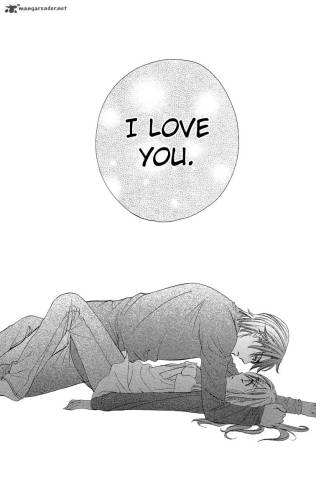