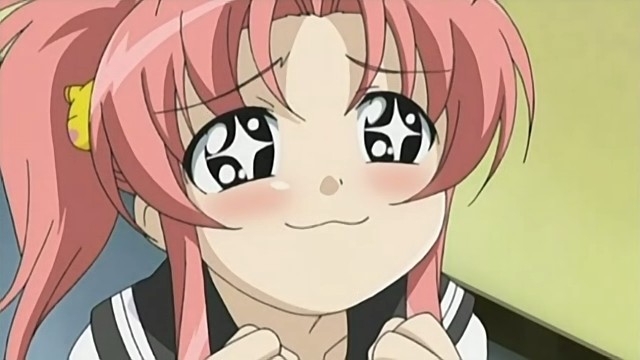 Hope your all well and as usual limited time for me to blog and somehow posts from me still happen during the week so that’s a bonus for you guys. I felt like doing a discussion as it’s been a while for this one I was inspired by The Anime Analyst’s discussion on the topic the Anime Hype click here to read his post.

NOW !! I am sure all of this in the following image up top we have all looked like that including me, where we have been so hyped over anything but feeling these days when it comes to anime is blown out of proportion. I felt like expressing and discussing my thoughts on this particular topic as in some cases it can be a crying shame.

Attack on Titan who doesn’t know this show by now? This anime that aired in 2013 is a clear example as one of the most hyped anime’s I’ve ever seen get the attention. I myself just recently seen the first half of this series because I was influenced by fellow friends and youtubers to finally check it out so… did it live up to the hype they scream at me about so far? well in my opinion so far yes I am thoroughly enjoying this show and are glad finally I watched it. People forget that the hype doesn’t come from the show it’s the community, the people they define the hype a certain anime will get like Attack On Titan, Sword art online, Naruto etc. It’s like the show Kill la la when first aired wasn’t asking for a massive hype somehow it got it from people, a lot of people would have enjoyed the show a lot from the view of comedy and silliness it brings, though I still have yet to see it.

Don’t ask me how these shows get the hype they do? because I have no clue all comes to down to people. It’s not just anime’s it’s also manga, heck it’s anything but souly I am discussing to do with hype within the anime community. Anime hype I find is most contagious to new anime watchers who just get warped into watching tokyo ghoul, sword art online, attack on titan then they sometimes don’t want to bother with other shows…. that’s sad really. I don’t think there is anything wrong with hype-ness heck get excited !!!! but it can really backlash at times and becomes this huge influence on anime fans and anime shows itself. I’ve seen it that new anime watchers don’t want to bother with older shows and not saying all people are like that, I’ve seen it all over the web.

Ha what am I saying Over hype over certain anime shows or manga’s are worst than normal hype people spread about saying “it’s the most amazing anime ever just go watch it you’ll see” I’ve been fed that line many times but not on many of those occasions have I listened because it just irritates me sometimes. How about? you let me watch it first and I’ll tell you if I think it’s the most amazing thing, seems a logic thing to do. This is obvious to say but don’t let the influence of anime hype put you off checking out a series, you be the judge.

Yep not going to escape but be your own judge of a show or manga my advice, it’s simple yes. But with so many influences everywhere it is hard to do this. If anyone knows like any of the shows I review like Please Twins for example is an old series to new anime watchers it’s a series that can just be overlooked so easily. I feel the saying “Never judge a book by it’s cover” comes into play here if you agree, because I do. I’ll be honest at times I have been off put by over hype people just become absorbed and want to start an argument of “why someone didn’t like the show”, there the one’s who become influences it’s like a disease that spreads. Of what I have been saying none of this is uncommon but when it comes to anime for me and the how over hype gets I can’t hold back my opinion, older series need just as much recognition as newer anime series.

After talking about this it makes me completely agree for anime reviewers or youtubers to exist with this kind of influence going on in our anime community. Thumbs up to that !!

Comment below your thoughts on the issue Anime Hype ^^
Do you feel certain shows get overlooked?
Are new anime watchers so easily influenced?

Thanks for tuning in to another discussion, this could have turned into a long essay but boredom would have sunk in after the first 500 words. Hope you enjoyed this read though !!