Everybody knows next month is the grandest of all occasions Halloween but for where I live it’s not celebrated a huge deal like for America which I do wish to spend a Halloween there one of these days. I have never been excited for this festive season since I was 10 years old until this year and by doing youtube and this blog it has given me a grand idea/inspiration.

Firstly I would like out of respect and some people do forget that the Halloween we all know is really for the fun for kids, dressing up costumes and trick or treating. People forget the history behind this holiday as really it is called All Hallow’s eve but in other countries this festive time means many different things. One of the origins of this holiday is from an ancient celtic festival known as Samhain, this festival involved pagans stocking up for the cold winter months. It was believed the land of the living and dead would overlap, people would rise up and cause havoc, the pagans dressed up in costumes to appease evil spirits. Now Halloween is a huge cultural event commercialized worldwide and no stopping that really, I just wanted to out of respect give everyone a piece of history behind this holiday.

Lita is happy to announce for the whole month of October is going to be all about zombies, ghosts, witches, vampires you know it people !!  This idea I had been planning for over the last month so Lita is all prepared and  it’s going to be lots of fun.  Every week I will be reviewing an anime or manga along the lines of Supernatural/Horror/Ghostly etc so for my readers and blogger friends to be apart of this is click the link below which take you to my poll.

My choices are very all different and only anime’s I have seen so if your wondering for the certain choices you know why. You can vote more than once but not click every answer obviously the voting will end next Saturday the three with the most votes I will review 😀

During this month I will be checking out some anime’s I have picked out to buy also if I have time I will review them. The following anime’s I have wanted to check out for the longest time so this is personal for me and would be nice to add some more creepiness to my collection 🙂 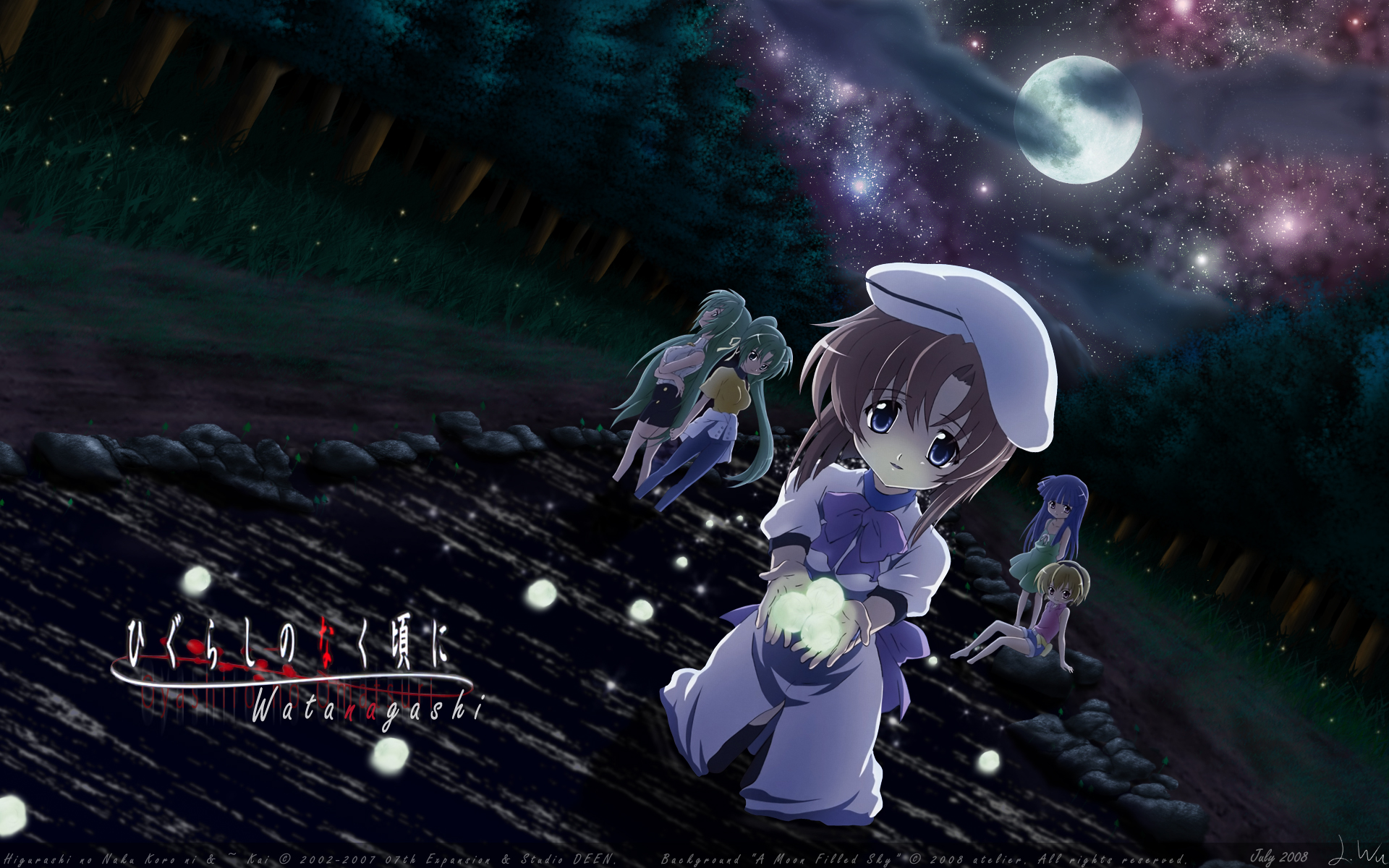 Higurashi When They Cry

Really attack on titan? Well it’s people get eaten by giant titan things and not one of the most happiest anime’s so it’s perfect. I currently have the first collection I will be getting the second collection next week so then I can marathon the hell out of this. Been a long time coming to finally watch this god damn series Lita is ranking up lol

I feel this series is overlooked a lot by just seeing how much attention it doesn’t really get so I really want to check it out. all I know about this anime is very much on the basis on ghosts and supernatural, these three boys have gone through traumatic experiences in their childhood. They all live on this remote island known for it’s strange occurrences and they decide to investigate them, sounds enough to convince me to pick up this interesting series.

Dance In The Vampire Bund

From a discussion with OG Man who is behind the blog Yuri Nation it convinced me to pick up this anime for October as well as they spoke quite highly of it. Plus it had been on my list again for the longest time (like many others) it doesn’t seem it will be the next Shiki but I still am looking forward to it a lot.

I hope everyone is excited now as I will be more active during October, I won’t just be reviewing anime but discussions, top lists will be happening also so get ready for a spooky month.

Feel free to comment below any supernautral/horror/ghostly anime or manga I should be adding to my list and checking out because I felt this was a good opportunity for that. Please feel free to follow me on my Youtube as I will be doing Halloween related things on their too. 😀

So don’t forget to vote on my poll ends next Saturday 3rd October !!