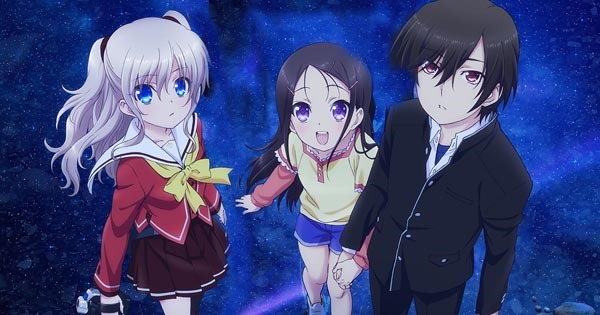 Supernatural powers at it’s best
You should be watching this show too !!!

In this world there is a small percentage of children who end up with supernatural powers when they hit puberty , Crafty Yu Otosaka has the ability to temporarily possess others. Getting what he wants was a never a problem for him until he is caught red handed by a strange girl Nao. Who also like him has a supernatural power, Immediately Yu along with his sister are forced to transfer to Hoshinoumi Academy where he must be apart of the student council. To help others with supernatural abilities just like themselves. 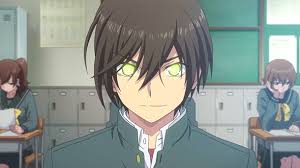 Hands down best first episode yet this summer season !!!! I have enjoyed a lot so far. I wasn’t sure what to expect from this mysterious named anime Charlotte, I am still pondering as to why it is called that maybe will find out at some point. It was a very entertaining first episode and spoke out instantly of what the plot was about.

This anime didn’t disappoint me on high expectations it delivered brilliantly,
Were going to get a lot of supernatural goodness from this anime and I am really into it already. Yu’s character instantly drew me in he’s a cocky thing isn’t he, but I love how his character he kinda reminds me of Lelouch from Code Geass. Does anybody else think that at all or is it just Lita? We found out already Mr Yu loves to use his power to his advantage and get anything he wants… Yep I’m liking this a lot.

I like Yu’s ability I think it’s really cool and suits his character, I can’t wait to see what happens with him in this anime hehe. Let’s see if he can go from being a complete ass to an actual human being who can care about others instead of using them? 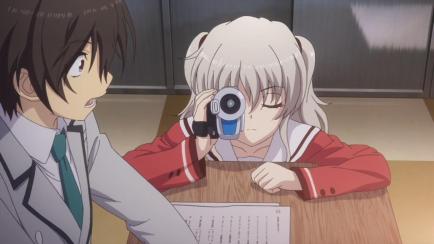 Nao I love her as well, I think her ability to be able to disappear only in front of one person at a time is awesome. She’s going to be interesting but I hope she doesn’t always have the camera with her. She peeked my interest as soon as she caught out Yu, this scene did make me laugh a lot. Yu and Nao are quite interesting characters when put together so can’t wait to see more scenes of them. I know mostly we saw in this first episode a lot of Yu’s character but I’m sure will see more of Nao because she’s got a past…. I can tell.

For the record Yu’s sister is a freaking cutie I love her !! ❤

Everyone has these awesome, unique powers and I think that brings a real great, intriguing element to this anime itself. Which is why I feel this show will draw in a lot of viewers 😀

Charlotte this summer season is definitively going to be worth the watch already. I have nothing terrible to say about it, the animation is just beautiful, great introduction to the first episode, interesting characters, the supernautral feels and I can’t wait to see what happens in this anime !!

More first impressions are on there way my followers!!!