Time to go back to Lita’s Childhood 😀
This review will be very special for me as this anime was the first I ever watched officially and is by one of my favorite producers of anime Clamp. This series I feel is very underrated and unrecognisable so I am here to peak your interest as Lita reviews the fun, loving Angelic Layer.

Our story is all focused on 12 year old Misaka Suzuhara a middle schooler who comes from a small town. She moves to the big city of Tokyo to live with her Aunt Shoko. Upon arriving in Tokyo she is captivated by something on a massive TV screen, of what it looks like to be these dolls battling each other. Miskai is completely taken in by the winning angel of the battle which is know as “Athena the white angel “.It is then Misaka learns of the sport called Angelic layer where you are able to create/custom make your own “Angel” they are called and are able to battle against other angels on a platform called the Layer. Misaka is instantly fascinated but she is then approached by a strange man in a lab coat called Icchan, He encourages Misaka to buy her own angel and from there begins her in the sport known as Angelic layer.

Colorful, bright and so vibrant the animation is in angelic layer, It just really pops out at you from the first episode which why this anime is my top list for best animation. Both combined with the animation and music it creates a really happy, cheerful atmosphere and makes you feel intriuged of what this anime is about, it’s the feeling I got when I first found out about angelic layer.

I love the ending theme song to this series It’s called “Starry Sky”, it’s a really beautiful song and I just love listening to it. The opening song is still good too again makes the anime give off this happy, cheerful atmosphere about it. ❤

Fun fact before I go into my thoughts my parents actually went to the anime store and bought me this anime because at the time I wanted it for my birthday. I just laughed because I never thought they would set foot in that place and imaging them trying to remember the name of the anime I wanted. It’s too funny…… Firstly I must say *claps hands* thankyou clamp for creating such a beautiful, magical anime that I adore to death ❤

So…your probably asking yourself at this point what is so good about a show that involves others battling each other with dolls known as “Angels”?

Oh believe me I was asking myself that same question, being the first anime to watch other than sailor moon I was not all excited at first. It all became clear after seeing the whole series, even now having watched it over more than 7 times or wait….might be more times I watched it can’t remember haha lol. It is a truly beautiful anime for all ages to be able to enjoy.

The plot of this anime it is one of my favorites ever I just don’t see how it can not interest noone people battling each other with dolls or maybe Lita is just mad? Engaging, different and exciting is what I think of the plot and I was not left disappointed, throughout the whole anime the way it was brought to life was magical to me. The idea of people being able to control these dolls with power of there brain waves and reach new heights with the imagination is really fascinating and I remember reading about this and was so instantly excited.

You can look at these dolls and think there is not much to them at all…?

But when they come to life on layer the battles are really entertaining to watch. There is plenty of action in angelic layer which doesn’t leave you bore even with drama happening between characters. You may feel like your mad a bit finding it entertaining of these dolls battling but trust me your not Lita can make up for the madness for liking this anime so much. Misaki’s angel Hikaru she names her I love her she is just so awesome to watch battle minding I do forget these dolls are being controlled but you feel like they are alive, I just believe they are alive in the end why not?

It get’s my feels going before anyone battles they have to do a intro for their angel I love Misaki’s one “Angel wings please guide me and Hikaru”….yeh it may sound cheesy to you but it’s so precious to watch full of, glitz and glamour. 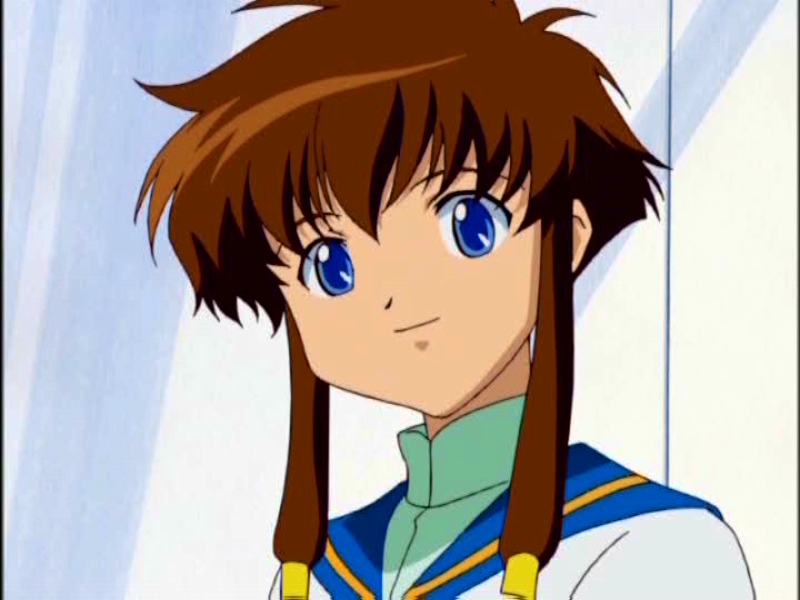 Misaki I guarantee you may feel a soft spot for her in the series, she does end up competing in what is called the angelic layer games and watching her journey through that I loved it. Some people may find her to be annoying and too bland a character but I am totally disagreeing with that, I find her to be such a strong character and feel her character was developed really well. With everything that is thrown her way her undying will to never give up really made me root for her to the point where I was screaming at the TV screen for to win the battle…..

It does seem I may appear to get emotionally attached to one character in each anime I have ever watched, which is true. I can’t help it just shows how much anime means to me. To the point you end up like a blubber mess like above and that is what Miskai did to me. In the last few episodes of the anime where some of the hard drama occurs involving her I was flooding rivers >.<, Angelic layer yes does come with some drama between relationships with some of the characters but it’s not the heavy kind like you would get in say Clannad. 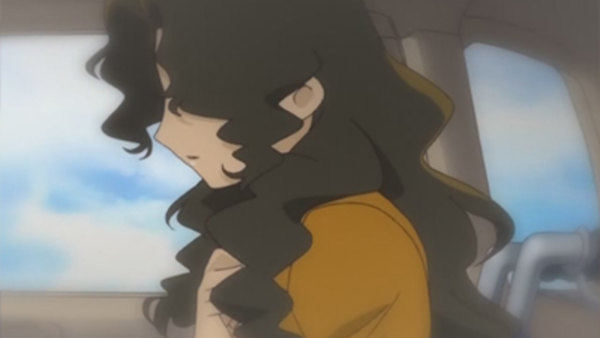 Most of the drama comes from Misaki’s relationship with her mother which at times her mother Shuka just annoys the crap out of me I have to admit. It made me feel so sorry for Miaski with all the excuses she made which were ridiculous but Lita is not going to reveal more on this part, I just wanted to say that this did frustrate me at times. Non the less doesn’t make me love this anime any less. There are many other character in this series that make what angelic layer it is I can think of a certain individual round about now who is a quack.

I mentioned him earlier Icchan will call him for now, he is my second favorite character in this anime he’s hilarious and brings some of the light comedy to this anime. I love Icchan he is a real laid back character and He is always helping Misaki out when it comes to angelic layer and there is a reason for that but again Lita is not going to reveal anything, though he does play a important role in the anime. My highlights I can recall of Icchan is where he is torturing his poor assistant Ogata where he gets a penalty if Ogata does something wrong scenes like this:

I couldn’t leave out Misaki’s two best friend Kotaro and Tamayo. Kotaro and Tamayo are childhood friends and the scenes are hilarious where Tamayo gets a new wrestling move idea Kotaro is the perfect victim. You may have noticed Tamayo is very tom boy but I love that about her. Kotaro I feel his character could have been developed a bit more I do find him to be a bit bland and wimp in the anime. But the friendship they form with Miaski is really cute and they are very supportive to her every step of the way.

Don’t be fooled by this cute face Kotaro’s sister character kinda surprised me little selfish brat she is indeed. There at times she is cute but she can be a bit forth right when it comes to her friendship with Misaki. Then you

find out she’s only 5 years old and is this sport prodigy, Her voice in the english dub is a little weird to me still is today, It’s so quiet like a mouse you may find if you decide to watch the anime. But I don’t know if that is just me ?

Another character I was fond of was Ringo one of the contenders in the games. She’s just fun and can be very full on at times but I love her out going, loud character.

and Icchan’s character were mostly developed well throughout the course of the anime and that really stood out for me. Both the plot and the characters just for me meld so well together and just make this anime what it is, which I don’t admit that often about an anime whole heartly.

One main theme I love of what this anime represents is friendship and the belief to never give up, through Miskai’s character I believe that is shown through her. As she makes new friends and competes in the angelic layer games, it’s really beautiful to watch and makes you feel good 🙂

I feel this anime is not well known anime and very underrated because Angelic layer is just this magical anime that you can’t help fall in love with some of the characters and what the anime is about. so you may end up like this:

Angelic layer has a intriguing, unique plot, loveable characters, give you feels everywhere and magical is how I would describe this anime. Everytime I watch it I experience the same feels as I once did when I first watched it, It’s just such a fun watch and safe for younger audiences as well. I would totally recommend this as a first introduction anime to those who have never seen anime or may want to start watching anime.

There was a great balance of comedy, drama and engaging action in this anime and I feel would keep anyone interested to those who think this show may not look like much. My review is only my own personal opinion on how much I love this anime and I hope it may peak your interest to watch it.

There is a english dub I love the dub but again it’s down to your preference if you watch it in either dub or sub. In my opinion both are good.

Comment below any thoughts you have about my review