This week I finally got around to catching up with fafner but have still to watch up till episode 7 the latest that is out.
I just wanted to talk about anyway this two episodes anyway 🙂 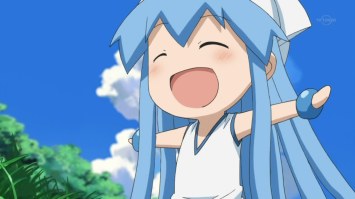 Sooooo Episodes 4 and 5 were a little slow for me hoping much more action occurs in the next few epsiodes. From what I could tell was happening so far is these three Mimika, Reo and Sui:

They are the next generation of fafner pilots to defend the island from the enemy festum.
I will say that I think the plot of this anime is a little twisted as we watch the children of the island go into battle and the adults lay back from behind the scenes. There are many animes with a similar plot but I am emotionally attached to this anime a lot so I feel sorry for these children.

I just found episode 4 sad to watch as the parents of these children are told their child has been chosen to go into battle. One of these children’s the boy in the middle Reo his sister sacrifice herself in battle from the first series and I was like NOOOOOO NOT HIM !!!

As much as it was sad to see this happen I thought they made a pretty good team in when watching them in episode 5. I have this bad feeling though that something bad is going to happen I can just feel it >.<

I still have this sneaking suspicion that we will get to see Kazuki in action again as the core of the island appeared before him asking him “How can you save this world”?

We also see that Maya and another one of the old fafner pilots they go to join the human forces for a while so something maybe be alluring there you never know.
I felt kind of on the edge of my seat when watching the battle in episode five as the festum enemy taticis were beginning to change they nearly got through the islands eighth shield it is still unclear as to what these creatures want.