“My Heart Is Safely With Me”

Woohooo anime review time !!!
Been a while since I did one I decided to review one of the most beloved anime series that means a lot to me. ❤ This anime is not very well known and hopefully with this review may receive more love ❤
Let’s get into it haha !! 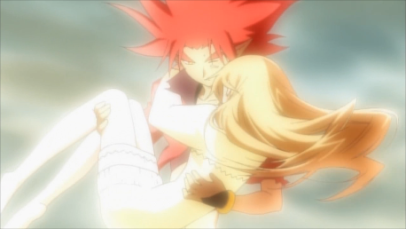 Munto was produced by Kyoto Animation. This is a two Ova series first Ova was made in 2003 and the second in 2005 which was a sequel Munto 2 : Beyond the walls of time. Later in 2009 was made into a nine episode series as a continuation of the original two OVA’s with new footage and scenes in.
( I hope this makes sense to people >.<)

(Sooo I tried to explain the plot as best as I could for everyone let me know if it still confuses you >.<)

In the past earth was a peaceful planet it was until unknown beings that fell from the skies harnessed a power known as Akuto (known as human emotions). which means feelings, wishes or dreams could be turned into a psychical power or object. They

were ruthless beings who obsessed over the power of Akuto, destroyed earth and humans within days. In doing so they did not realize it was the humans who created the power Akuto and they had now destroyed that power. From then on the beings went from universe to universe trying to draw out more of the akuto power and eventually created their own empire known as “the heavens”.

But overtime the beings grew to absorbed in the power of unlimited Akuto leading to the collapse of the heavens gradually. The humans made a counter attack the same group of humans who were first defeated when the beings first appeared. Instead of the heavenly beings being destroyed they created a dimension and sealed themselves cutting the flow link of Akuto. Now the day known as “calamitous day” is when contact was lost between both worlds.

I’ve been obsessed with anime for a good 4 or 5 years now and I still ask myself why I love it so much? I still don’t know the answer to that question I just do. Many people would have never had heard of this anime because it’s that unknown, my intention is to make it somewhat known. I think this anime can be underestimated as the tv series is short but I believe this anime is really special in it’s own way.

Nyaaaaaa 🐱
The music to this anime is sooooo calming and angelic.
I love the opening theme to Munto it’s just soo cute and I love listening to this anime’s music so much ❤
It puts me at peace in a strange way have a listen XD

Kyoto animation are one of my favorite anime creators and I have always adored their animation style my favorite has to be from Munto. 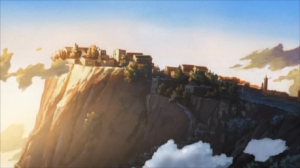 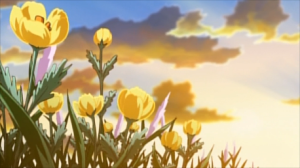 It’s just breathtaking their work seriously. The scenes you see of the magical kingdom and the heavens they have amazingly protrayed the magic of the place and serenity. ❤
Throughout this anime I felt like and wanted to be just their which I’ve never felt like that about an anime before.

One of our main characters Lord Munto he is the king of the heavens. you may have seen me say he is my favorite male character ever which is still true. He always puts his people and kingdom first before himself and never stops fighting. I love his stubborn nature that shows in some scenes with Yumemi it’s really funny to watch. You will think after watching his character girl he is a sexy thang because he is. 😉 I love all his outfits in the anime they just look so dam good on him.

The graceful, mother like prophetess who is like Munto’s superviser. I love her character so much I find her so regal like a queen even thought she doesn’t act like it. Ryuely has the gift of foresight and part of the anime she gives up her eyesight to aid Munto in his journey to restore the power of Akuto. She is always so calm, collected and compassionate I love those things a lot about her ❤ 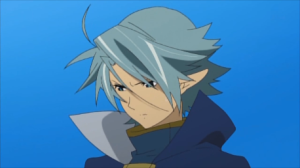 Best way to describe Rui is Munto’s second in command officer I guess you could say. I think he is just a really cool character and always aiding Munto when it comes to war. He has a very stern, proper personality.

Man I love Gass his character is just awesome all round. He is known as the guardian of time, his race of people have been passed down this role for a long ass time and he is always aiding Munto in anyway possible. He is also known as the outsider as he is not suppose to converse with events that unfold in the anime but he does anyway. He is just a badass all round and you will love him ❤ I love the whole markings that light up when he is about to go into battle it looks so cool 🙂

I love Ichiko and Suzume I think they are adorable. They are Yumemi’s two best friends in the anime and I love watching them all together they are just so beautiful to watch. Ichiko is very tom boyish girl and has a very stubborn side to her. I kinda felt her to be a bit possessive of Yumemi’s in the anime x.x. Suzume is just an innocent cutie all round, she adds some sweet natured personality to the anime. He is always looking on the positive side of things no matter what, that is probably what I love most about her ❤

It’s kinda sad in the anime only get to see a bit of him but he is Suzume’s boyfriend and he is older than her x.x
As Suzume is not that old haha. Suzume and Kazuya I think are just adorable together ❤ 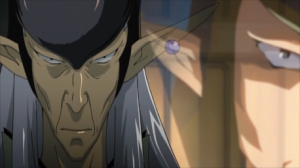 He is just a meanie, he is the commander of the united armies (other surrounding kingdoms). He also serves the seven heads the leaders that want to crush the magical kingdom.  All he craves for is power and does everything he can to stop Munto.

In the beginning she was the enemy but she then comes onto Munto’s side I think she is amazing wish she had more screen time though. You don’t get to see much of her personality which is a tad disappointing.

You will always see her with Gass all the time. She deeply cares and has a lot of respect for Gass, she is just soo cute and I have always loved her outfit ❤ 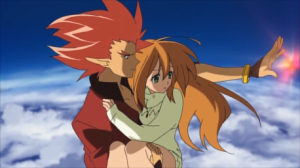 Nyaaaaa Yumemi and Munto ❤
They are one of my OTP pairings. It is soo adorable to watch them as their relatonship grows, they have so many cute scenes together but a lass wish the anime had been longer for their relationship to blossom even more ❤ x.x That annoys me still to this day.

Yussss all the characters just bring gives this anime the magic 😀
Interesting fact people might find interesting is last year I met the two people at two different cons who were the main english dub voices for Munto and Yumemi. Sean Schemmel (famous for the voice of goku from dragonballz) and Veronica Taylor (famous for the voice of Ash from pokemon). It was an amazing experience to meet them both and noone would have not known this haha ❤

Fav Character Of The Series 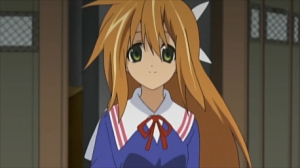 This is not a hard one for me to answer Yumemi from start to finish was my favorite. One beautiful thing to watch was her character grow throughout the anime and her strong will to face her demons. She reminds me of myself in so many ways which it was really easy for me to connect with her character a lot ❤ I guarantee other people will love her character a lot. One of my favorite quotes by her towards the end of the anime she says to Munto “My heart is safely with me”. When she says that means she now has complete faith in herself. 🙂

This is one of my favorite animes how can I rate it less. I really need to give a rating system lol
This anime is just beautiful all round and deserves more love in my opinion. It really shows the meaning of believing in yourself which I felt was conveyed brilliantly.
It’s just a nice series to watch that is different from all the rest. Munto I believe is a very unique anime in it’s own way 🙂
Few things I’ll say though I do wish this anime was longer my god would have been so good. That has always frustrated me x.x because you don’t get to see some of the characters develop or see their personalities. For ages now their has been a rumor floating around of a Munto movie 3 but I don’t think it will ever me made sadly 😦
I hope people give this anime a chance 😀

Another interesting fact or two haha lol
I wanted this anime to be known more I made a facebook page for it. Also there is a tumblr my Munto Buddy RedWingedAngel runs so feel free to check them out:
Munto Tv Facebook Page
Munto Tumblr 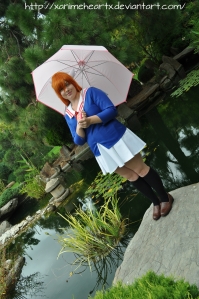 Here is some links to watch this beautiful anime series:

I hope everyone enjoyed this review !!
Please let me know if you did or you have seen this anime. I would love love to know ❤
I always get so excited when people like or have heard of this series 😀 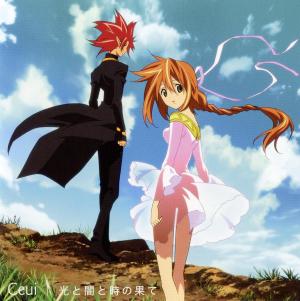